“You Just Keep Bad Things Away from Your Project — That’s What a Director Does”: Katerina Cizek on the She Does Podcast 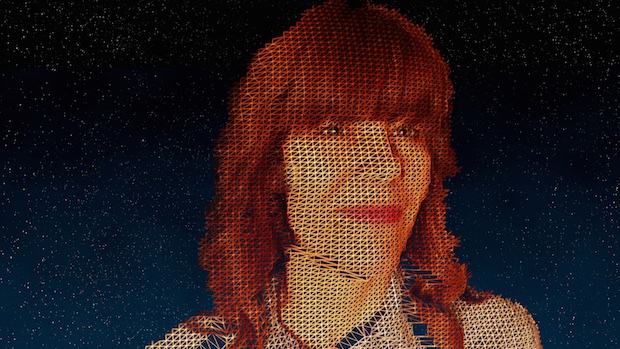 by Elaine Sheldon and Sarah Ginsburg
in Filmmaking, Transmedia
on Jun 3, 2015

Katerina Cizek is an innovative documentary storyteller who works across many media platforms. She’s currently the director of the National Film Board of Canada’s multi-year project entitled HIGHRISE, which examines life inside residential skyscrapers in suburbs around the world. Since it launched in 2009, HIGHRISE has generated interactive documentaries, mobile productions, live presentations, installations and films that have garnered Emmys, a Peabody, Webby Awards and recognition from the World Press Photo and IDFA Doc Lab, among others.

On June 2, 2015, Kat and the NFB released the latest and final HIGHRISE project, “Universe Within,” that explores people’s digital lives online. In episode 11 of She Does podcast, Kat talks about growing up in Waterloo, after her parents escaped the Russian invasion of what was then Czechoslovakia. About being at the frontlines of the Oka Crisis in Canada, a defining moment in her career and first-nations history. And about her nearly 11-year relationship with the National Film Board of Canada through the Filmmaker in Residence and HIGHRISE projects. Kat helps us realize new ways to approach technology in meaningful ways, and challenges us to evaluate our methods and ethics as storytellers.

The Role Of A Director
I think the easiest way to describe my role, which I don’t think it’s changed from documentary film directing, is that you just keep bad things away from your project. That’s what a director does. All the great things that happen in a project it’s not really because of you, but if the bad things creep in that’s your fault. Especially with digital projects where you’re working with so many little pieces, and sometimes a lot of the people that are working on the same project don’t even meet. So, how do you make sure that what is coming into that final soup pot is all working? There is nobody else that knows what’s in that soup, except for you. If something doesn’t feel right, don’t let it slip through. Even if other people are saying, “It’s fine.” You’re the one that has to say, “No it’s not.”

Creativity In the Margins
Walter Murch, who is one of my editing heroes, talks about how in the early years of cinema, most of the editors were women. Editing was “relegated” to women as a craft, as knitting or sewing, and that I find hugely inspiring. Where a lot of the true creation happens, I believe, is sort of in the margins, and oftentimes that’s where women have been.

Value Relationships Over Technology
I have been preoccupied with the role of the subject for most of my working life. It’s about understanding that a subject isn’t a subject. A subject is an agent in their own world and how can we work together to create interesting media that will contribute positively in this community. The relationship that you create with a camera entering a room can be very positive or it can be very negative. It’s up to you to decide how to go about it. This incredible revolution that we’re going through provides a moment everyday with new technology to really question our methods and our relationships with the people that we work with. Too often we get so enamored with the technology that we forget about that stuff.

On Creating a Product Out of The Process
In more conventional methodologies, you think of your product first. You think, “I’m going to make a 52-minute documentary film, or I’m going to make a digital documentary that lasts about 20 minutes.” You define what the end goal is and then you work towards it. But what’s very different about both Filmmaker in Residence and Highrise is that it’s all about defining the relationships. We met once a week with residents in a highrise for almost three years, just to talk to them about their experiences. And then at a certain point ideas would come together. Something from the work that we’re doing with residents, the work that we’re doing with academics, and some of the conversations with technologists would come together and an idea would crystallize for me. And I would think, “Yes, this is the moment to do something. To create a product out of the learning that we’ve had.” The product comes out of the process, as opposed to defining the product and figuring out the process to get there.

On VR (virtual reality), The Future And Empathy
They have called the new VR “the empathy machine,” but what does that mean? Once we have elicited empathy, how do we translate it into action back in the physical world? There’s so many questions there that I think are not unlike the other big technological questions that I think we’re going to be dealing with, not just with documentarians, but as a society. Artificial intelligence is a huge one, and VR isn’t far off from that discussion. Where does the human end and the computer begin or vice versa? And who’s watching who?