“Kickstarter is Based on Such an Optimistic View of Humanity — That People will Give to an Idea”: Liz Cook on Crowdfunding 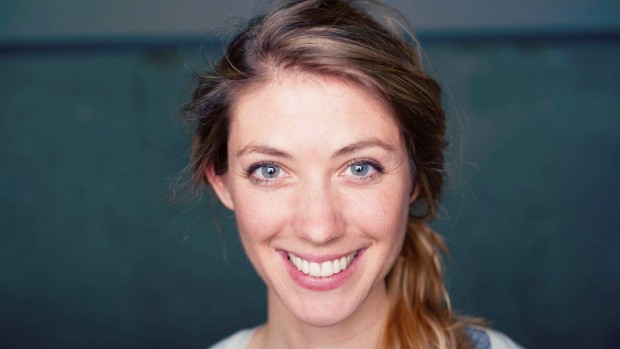 I’m sitting in a small cinema in Berlin watching Mad Max: Fury Road, thrilled by the action and by the fight for freedom. Less thrilling is the guilty reminder of today’s massacres in Syria or human trafficking epidemic. I feel a similar pang of conscience while re-reading passages from Medea during real-life Greek tragedy, while the potential Grexit compromises the entire economic stability of the Eurozone. I’m torn between bearing the responsibility of world strife personally, as a passive consumer, and indirectly, as a helpless Samaritan. I can sometimes evade my guilty conscience by damning society. But even then, I’m left with the hollow feeling that anything devoid of real-world impact is an insignificant or self-indulgent pursuit. At my lowest, even when I remind myself that art has the power to change the world, I doubt its intrinsic value in the context of today’s problems.

Let me rewind to when I first met Liz Cook in Paris at the Champs Élysées Film Festival. I spotted her in a bathroom then blindsided her with an abrupt introduction; she was undeniably startled. By the after-after party that night, all was well — we were comfortably nestled together in a birdcage-shaped swing-set and drinking whiskey, a buffer for a great interview, I assured her. Despite the distraction of relatively cute but intruding Parisian mice, and frequently interrupted — or I think the obnoxious but appropriate term here is manterrupted — Cook managed to tell me about teaching summer-school science, her experience living in India, and her enthusiasm for working at a company that values art as a purpose in and of itself.

After the birdcage conversation, I saw Cook briefly the following night before she headed back to New York. But one of us must have snuck off before commencing a round of goodbyes. I try to avoid the Irish Exit myself, more suitably known today as “ghosting.” But it’s a convenient temptation that takes little skill to master. And it’s more attractive to me than non-committedly hovering by the door while texting nonsense and knocking back one last drink — an indecisive exit strategy not too dissimilar from the limbo of today’s Grexit.

I’m realizing, the thing about the Grexit is that it’s contingent upon political and economic action, but the reality of change is more often defined by political and economic gridlock. And the more we complain about our inadequacies to act, the more inadequate we are. I suppose we could keep hoping for change because it’s not that investing in significant world change is a hopeless endeavor; it’s just that investing in stories, in creativity, in art — as Kickstarter has well demonstrated — is a more promising one. And I don’t think there’s a price tag on the intrinsic value of that.

Before moving to New York and working in acquisitions at SnagFilms, Cook lived in India working for KM Music Conservatory. Currently, she’s handling film outreach for Kickstarter. She is a graduate of Miami University in Ohio.

Why did you choose to attend Miami University?
I put about fifteen interesting options in a hat, literally. I did curate what was in the hat, but they were all really different schools. My friend suggested I include Miami of Ohio because his grandparents worked there. I would have been happy to go to any of those schools. I felt that as long as someone was proactive and creative, you could get a good education in a lot of different places.

What did you do after college?
Right after college I got a job working for the State Department in Strasbourg, France. I reported on the European Court of Human Rights and the Council of Europe and eventually found a good crew of friends to explore the surrounding region in our free time.  It was my intro into living alone abroad, and I absolutely loved it. It was actually a professor I met at Miami of Ohio who later suggested a job opportunity in Chennai, India. I decided to follow through on his idea, which is how I ended up working for A.R. Rahman, an incredibly talented composer and musician. It was totally wild, so wonderful.

How was adjusting when you returned to the U.S.?
I found it hard to come back home to DC in a way. I was so happy to see my family and friends again but I didn’t even realize how much I’d changed until I was back. I decided to move to New York because I was craving the cramped chaos and the anonymity that I had in India — and they’re kind of similar in a way. Instead of rickshaws, it was cabs, and instead of sidewalk Samosas, it was sidewalk pretzels. I think one day I’ll be interested in moving, maybe to a quieter place, but I haven’t made any moves towards that yet.

Because you doubt the likelihood of leaving New York or because you question whether you’d be happier somewhere else?
Well, I’ve always questioned myself in everything. The film community in New York has always been a very supportive and friendly environment, but especially at Kickstarter, I feel like I’ve really found my people. It’s an incredibly special place with a very clear mission.

Film?
It’s not just film. Kickstarter is an ecosystem of lots of different ideas that sit side by side. It’s a melting pot of varying perspectives and ideas and ambitions. I work with a game specialist, a music specialist, a publishing specialist — there are 15 different categories in total. Everyone has such a deep understanding of their own communities that I don’t feel solely entrenched in the film world. It’s so refreshing.

Can a Kickstarter launch from anywhere in the world?
We are expanding internationally very aggressively and so far, projects can be launched from a huge portion of Europe, the UK, Australia, New Zealand, and Canada. But anybody in the world can back a project — we’ve even had someone from Antarctica back several projects.

Why do you think so many campaigns succeed?
Kickstarter is based on such an optimistic view of humanity — that people will give to an idea. There’s been more than 88,000 successfully funded creative projects and we’ve seen 1.8 billion dollars pledged. It’s been amazing to see this enormous community continuously find and support new projects on the site. It’s a ridiculously optimistic place, which is contagious I think — that feeling of excitement over new ideas.

It’s more about the creativity of the idea than the potential for commercial success or financial viability?
Right. Creativity, art for art’s sake, is traditionally undervalued but so important.

So equity crowdfunding isn’t of interest?
Kickstarter is about assessing the value of ideas based on something beyond their financial viability. It’s not that we aren’t interested in watching what equity crowdfunding does. We are going to be active observers. But backing a project because it’s a sound investment would significantly alter the playing field in terms of what’s getting funded. Simply supporting projects because you are excited about an idea or as a way to deepen your relationship with the creator is something we want to continue to stand behind.

How do you respond to people who are reluctant to crowdfund?
At the end of the day, everyone runs their own Kickstarter project so people need to want to do it without feeling convinced or pressured into it somehow. It’s more about figuring out how we can be the best resource for people who are interested in running projects. It’s also about talking to folks who are curious but have no active interest in it and to help them think through different possibilities for their particular projects. That said, there are certain people who rule it out or don’t necessarily consider it even when it’s immediately obvious to us that it’s an ideal project for Kickstarter. It’s always fun to talk about those projects and to get excited about their potential on the site.

How many people handle film outreach in the company?
There’s three of us — George Schmaiz, Dan Schoenbrun, and me. We work very closely together and we travel all the time, sometimes together and sometimes separately. We don’t have clear-cut divisions on how we work, but I typically travel for documentary festivals. George does a lot of our genre outreach, and Dan does some doc and other general big festivals. They’re the greatest.

Why do you think some projects don’t reach their funding goals?
The funding graph typically plateaus during the middle of the campaign so the middle slump is probably the hardest in terms of thinking creativity about engaging people after the initial excitement of the launch or the urgency at the end of the campaign. If a project doesn’t reach its goal, we encourage some creators to try again because we see that when projects launch for a second time, they are much more likely to get funded. Whether or not a project reaches its goal, we would like to be a resource to creators and to continue to be a supportive community that helps brings these projects to life.