The Rasmussen Brothers on Shooting Their Microbudget Horror Film, The Inhabitants, Part One 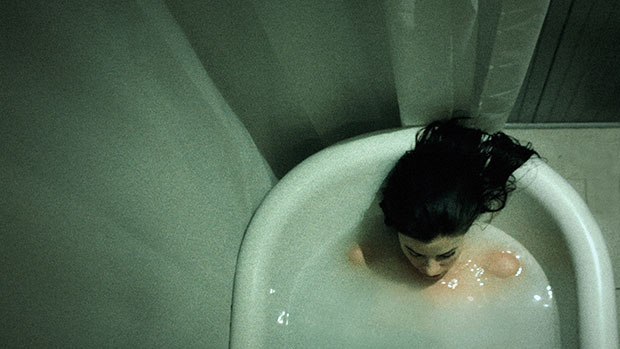 by Michael Murie
in Directors, Filmmaking, Interviews
on Oct 21, 2015

Two years ago the Rasmussen brothers, Michael and Shawn, spoke to us about the production of their low-budget horror movie Dark Feed. Now the directors and screenwriters (they scripted John Carpenter’s The Ward) are back to talk about their new New England-set horror film The Inhabitants, and the lessons learned making a movie on an even tighter budget.

Filmmaker: How did this project start?

Michael: The whole thing came about as we were finishing Dark Feed. One of our filmmaker friends said, “You want to keep the momentum going and get started on the next project.” A producer friend who had helped to produce Dark Feed and had produced our previous film Long Distance owns this house that he told us was haunted and had this historical background that goes back to the Salem witch trials. That got us interested in the idea of doing something that would be very contained, even smaller than Dark Feed in terms of cast and budget. So, we took the lessons we learned on Dark Feed and rolled them over into the new project while they were still fresh in our mind. We sat down, wrote a script that was much simpler to film than Dark Feed and was more character-driven, and went from there.

Shawn: On Dark Feed our production designer had said that the number one thing you need to get started on a movie is the location. and this location was pretty special — it’s one of the oldest houses in New England; it was the house that Reverend Samuel Parris moved into after his daughter and his niece accused all those women of witchcraft during the Salem witch trials. As soon as our producer said that he would allow us to shoot a film there we realized that we had to come up with a story quickly and make a movie before he changed his mind. 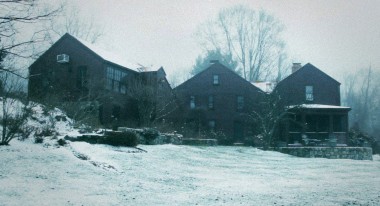 Filmmaker: How would you contrast this film with Dark Feed?

Michael: With Dark Feed we had three or four auditions and had about 40 people come through each audition. We had them read sides and do the whole thing, and we felt that that was really impersonal; we had a hard time getting a grasp of how talented the people were.

On this one we said we weren’t going to do an audition, we were going to go with people we knew and had worked with on Dark Feed and use their strengths to our advantage, and we actually wrote a script with the two leads in mind.

We knew Michael Reed from Dark Feed — he was the pompous character — and Elise Couture was the craft services woman who blends her hand. We thought she had a lot of talent that we weren’t able to utilize, so we wrote the script knowing what their strengths were.

It almost wrote it itself knowing those two actors were going to be the couple and knowing the location. Dark Feed was a script first — we had no cast, and we had to scrape together these locations, which were horribly remote and had no plumbing and had no infrastructure. This one we had a nice kitchen, we had plumbing — we had a fantastic house, actually. The producer’s wife would do our craft services. Every day we’d come in and there’d be a nice spread for us. It was a lot different in that respect.

Shawn: It was such a small production, it was basically Michael and I and maybe a couple of floaters each day, and the two actors, and we had a few other actors involved, but it was a very relaxed shoot, very intimate.

Michael: Dark Feed was a very low budget movie, but this was smaller.

Filmmaker: You wrote it for your leads, but did you ask them first?

Michael: We actually did not lock them down before we wrote it. Michael had gone out to L.A. but we knew we could get him back here because he has family in Rhode Island. After Dark Feed we had became really good friends with Elise and her husband, and we had actually auditioned her for another project, so I think we knew that she would come on board, but I guess it was a risk we took.

Filmmaker: How long was the shooting schedule?

Shawn: It was really different. We made our shooting days about 10 to 12 hours each day, and we really stuck to that. On Dark Feed we would be starting very early in the morning and we wouldn’t be done until very early in the morning the next day, getting a couple of hours of sleep between each day. This was a lot less brutal; we really tried to make it a much more manageable shoot from a time perspective.

Michael: And we shot it around Thanksgiving, so we had Thanksgiving off. That gave us some time to regroup. We had the holidays, Christmas and New Year’s, and then came back and did a final week. Having that time to de-compress and make sure you have things really benefited us. With Dark Feed, once we started, there was no break.

Filmmaker: What did you shoot on?

Michael: We shot on the Canon 7Ds again. They’re actually the same cameras we had for Dark Feed.

Shawn: We basically used the same equipment that we used on Dark Feed so we didn’t have to go out and buy much.

Filmmaker: Did post-production change in any way?

Filmmaker: What could you have done to make the post-production shorter? Other than throwing money at it?

Michael: We had an editor who helped us cut it, but then you just keep revisiting it and that’s the problem I guess; having a project that’s just Shawn and I, so the only people that had to tell us we’re done were ourselves. Having that ability to keep finessing and fiddling with things is good and bad.

And I didn’t mention that while we did use the same two 7Ds we used on Dark Feed, this time we didn’t have a DP and we didn’t have people to hang lights. I was basically running and gunning by myself, and Shawn was the boom and sound guy.

We also used a different lighting system. On Dark Feed we used a lot of shop lights and on this one the house is so small that we used these little LED lights that we had to figure out ways to attach them to the wall in ways that wouldn’t damage the walls. We started using those 3M strips that you use to attach small things to walls and you pull the little strip and it comes off without damaging the wall. We used that to hang these little LED lights because we couldn’t run cables through these narrow hallways. We got a really cool look I think.

In Part Two: directing while being your own DP, music and distribution.

The Inhabitants on iTunes