Five Questions with The Birth of a Nation Director Nate Parker 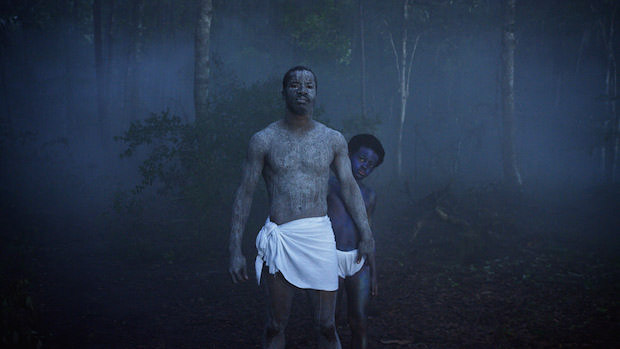 The Birth of a Nation

For his debut as a feature film writer and director, Nate Parker has told the story of a personal hero: Nat Turner. The Birth of a Nation is also the first major fiction film about Turner, the leader of an infamous 1831 slave rebellion. Parker himself stars as Turner, having appeared in more than 20 films to date, including Red Hook Summer, The Great Debaters and Ain’t Them Bodies Saints. Below, Parker speaks with Filmmaker about his film’s eye-catching title, Turner’s legacy and what he hopes modern audiences take away from this story. The Birth of a Nation premieres in the U.S Dramatic Competition at Sundance 2016.

Filmmaker: Clearly, this is a very provocative title for a film. How did you come to settle on a title with such intense racial and cinematic connotations?

Parker: When I endeavored to make this film, I did so with the specific intent of exploring America through the context of identity. So much of the racial injustices we endure today in America are symptomatic of a greater sickness – one we have been systematically conditioned to ignore. From sanitized truths about our forefathers to mis-education regarding this country’s dark days of slavery, we have refused to honestly confront the many afflictions of our past. This disease of denial has served as a massive stumbling block on our way to healing from those wounds. Addressing Griffith’s Birth of a Nation is one of the many steps necessary in treating this disease. Griffith’s film relied heavily on racist propaganda to evoke fear and desperation as a tool to solidify white supremacy as the lifeblood of American sustenance. Not only did this film motivate the massive resurgence of the terror group the Ku Klux Klan and the carnage exacted against people of African descent, it served as the foundation of the film industry we know today.

I’ve reclaimed this title and re-purposed it as a tool to challenge racism and white supremacy in America, to inspire a riotous disposition toward any and all injustice in this country (and abroad) and to promote the kind of honest confrontation that will galvanize our society toward healing and sustained systemic change.

Filmmaker: Though it was very memorably told by William Styron in his book The Confessions of Nat Turner, there have been very few feature films about the man. Why do you think that is?

Parker: Let us be clear. Styron’s book was a work of fiction; a falsified re-imagining he used to propagate his own misguided and paternalistic ideas of Nat Turner and his motives. By the time Styron’s ink dried, no longer was Nat Turner the measured, self-determined man of faith, who’s courage and sacrifice left him a martyr. He was now an impotent and cowardly, self-hating, Uncle Tom who’s ambitions regarding rebellion had little to do with the rampant torture and degradation of his enslaved people, but instead was seeped in his desperate sexual desires of white women. The consequence of this defamation? A Pulitzer Prize.

I’m sure the lack of a previous film on Nat Turner coming to fruition can be explained in many ways. If I spoke purely from my own experiences regarding my journey with Nat, I’d reduce it to two reasons. The first is economic. When I began my journey of accumulating funds, I was often reminded of Hollywood’s popular conundrum: “for the financing of a film to make sense, it must have a white (or more specifically non-black) actor in the lead. For if there is a black man in the lead (who isn’t one of two very famous black actors) territories abroad will likely refuse the product.”

This self-perpetuating notion of the black lead as box office poison often kills material before it takes flight. I’ve often seen this issue ‘remedied’ with a white co-lead to offset the ‘risk’ of having a black lead on his own. Unfortunately for the Nat Turner story, it doesn’t lend itself to the ‘two hander’ model.

The second reason, I believe, revolves around the misrepresentation of Nat Turner. Because history has strategically painted him with the brush of villainy and controversy, filmmakers have struggled with how to bypass the stigma commonly associated with his legacy.

Filmmaker: In addition to educating viewers on a historical figure, what do you think modern audiences can take away from the story of Nat Turner and the slave rebellion?

Parker: I hope audience members leave with a better understanding of how morally compromised systems can make even the most well-intentioned complicit. If we are to affect the change we wish to see in the world, on behalf of our children and children’s children, we must develop a riotous disposition toward any and all injustice.

Filmmaker: Much of the discussion around 12 Years a Slave concerned the rather stunning lack of films about slavery in the American cinema. Was The Birth of a Nation conceived before or after you saw that film, and do you think the film may have opened American audiences to seeing stories about slavery?

Parker: I began writing The Birth of a Nation a few years before I knew of the book or film 12 Years a Slave. That said, there is no doubt watching the film further emboldened me in my desire to bring Nat’s story to life. 12 Years a Slave exposed America to its first, honest, mainstream representation of slavery as an institution. Through its themes of endurance and resilience, it provided a snapshot of life in chattel captivity.

While we have seen films dealing with the period of slavery through themes of endurance and resilience, we have rarely seen those dealing with resistance and self-determination from the position of the enslaved. It is through this angle I hope audiences will continue to engage; having their eyes further opened regarding both those who endured and those who resisted.

Filmmaker: Was it ever a question that you would cast yourself as Turner, or did you consider other actors for the role?

Parker: There was never a question. Nat Turner was my hero long before I became an artist. Knowledge of his exploits provided me courage needed to set aside my college degree to pursue my purpose in the arts. I guess it’s only fitting his life would eventually manifest itself as the paint to my canvas.