“The Limits of Love in Friendship”: Director Miles Joris-Peyrafitte | As You Are 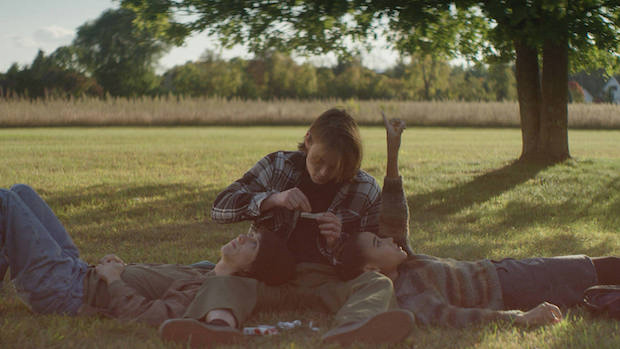 I think As You Are from the outside is obviously a story about friendship and love. Specifically the limits of love in friendship. This is what the characters are constantly navigating throughout the film. They try to place the connections they find with each other within these kind of preordained, culturally excepted parameters. It’s the tension between those parameters and their impulses that drive the narrative. That said, the story underneath it all I think is really about memory. At least that’s something that interested me more the deeper we got into the film. Obviously, the film’s structure reflects this to a certain degree. But that idea of the way memories erode or change, solidify or become manipulatable is something I think is integral to the film. The film, like most, is hung upon its culminating tragedy. What I began to discover while making the film is that I was much less interested in the objective “truth” of that event, and much more interested in how the construction of each character’s memories aligned the audience in certain ways. Presenting the uncertainty, or lack of objectivity, creates opposing narratives of what actually happened. Given the mysterious circumstances of the event I think it’s crucial to maintain a certain amount of skepticism of what we think happened.

I, like I think many others, have become pretty bored of the “coming of age” genre. It’s pretty much the “singer/songwriter” of film. Not because either of those things are intrinsically uninteresting, but more so because I think stories about young people are oftentimes looked at through a veil of nostalgia. Actively distancing the stakes of a story from those inhabiting it. Discovering and incorporating this larger idea of memory in the film I hope allows the viewer to experience it within a similar emotional state as the characters. This for me is the secret story of the film I discovered.