“Dear Crew”: A Doc Filmmaker Prepares Her Crew for 10 Weeks of RV Living 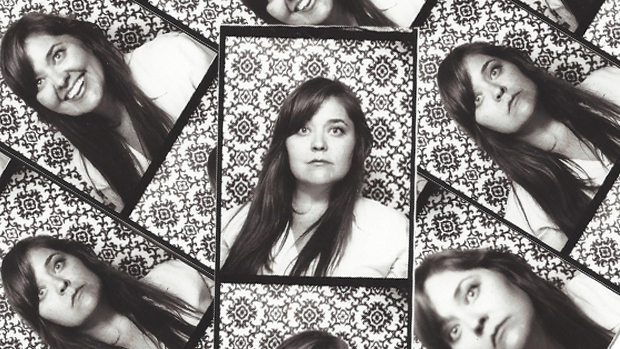 by Emily MacKenzie
in Filmmaking, Production
on Apr 25, 2016

Filmmaker Emily MacKenzie is currently on Kickstarter with her documentary Scar Story, about Paulette Leaphart, who survived breast cancer following a double mastectomy, and who will be raising awareness by walking topless from Biloxi, MS to Washington, D.C. MacKenzie, producer Sasha Solodukhina and their crew will be traveling along with her, and they are now in the final nine days of their campaign to raise production funds. Below, MacKenzie shares a letter she has written to her crew — and partly to herself — about the challenges that lie ahead. Consider donating here at Kickstarter.

I am writing to begin getting us all on the same page for the practicalities of filming the next couple months and to discuss what this documentary we are making is all about.

So, where do we begin? First order of business is to consider RV living. Begin to wrap your heads around the reality of sharing a small space with four other people. We’re going to be roommates as well as collaborators. I look forward to the adventure but am emotionally preparing myself to be mad at you all for your feet smells and also to annoy you with my own idiosyncrasies. Sharing a bathroom the size of a doormat will prove interesting. Consider stockpiling dry shampoo, wet naps, and extra strength deodorant. It’s an investment in our emotional health, as important to this production as an endless wellspring of AA batteries.

(How do you explain to your devoted crew that we have to trust that the story will unfold in front of us, and that while we may know the basic narrative — a woman walks 1,000 miles from A to B, and things happen along the way that change her and her family’s life forever — we really can’t know what’s going to happen day to day. How do you approach a subject you know, but have yet to know in the context of their story that hasn’t happened yet?)

I digress. This is going to be an exceptionally scrappy production, everyone will be wearing multiple hats when it comes to procuring/preparing food (note: Justin can’t have peanuts, Sasha has been on a fermentation spree and doesn’t like food that tastes like cold saliva; Eric eats anything; and Emily must have a steady supply of avocados), caring for gear, driving, protecting each other from sunburns, and so forth. I look at us as a single unit, each of us acting in whatever capacity we can, in whatever capacity is needed during the shoot. You all are production superheroes, and I am so pleased to call you my roommate co-workers (feet smells and all).

Documentary filmmaking, this strange endeavor! We have to take a leap of faith, to trust that the story of the person we are filming will unfold and evolve before the camera’s lens and within the short amount of time scheduled to be in their lives. We have to sit back and observe as intensely and patiently as possible. Then we make the choices — where to place the camera, who to mic? How long to let the camera roll before moving on to film that lovely sunset outside? (Because we will be filming lots of sunsets. And dawns, but more on that later.) We will never know when a revealing moment will transpire; we will never know when someone is going to say something profound, or profoundly mundane. We have to become experts in the slightest of interactions, expressions, movements — mining for small gestures that betray the deeper emotional story of the people we are filming with — and reveal who they are without having to hit an audience over the head. No interviews in this documentary, no sirree. So look — watch everything, listen to everything. Think of yourself as a detective.

We will live in an RV alongside Paulette and her family. We will spend time with them everyday, always hoping that by training a camera on someone’s face during conversation all those emotional arcs, changes in feeling, all those subtexts will emerge in the image. Somehow we and our recording gear will become transmitters of these people’s experiences and feelings.

(One piece of advice a boss gave me on another project was that I should be a shameless busy body. Enlist everyone in the crew to become obsessed with understanding the people we are filming with. Read them like novels, relishing and dissecting every chapter as it writes itself in real time. Talk about them, analyze and reanalyze conversations we’ve witnessed like hyperactive teenagers trying to decipher the cryptic text messages between crushes. In short, be totally unnaturally, unhealthily, unbalanced-ly obsessed with making sense of the people we are filming.)

I am sure the story is already right in front of me; I just don’t have the hindsight to see it yet. I’ve got hunches and instincts and interests, but by trying to nail them down and say what they are now, I’d limit the potentiality of other emotional arcs. Better to let it be loose. Unfortunately that means my instructions are as vague as “We’re gonna talk about God and the film should ultimately feel like a deep sigh at dawn,” which is hardly a directive to give your DP. Cryptic dreams about fields at twilight and the way stars look as they emerge in the sky’s waning light seem to be silent clues to what this is all going to turn into…

But wait! How does that translate to the day-to-day realities of production life on the road? The crew needs some kind of concrete parameters to work with.

Probably best to just stick to instructions regarding what kind of footwear to pack for the long journey. Consider a serious investment in deodorant, extra socks, and sunscreen. No nuts in the RV because we don’t want to give the DP anaphylaxis. Supply of chamomile and coffee non-negotiable! Producer will need her own stash of red wine, which no one is to touch unless it is immediately replaced, because give the woman a break, she’s done too much already. If you see the director awake at 4:00 AM staring desperately out the RV window, don’t worry, that’s just her usual night terror, she’s thinking of dawn again and wondering about God. She can be so hyperbolic and insane at 4:00 AM – just ignore it. And of course, I cannot emphasize enough the importance of those wet-naps. Let’s all just hope that after this, after this 1,000 miles together in an RV is over, we’re friends forever with a stellar documentary to be proud of.