“There is a Certain Freedom to Being an Outsider”: Garrett Zevgetis on Best and Most Beautiful Things 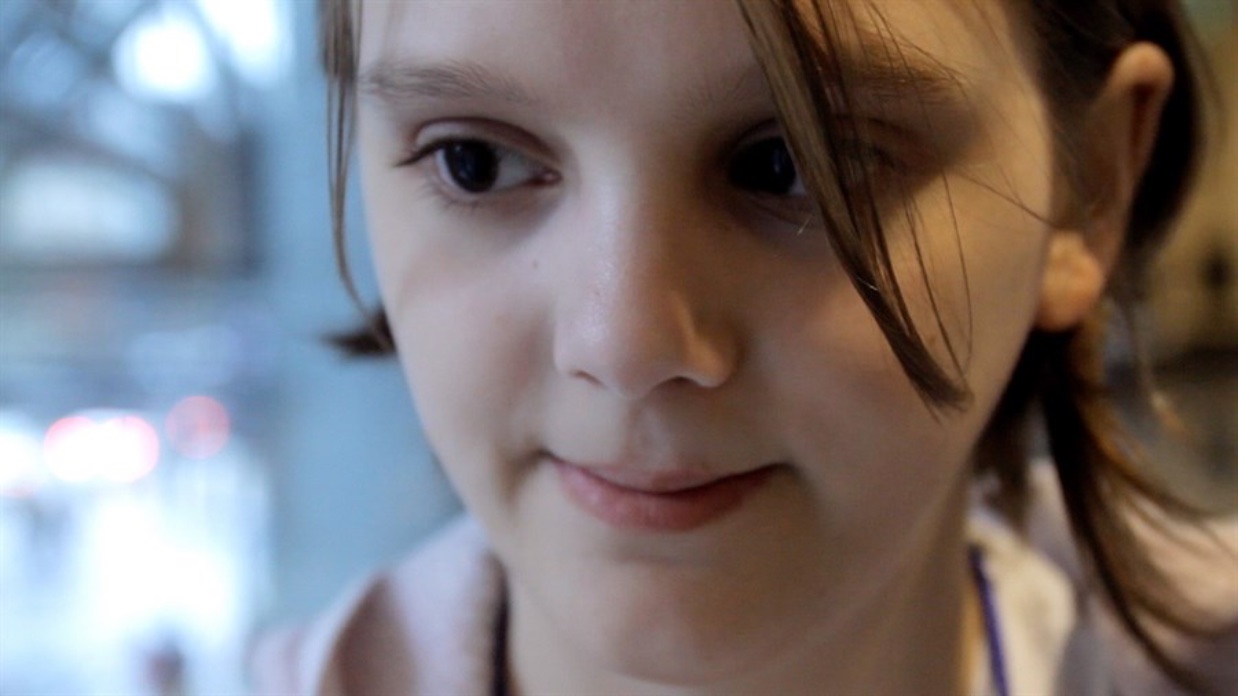 Best and Most Beautiful Things

by Lauren Wissot
in Directors, Interviews
on Dec 2, 2016

Boston-based filmmaker Garrett Zevgetis’s SXSW-premiering Best and Most Beautiful Things (its title a nod to Helen Keller’s words) is a cinematic portrait of a young woman in Bangor, Maine, a recent high school graduate who is searching for a job to suit her skills. An anime devotee whose rebel fashion sense seems to be influenced by her vast Werecat Sisters doll collection, Michelle Smith also happens to be legally blind and has Asperger’s syndrome. As the doc progresses, though, disabilities fade into the background, upstaged by Michelle’s determination to assert her individuality (including exploring BDSM) and live her life on her own terms. In other words, just like every other 20-year-old emerging into autonomous adulthood.

Indeed, the small moments in Michelle’s coming-of-age-journey that Zevgetis captures are every bit as inspiring as the grand natural beauty of Maine. Patiently letting the story unfold, Zevgetis gives us a glimpse into the battles Michelle’s disabilities have forced her to wage — namely against condescension, preconceived notions, and other people’s ignorance (which, as Michelle puts it, should not be her burden to bear). Filmmaker was fortunate enough to speak with the Boston-based director about all this and more prior to the film’s December 2nd, NYC premiere at Cinema Village. The film rolls out to other markets in the days ahead, and it is also currently available on the Kanopy streaming platform.

Filmmaker: I can imagine there was quite a bit of tricky negotiations involved in working on this project. When you begin filming Michelle she’s still living at home, not fully independent. So what’s it like training your lens on a subject surrounded by (well-meaning) family members and professional supporters who don’t always believe she’s able to decide what’s best for herself? How did you define – and push – boundaries?

Zevgetis: I trusted myself and I trusted Michelle, and I’m proud of that. The most important thing is that I had many long conversations with Michelle off camera on the phone, and I clearly understood how much of a deep thinker she was. So every time someone defiantly doubted Michelle – and it would happen often – I would say to myself, “Well, they must be doubting me too because I believe in her!” Even some people in my film crew doubted Michelle. That’s what I love about Michelle’s message of believing in yourself – as I had to believe in myself to tell this story!

Also, this film is supposed to be from Michelle’s POV, so it was important for me to capture – and not explain – that confusing feeling of adults often being wrong in your life. That’s exactly why Jeff Migliozzi, Michelle’s teacher in the film, teaches his students that it’s “up to you” because, as a disabled person himself, he knows that his students will come in contact with misguided, though well-meaning, adults. And by the way, the fact that those adults are well-meaning makes it even harder for a young person, because they feel guilty about their feelings – and that’s confusing, too!

And lastly, my amazing team helped me define and push boundaries, especially the strong women on my team. Both cinematographers were women. Sarah Ginsburg, who is also an editor, and Jordan Salvatoriello, who is also a producer. Producer Ariana Garfinkel was my rock. And we had A-list veteran filmmakers whose guidance was essential. My film hero and mentor, award-winning producer and editor Jeff Consiglio, and our executive producers Claudia and Kevin Bright – Kevin being one of the most successful television producers in history. So I was in good hands, to say the least!

Filmmaker: One of the most remarkable things about your film (and Michelle) is how universal her story truly is. She’s a legally blind woman with Asperger’s syndrome, a person deemed “other” by society, who eventually finds acceptance in a community of other “outcasts,” nonconformists whose behavior is deemed outside conventions. I mean, this is basically the template for a John Hughes movie! Were you surprised by how “normal” Michelle is in her “abnormality” – or was that what attracted you to her as a subject in the first place?

Zevgetis: Awesome question. Yes, that’s what attracted me to Michelle as a subject. And it’s so interesting that you referenced John Hughes, because Hughes died when I was just starting to make this movie. And I would read stories about how Hughes was a teenage outcast, and how Molly Ringwald became something of his muse, and all that rang true to me. Many of those conversations Michelle and I had on the phone were about us both feeling like an outsider at school, and doing our best to not conform. My mom was a single parent and we had to move a lot when I was a kid, so I went to many different schools. I remember often skipping lunch period and hiding in the stairwell so I didn’t have to sit alone in the cafeteria, or kiss anyone’s butt to sit at their table, and Michelle had similar stories. Michelle and I would talk about how there is a certain freedom to being an outsider, how it can be liberating to not be part of the popular crowd. Michelle is now my barometer of “normal” because she is one of the most free and honest people I’ve ever met.

Michelle told me that it especially works for her because, being on the spectrum, she likes the structure of it all. Which is another lesson I learned. People on the spectrum might have different interests, but different doesn’t mean “less than.” By the way, when people tell me they are worried Michelle would be taken advantage of at one of these parties, I ask them if they’d rather she be exploring some of these things at college frat parties.

Filmmaker: On that note, your film also reminded me a bit of Kirby Dick’s 1997 doc Sick: The Life and Death of Bob Flanagan, perhaps one of the greatest S&M love stories of all time, in terms of its depiction of finding peace and acceptance of oneself through kink. And Bob Flanagan – a performance artist with cystic fibrosis who was capable of experiencing amounts of pain no “normal” person would be able to handle – certainly proved that differently abled is a much more accurate description than disabled. What were some of the biggest lessons your learned through following Michelle?

Zevgetis: The journey of making this film was a no-lose proposition for me because it gave me an excuse to take a path where I learn and become a better person along the way. One of the biggest lessons I learned from following Michelle is something we’ve all been taught, that patience is a virtue. What’s the big rush? People with disabilities might require a little more time or assistance, but the return on your patience is a perspective you’ve never been exposed to. I’ve come to view “disability” as a diversity issue. It’s not about accommodating – it’s about enriching your life or workplace with someone who has a unique worldview. Michelle has deep interests – some people call them obsessions. I call them passions. A wise man once told me that, “The key to life is to give a shit.” Well, Michelle gives a shit.

Filmmaker: Finally, I find it fascinating that you’re a documentary filmmaker who served in the US Navy during Desert Storm. I’ve interviewed quite a few conflict documentarians, though I don’t think I’ve ever chatted with a filmmaker who’s actually been in the military. How do you think your time in the service influenced both your choice of stories and your POV?

Zevgetis: I think my time in the service made me appreciate our commonalities as humans. I was fortunate enough to travel extensively and interact with many different cultures, and my shipmates were of every race and religion. I watched as women were just starting to be allowed to be part of the crew, and I witnessed the positive effect that had. I think the service also toughened me up. The best advice I got about filmmaking was from Lou Wiley, the original executive editor of Frontline. He said that the key question when making a film is, “Do you have the wherewithal?” And I thought, damn – I may not be artistic or talented enough, but I know I can be tough enough. I joined the military to serve something larger than myself, to serve a greater good. And I’m doing my best to continue that with documentary filmmaking.