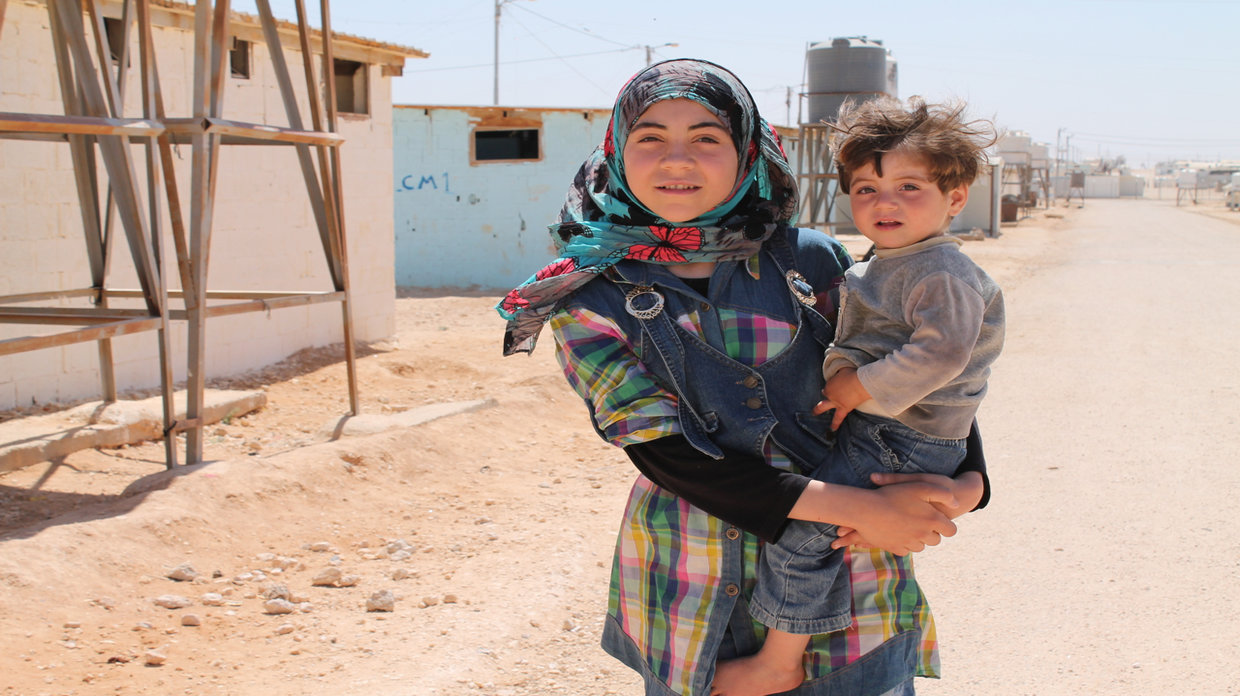 Behind the scenes image of Sidra outside from film, Clouds Over Sidra, Courtesy of UNICEF Jordan. Photo Credit: Toby Fricker.

by Paula Bernstein
in Festivals & Events, Filmmaking
on Sep 15, 2016

“We’re great with empathy, but we really want action because we’re the UN. We need to shift the needle on things,” said filmmaker and United Nations creative director Gabo Arora about the UN’s first virtual reality app, UNVR, which launches today.

The app launches with four VR films, including Clouds Over Sidra, which was created by Arora and filmmaker Chris Milk as a collaboration between the UN Millennium Campaign and UNICEF Jordan. Shot at the Zaatari refugee camp, Clouds Over Sidra tells the story of life inside the camp through the eyes of a 12-year-old girl named Sidra. The Sidra Project, which uses the immersive film as a way to build community awareness during Syrian refugee resettlement throughout Ontario, also launched today.

On Sunday, September 18 as part of the Screen Forward Conference during IFP Film Week, Arora will present “Communal Virtual Reality: Testing the Bounds of Empathy” where he will demo the new app and talk about ways filmmakers can create content for it.

The idea behind the app is to use the power of immersive storytelling to create empathy and promote positive social change. “We’re trying to use the four films to get people engaged and to take action,” he said.

“Our first VR film came out in 2015 and at that time, there weren’t many VR apps and we were on Within‘s (formerly Vrse), which is one of the best VR apps around (there are currently three UNVR films that can also be seen on the Within app).  At some point we thought about how we could add value to it in a way that maybe the private sector can’t. We really felt if we had our own app, we’d have our own identity, build specific calls to action, and people could see all the films in one place.”

The VR films have been used to great success at fundraisers and conferences around the world where they are credited with doubling donations. When Clouds over Sidra was screened at a fundraising conference in Kuwait, it helped raise $3.8 billion, almost twice what was initially projected. “We’ve seen an unprecedented amount of impact,” said Arora.

The other films on the app are Beyond the Lake about refugees from Burundi who fled to the Democratic Republic of Congo, My Mother’s Wing about a mother in Gaza coping with the loss of her two children, and Waves of Grace about the Ebola epidemic in Liberia. Three additional films will be released before the end of the year, including Home, the first-ever film with a sitting Secretary-General, Ban Ki-moon.

At the Screen Forward Conference, Arora will screen two of the films, demo the app, and detail how filmmakers can create content for the app.

“We are going to have a discussion of how filmmakers can submit content to the app and what the procedure is,” he said. “We’ll be opening this up to third-party filmmakers. We want to encourage others to work on these issues and to also try to distribute some of that content. We’ll answer some other questions about our storytelling techniques and lessons learned.”

Arora said that the plan is to release a new film every month. There’s even talk of commissioning well-known directors to create works for the app.

“There are so many filmmakers and documentarians starting to make VR films that we could highlight some of those stories which are in line with UN values. It’s good for us and it’s good for them,” said Arora.

Though VR is still in the early stages of adoption, Arora predicts it will become mainstream in the next couple of years. With the UN embracing the new technology, it hopes to make it more accessible.

“Things are about to shift in a very different direction,” said Arora. “I think in a year or two years, it’s just going to be second nature for us to go into a virtual experience. For the UN to have content waiting there for them and an app waiting there for them, it gives us a little bit of a fighting chance to keep people involved and engaged in the issues. It’s important to be frontrunners in this.”

You can visit www.unvr.org for more information about UNVR’s work and to watch Clouds Over Sidra and other VR films from the UN. TheUNVR’s app can be downloaded on iOS, Android and Oculus stores.