“DUMBO is the Best Thing to Happen to Film Week”: Reinaldo Marcus Green Wraps it Up 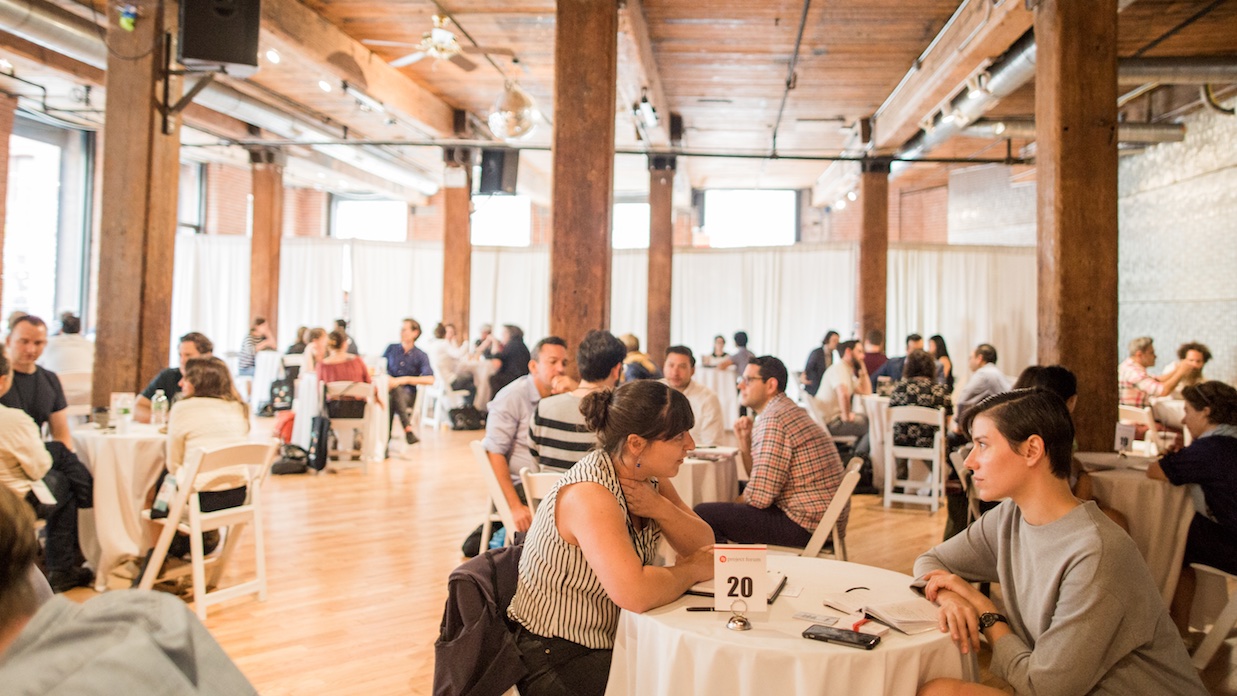 As IFP’s Independent Film Week has officially come to an end, I’m reminded again of how amazing it is to do what I do, with the people I get to do it with. With the close of this year’s program, this marks my first “hat trick” — three years in a row!

Five years ago I was sitting behind a desk, staring at a blank Excel spreadsheet, working for an insurance giant. Fast-forward five years, I’ve graduated film school, became a husband, father and a filmmaker. And in the last 72 hours, I just had more than two dozen meetings with the very best people the independent film industry has to offer.

At the beginning of the week, I likened my past experiences at Film Week to the hit show Sleep No More. And as expected, this year was no different, it was a completely unique experience.

As I now prepare to head into my cubbyhole, alone in a dark room (really just a Brooklyn coffee shop with no wi-fi), for the next couple of months to finish my script, the fear will set in that everyone I met will go away, and it will be complete deafening silence, total and utter darkness. Just me and my thoughts alone on a blank page. It will feel torturous at times. But IFP Film Week reminds me I’m not alone in my feelings. Many of us felt whole this week. Many of us felt reinvigorated about our work. Re-energized. Refreshed. Inspired. Transformed. It’s because we all are in the same boat. We all work hard to support one another and we all want to make something special and to be remembered. And to me that’s beautiful and worth every minute of the darkness and loneliness we’re about to feel.

I can’t tell you how many people I met this week that I’ve known for years via social media but had never met in person. It’s my hope that whatever online persona I have was stripped away, and people could see me for who I really am. We live in a world with emoji’s, friend requests, and retweets. It was amazing for one week to forget that, and just be Rei. I’ll be the first person to send a black-hand fist-bump emoji, praying-hands emoji, and a friend request to someone I’ve never actually met. There’s nothing wrong with that, it’s the world we live in. But it’s certainly lovely when you finally get a chance to sit down with the people on the other side of the screen, and really get a chance to know them.

As my producer Liz Lodge and I pitched our feature Monsters and Men for the 38th time, I realized just how fortunate we are to get to do what we do for a living. Film Week was a humbling reminder that the power is within all of us to tell the stories that we want to tell.

At the beginning of the week I had a few goals in mind, and I am happy to say I reached four out of five. What I didn’t do, simply because there was not enough time, was attend as many events as I would’ve liked to. Sadly, I missed the VR garden and many of the fun panels and late night events. But what I was able to do was connect with new and old friends, hear amazing pitches, learn about what’s going on in the industry, and have an opportunity to share my story with likeminded folks on both sides of the table.

Now the real work starts. I want to wish all the filmmakers a tremendous amount of luck in making their projects! As we head back to our cubbyholes, and back to the world of sharing behind the wall, just remember, there are people behind the likes on social media, and we are here if you need anything. Huge thank you to IFP for making such a lasting impression on not just me, but on the entire industry.