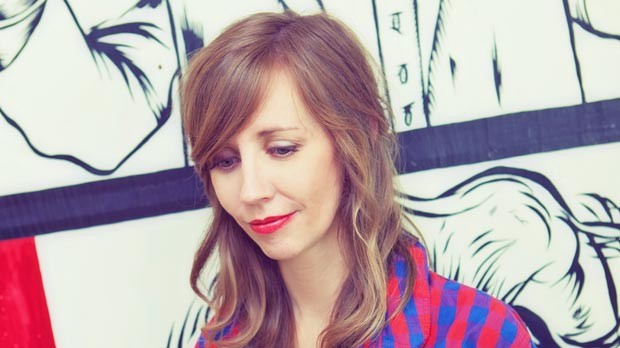 Producer Kim Sherman, whose credits in the last year include Amy Seimetz’s excellent, heat-blasted psychological noir Sun Don’t Shine and Adam Wingard’s inventive home-invasion horror pic You’re Next, was born in Wyoming, grew up in D.C., but credits her home base of Columbia, Mo., for her ability to produce independent film. “I depend on the community here in ways I wouldn’t be able to if I lived in a place with a strong [film] industry,” she says. “In New York and Los Angeles, people are so used to filming; they almost protect themselves from the films coming in. But in Columbia, people are excited. We get support from unusual sources, and from people who are interested in not just filmmaking but supporting the arts.”

Sherman landed in Columbia when she attended University of Missouri, intending to be a journalist. After graduating, she worked as both a director and producer in advertising before two things pushed her toward film production. The first was the guidance of David Wilson, a 2010 New Face who programs, with Paul Sturtz, Columbia’s True/False Film Festival. “He showed me the advantage of starting something new, working outside of the established industry and how to make lack of resources a strength,” Sherman says. The second was the arrival in town of two filmmakers, Josh Slates and Simon Barrett. “Josh, Simon and I had been good friends for years, and they coincidentally both decided to write films that could be filmed in Columbia.”

Slates’ Small Pond — “a love letter to Columbia” — was Sherman’s first feature as producer and where she met Seimetz and much of the crew she’d continue to work with. Her second was the Barrett-scripted A Horrible Way to Die, directed by Adam Wingard, and that led to two more Wingard projects, You’re Next and the anthology horror film V/H/S.

Sherman may be relatively new to film production, but she has been honing her DIY smarts for a decade as the drummer in the rock band Jerusalem and the Starbaskets. “Indie producing and indie music are similar in a lot of ways,” she says, noting that her entry to both fields came during times of changing business models. “The tools you rely on are similar — social networking, building audiences online. I feel fortunate to have always worked with limited resources, as that seems to be the current model for independent films. I didn’t have to relearn or retrain to adapt to this current model.”

Up next, Sherman is finishing A Teacher, by Hannah Fidell, who is also on our 25 list this year. She’s working with 2011 New Face Sophia Takal on her psychological thriller Always Shine and with longtime friend, collaborator and cinematographer Andrew Droz Palermo on his directorial debut One & Two — “a feature drama with sci-fi elements about two children who develop the ability to teleport.” And then there’s the band. She tours this fall and hopes to make her own directorial debut, a fiction film inspired by her experiences on the road, in 2013.