History in Under 90 Seconds: Critiquing the Barry and Jackie Trailers 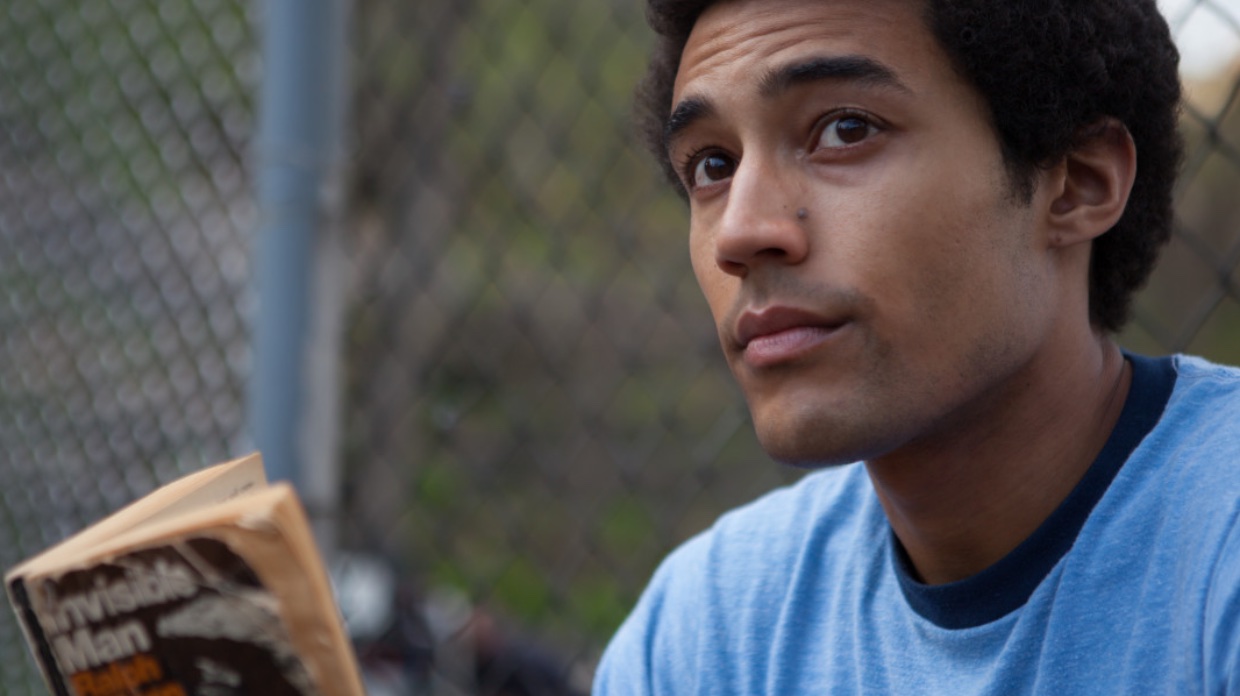 by Stephen Garrett
in Distribution, Filmmaking
on Nov 2, 2016

Stephen Garrett’s “The Art of First Impressions” is one of Filmmaker‘s most widely read articles, an insightful and incisive guide to making a great movie trailer. We’re happy to have Garrett, who is not only a critic but also the founder of the trailer and marketing house Jump Cut, back writing for Filmmaker, beginning with a regular series on the creative direction of today’s most noteworthy trailers. This first installment begins with Garrett examining teasers for two films about political figures acquired by their distributors out of the Fall festivals: Barry and Jackie. — SM

Despite a punishing election season that features the two most unpopular presidential candidates ever, a couple of recent trailers are here to remind us that political figures don’t have to be so downright disillusioning. Hard to remember, but they’re actually supposed to inspire.

A pair of upcoming biopics — one about the political birth of a president, the other about the literal death of another — are coming out in December, and the initial marketing campaigns for both are spot-on. Vikram Gandhi’s Barry (from Netflix) depicts Barack Obama’s first year at Columbia University, and Pablo Larraín’s Jackie (from Fox Searchlight) examines how Jacqueline Kennedy shaped her husband’s legacy in the week that followed his assassination. The films are fundamentally about identity. And their respective trailers, aptly enough, are all about branding.

They’re actually teasers, so, by definition, they’re briefly pitching the basic premise of each film. This is partly out of necessity: the pair of Oscar-bait films were quickly snatched up during the Toronto Film Festival in mid-September and their teasers debuted a month later, which is breakneck speed considering that awards campaigns are mapped out as much as a year in advance.

Indie releases don’t usually have teasers, either, since the marketing budgets are so much smaller than studio films. But in this case, when the release window is especially tight, it makes sense that Netflix and Fox Searchlight wanted to get at least a teaser out as quickly as possible. Because teasers are literally shorter than a trailer — usually :45 to 1:30 in length, as compared with 1:30 to 2:30 for a trailer — and because they deal with setting up an idea instead of explaining a story, they also take much less time to create than a traditional trailer.

Barry is the shorter of the two (at :30, it can conveniently pull double-duty as a TV spot) and arguably the more inspired. As befits a teaser, it is much more conceptual, music-driven, and dialogue free. To the gospel strains of “Nobody Knows,” by Pastor T.L. Bartlett and the Youth For Christ Choir, the teaser shows mainly just the back of Obama’s head. It kicks off with him on a subway platform, and then shows him walking through the halls of a housing project, the Columbia University campus, an apartment hallway, a fancy restaurant, the streets of Harlem, a nightclub, and a tony country club lawn. The last image reveals his face as he’s looking at a mirror, straightening his tie.

This visual construction is brilliantly inspired, especially since the marketing is selling a movie about identity. Gandhi’s film is an intimate portrait of the future president, so his directorial style occasionally uses tracking shots that follow Obama from behind. The teaser cleverly picks up on this leitmotif and makes it the driving rhythmic structure.

Red, white, and blue copy cards take the place of dialogue: “Before He Gave Us Hope / Before He Created Change / Before He Made Us Believe We Can / He Was Barry.” It’s a little on the nose, but it’s forgivable; just imagine a frustrated marketing team saying, “How the hell are we gonna sell a movie called Barry?!?” So the copy invokes all of Obama’s 2008 political slogans and frames his alt-Barack college moniker as prelude to history. Plus, of course, the cue “Nobody Knows” is a great way to musically drive home the point that this is a story that, ahem, nobody knows.

The Jackie teaser is longer and far more emotionally complex, but the construction is still somewhat simple: two pieces of music, visual montage, and a few key lines of dialogue used as voiceover. Larraín’s film is not just about the iconic first lady’s initial week as a widow; it’s about how she shaped the mythology of her husband’s presidency. Specifically because she conflated it with Lerner and Loewe’s 1960 Broadway musical about the Arthurian myth, American culture thereafter referred to the Kennedy years as Camelot.

Naturally, then, the trailer opens with Richard Burton singing “Camelot,” albeit the slower, slightly sadder reprise from the cast album. The first image is a close-up of Jackie’s face looking out the window of a car as its reflection reveals an enormous crowd lining the street. And just as Burton says, “Think back on all the tales that you’ll remember…,” the image then fades out and is replaced, synched to the words, “…in Camelot,” by a fade-in on a White House ballroom where the Kennedys are sitting in formal wear with invited guests.

During this last part of the song, the music suddenly starts to mix with a strange orchestral cue in a different key that immediately causes the aural bed to become atonal. And the ballroom image then cuts to a closer shot of a very elegant, very composed Jackie.

As Burton sings the next line, “Ask every person if he’s heard the story, and tell it strong and clear if he has not,” the montaging begins in earnest: a smiling Jackie in her pink Chanel suit and pill-box hat greeting Lady Bird Johnson and a crowd of Dallas supporters on an airport tarmac; Jackie being prompted to smile for a network news camera during her televised tour of the White House; carrying a birthday cake for JFK, Jr.

The orchestral music then cuts in more aggressively and distressingly, as Jackie, in voiceover, slowly intones, “People like to believe in fairy tales… Don’t let it be forgot… That for one brief shining moment…There was a Camelot.” The images become more anxious: Jackie looking at her husband with uncertain eyes; the American flag being folded in funereal style intercut with Kennedy’s car racing away from Dealey Plaza; Jackie wearing a black veil; a showering Jackie washing blood out of her hair.

And after she says “There was a Camelot,” the stringed instruments claw sharply into the trailer’s audio bed as the images accelerate: Jackie walking through a rainy Arlington cemetery, running with her children in Hyannis Port, walking with her children down steps flanked by Marines; downing a glass of wine; arguing with Bobby Kennedy; leading a procession down Pennsylvania Avenue. Then a quick aerial shot of the Capitol rotunda as Kennedy lies in state; followed by a stunned Jackie in a plume of cigarette smoke, Jackie kissing Kennedy’s coffin, and Jackie dancing with her husband at that initial ballroom scene.

The orchestral music has been deftly intermixed with “Camelot” throughout this section (a chorus slowly implores “…that was known as Camelot” louder and louder), and then the Broadway recording roars back in to deliver the final notes of its climactic fanfare on the card “Academy Award Winner Natalie Portman.”

As the music fades away, the teaser cuts to a catatonic Jackie sitting on Air Force One and her voiceover returns: “There won’t be another Camelot. Not another Camelot.” Then the gorgeous, mournful orchestral score swells, the images cuts to black, and the title and end credits fade in as the music resolves with an eerie reverberation.

Classically trained musician Mica Levi (also known for her experimental pop band Micachu and the Shapes and her score for Under the Skin) contributed the film’s sorrowful-yet-sinister left-of-center score, and it’s used masterfully throughout this teaser in contrapuntal tandem with the Lerner-Loewe classic.

The music is ruminative, as is the film, which does a remarkable job evoking Jackie’s disoriented state of mind during such a jolting moment in her life. The teaser captures this discombobulation, of course, and really draws upon the musical juxtaposition to set that tone. But more importantly, it evokes the Camelot branding at the core of the film, and the remarkable hagiographic narrative that Jackie almost single-handedly created that week, from the granular details of the funeral to the public image the press was willing to create on her behalf.

Barry and Jackie are remarkable snapshots into the private lives of public figures, and their teasers are beautiful pieces of advertising that nail not only the sensibilities of their films but also shrewdly mirror the iconography being trafficked by the filmmakers. Image is everything in politics; here’s hoping that the nobility reflected in these movies finds its way back into America’s reality.