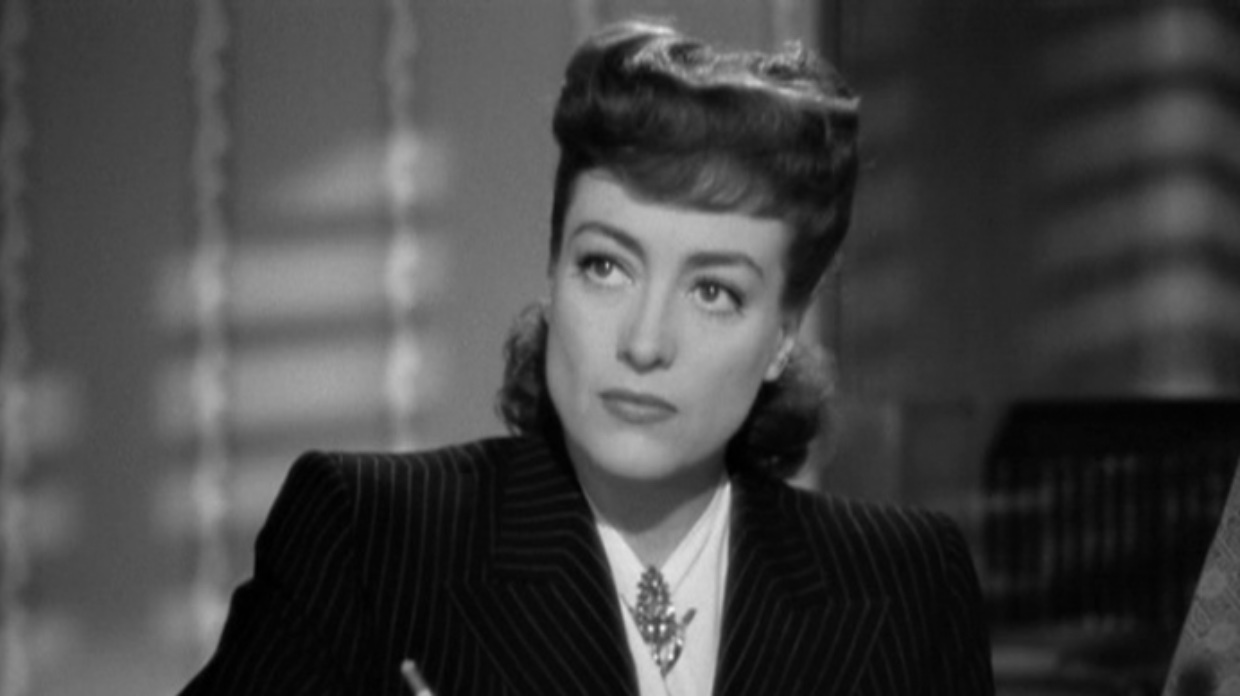 In a career-spanning interview with Polly Platt for the DGA oral history series, director Henry Hathaway dismissed his 1956 thriller 23 Paces to Baker Street as a throwaway, one of those studio assignments he took without much relish. It’s yet another example of why filmmakers cannot be trusted when it comes to their own films, for while the material is slightly shopworn (and owes an enormous and obvious debt to Hitchcock’s Rear Window), Hathaway frames it with meticulous care and artistry. The movie follows Van Johnson as a blind playwright who thinks he overhears a crime being plotted; after the authorities dismiss him as a crackpot, he sets out to investigate with the help of a woman who loves him but who he keeps at an emotional distance (a very Grace Kelly-esque Vera Miles). Hathaway uses the Cinemascope aspect ratio to brilliant effect, emphasizing Johnson’s alienation from his surroundings by showing them in all the depth and detail that the character can’t experience; the director was a real master of space, light, and color, and his protestations to the contrary, 23 Paces to Baker Street is a fine piece of work. Critic and filmmaker Kent Jones skillfully dissects the film and contextualizes it within Hathaway’s career on an exemplary commentary track contained on Kino Lorber’s new Blu-ray release, which also boasts a vivid transfer that preserves the director’s images in all their widescreen glory.

In a pleasing coincidence, one of Hathaway’s earlier and more popular films, Kiss of Death (1947), is also newly available on Blu-ray as a limited edition from Twilight Time. Best known for Richard Widmark’s spectacular screen debut as a giggling killer who, in the film’s most memorable scene, chucks an old lady down a staircase, Kiss of Death finds Hathaway at his grittiest and most energetic as he applies a pseudo-documentary style to his tale of a stool pigeon (Victor Mature) on the run. Everything in the film shimmers with old school Hollywood professionalism, from the script by Ben Hecht and Charles Lederer to the expert supporting performances by Brian Donlevy, Karl Malden, and others. You can learn pretty much everything you ever wanted to know about the film from the Blu-ray’s excellent commentary tracks, in which film historians Julie Kirgo, Nick Redman, James Ursini and Alain Silver provide a crash course in film noir in general and Kiss of Death in particular.

Another essential film noir, Michael Curtiz’s Mildred Pierce (1945), arrives on disc this week from Criterion. The story of a single mother whose life is twisted into an economic and psychological nightmare by her devotion to an ungrateful child, it’s a fascinating noir-melodrama hybrid; it’s not quite a crime film and not quite a “women’s picture” of the type for which star Joan Crawford was known, yet it contains elements of both. The most interesting thing about the movie is the way it takes the typical noir formula and turns it on its head — there’s a femme fatale here, but it’s Crawford’s teenage daughter, and the “male sucker” role is played by Crawford herself. Mildred Pierce is also noteworthy for the detailed analysis of class that nearly takes over the narrative at times; few Hollywood movies of any era are as obsessed with the minutiae of financial struggle.

Criterion’s other noteworthy release this week, Pedro Almodovar’s Women on the Verge of a Nervous Breakdown (1988), is heavily informed by the classical studio period that gave birth to movies like Mildred Pierce (Joan Crawford even pops up in the form of a clip from Johnny Guitar), but the heightened emotions of Almodovar’s characters are expressed through comedy rather than melodrama. Frequent Almodovar muse Carmen Maura stars as a voice actor whose breakup with her lover leads to a steadily escalating series of comic complications, most of which are caused by the lies men tell women; Almodovar’s touch is light and his colors vivid, but at his core he’s every bit as attuned to his characters’ desperation and hysteria as Curtiz. Women was the international breakthrough that made Almodovar a star, and while his canvas became both larger and deeper on later films, it’s a pivotal and highly entertaining entry in his filmography that sums up the movies that preceded it and lays the groundwork for the gems to come.

Yet another new Criterion release is one of the best yet in their formidable collection, an exquisite boxed set of Richard Linklater’s “Before” trilogy. Like the company’s other Linklater titles (Slacker, Dazed and Confused, Boyhood), the collection goes both broad and deep with a wide array of supplementary materials that deliver a concentrated dose of insight and information. There’s a superb feature-length documentary (Richard Linklater: Dream is Destiny), multiple illuminating interviews with the director and collaborators Ethan Hawke and Julie Delpy, and a variety of penetrating scholarly materials (a conversation between Linklater experts Dave Johnson and Rob Stone, a video essay by :: kogonada, etc.) that analyze and summarize the visual and thematic elements of Linklater’s work with great accuracy and depth. Then there are the movies themselves, small miracles that only seem more astonishing with age and repeat viewings — they’re cinematic time machines every bit as affecting and audacious as Linklater’s celebrated Boyhood, and their cumulative impact when viewed back to back (in order, in reverse, or all mixed up) makes for as powerful a movie viewing experience as I’ve ever had the pleasure to encounter.

My final recommendation this week is the new Blu-ray and DVD release of Maurice Pialat’s Police (1985) from Olive Films. Like Linklater, Pialat was a master of freezing moments in time; his films combine an elliptical narrative structure with rock-solid visual precision to convey life as it is lived with uncommon gravity and nuance. Police is one of his greatest achievements, a vivid portrait of several days in the life of a cop (a never better Gerard Depardieu) and the people who are directly or tangentially connected to his work and life: other police, administrators, thieves, drug dealers, prostitutes, pimps, and the friends and relatives of all of them. Like the best of Linklater’s work, it’s both sweeping in its scope and intimate in its interpersonal intensity, and Olive’s new transfer does full justice to both the delicacy and the brute force of Pialat’s vision.