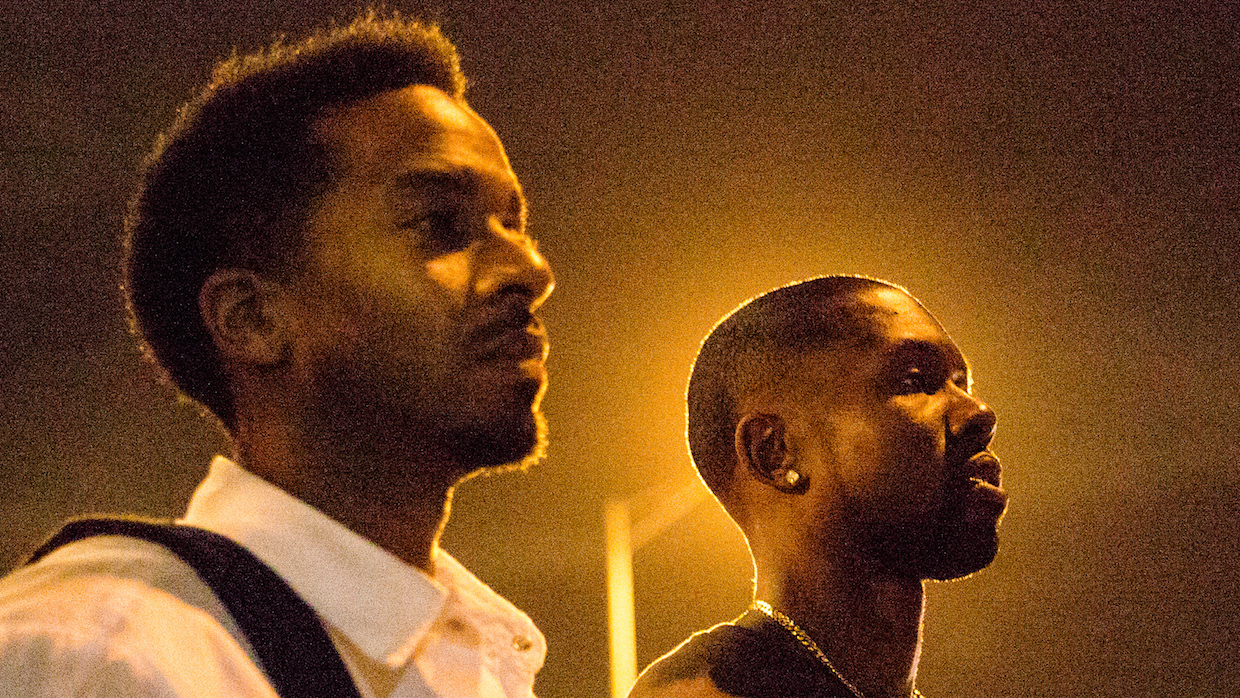 Moonlight (Photo courtesy of A24)

When Moonlight won the Academy Award for Best Picture, writer-director Barry Jenkins and his team weren’t the only ones celebrating. For many filmmakers, the Moonlight triumph was both a victory for indies but also a rebuke against the racism, sexism and prejudice of Trump’s America. It was, perhaps, the entertainment industry’s biggest embrace of “the Resistance” yet. But the Trump regime isn’t just affecting awards shows and celebrity Twitter accounts.

Financiers and producers speak about an uncertain marketplace, fueled by the wild vacillations of the Trump presidency, which has the ability to both hinder and bolster independent films.

Yellow Bear Films’ Matthew Ellison, who previously worked in investment banking and has produced the films of Nathan Silver, feels the current climate is having an “adverse effect on the indie film landscape,” he says. While hedge-fund banking types may be benefiting financially right now from a bullish stock market, he believes many potential film investors are putting their money toward social causes with more immediate political returns. He says, “People are reevaluating their position in the world in general and asking, ‘What’s the best use of my money?’ There’s a feeling of a call to action which is shifting money away from smaller Sundance indie projects.”

With the country increasingly focused on politics, Ellison also notes it’s more difficult to find new investors “who aren’t already entrenched in the film community, because it’s a challenge to get them to focus [on films].”

Producer-financier Eddie Linker, of Forager Films, backer of movies by Joe Swanberg and Alex Ross Perry, holds the view that a rising stock market — like the one the U.S. has had since Trump’s election — only hurts indie films because investors see no reason to diversify. “It’s much more interesting when the market goes down and volatility goes up,” he says.

According to several other producers, however, the ability to tap equity financing is not the primary concern at the moment. In fact, many suggest that this side of the business is robust right now.

Producer Houston King (Lemon, Results) says that, contrary to Linker, he believes higher stock market valuations create more disposable income for alternative investments such as films. “Coupled with higher acquisition prices mainly due to Amazon and Netflix capital and further macro risk from an unpredictable, if possibly inept, Trump administration,” he says, “investing in films is a financially attractive, emotionally satisfying use of funds.”

But moneyed individuals aren’t the only ones that make independent films happen. Several producers spoke of other concerns. “My biggest worries are that tax incentives and soft-money benefits might go away,” says Brian Oliver, president of production and financing company Cross Creek Pictures, which has produced such bigger-budget independents as Hacksaw Ridge and Everest. “And that will really affect independent film financing.”

On the state level, it already has, with conservatives in power undermining government tax incentives: Florida’s Republican-controlled House — whose leaders called their program “de facto socialism” — refused to fund its film and television incentive program, which ran out of money in 2016. Also in recent years, Republican governors in Michigan and North Carolina led efforts to effectively kill or overhaul their state’s lucrative tax incentive programs. And on a federal level, the Republican-controlled U.S. Congress let Section 181 of the federal tax code — which let investors deduct 100 percent of their investment against their taxes — lapse earlier this year. Some are hopeful that Trump’s film-executive-turned-Treasury Secretary Steven Mnuchin (formerly of Relativity Media) might reinstate Section 181, or that Congress will make its immediate deduction of capital expenses a tax policy extending across multiple industries, including film and television.

“I think it’s unlikely the entertainment community will be punished,” says Russell Levine, CEO of Route One Entertainment, producers of recent Sundance pics Landline and Colossal. “For movies made in the U.S., I’m sure [Section 181] will continue through the Trump administration, and that should free up more wealthy investors to pour money into film for the tax benefits.”

If tax breaks come back, producers are still concerned about the international marketplace. For the types of bigger pictures that Cross Creek produces, Oliver emphasizes trade tensions with China as a potential problem. “If things go south between the U.S. and China with our trade treaties, that will be a major blow to financing,” says Oliver, referring to the industry’s dependence on Chinese revenue projections.

International pre-sales across the board have been “destabilized,” says Adam Saunders of Footprint Features, producers of Netflix’s Shimmer Lake, “because buyers can’t hedge the exchange rate, which affects the buying price.” All the fluctuations in the value of the U.S. dollar and Trump’s “America First” trade bluster has made “international buyers more wary,” he explains.

Many producers and financiers, however, see creative silver linings in the ominous overtones of Trump’s administration. While Big Beach’s Peter Saraf notes that the community is concerned with “the uncertainty of our times,” he’s not sure that’s a bad thing. “When people feel vulnerable or threatened, their energies get focused,” he says.

For instance, Secret Engine’s Lucas Joaquin, whose outfit’s Love after Love premieres at this year’s Tribeca Film Festival, says his company’s investors are genuinely interested in supporting movies because they want to support the arts. Another producer Amy Lo, who was closing financing during the presidential election for Christina Choe’s indie Nancy, starring Andrea Riseborough as a serial imposter, says Trump’s presidency helped galvanize new financiers for the project. One of the film’s funders, T. Sahara Meer, for example, notes that Choe’s women-directed and women-centered film “felt like the perfect conduit to channel my resistance.” She says, “[The Trump] administration’s talk of cutting funding for the arts will put underrepresented talent in the industry in jeopardy of being able to tell their stories.”

Meer’s feelings point to a widely held belief in the film community that the biggest impact the Trump administration is having on filmmaking isn’t how films are being financed, but the types of films that are being backed. As Route One’s Levine says, “I think we’re going to be seeing more politically- and socially-conscious films in the next few years.”

“If you have a movie with a strong message,” adds Forager Films’ Linker, “there’s a market for that right now. Audiences are looking to have a bigger discussion.”

Producer Jamie Patricof, producer of Captain Fantastic, concurs. “The biggest effect of the 45th president may be the types of movies being made,” he says. “We’re now at a place where I’m actively looking for projects that have some direct or indirect social or economic or political point of view. If I’m going to make a movie, it’s got to move the conversation forward.”