From BTL to ATL: How I Went from Art Department Coordinator to Director 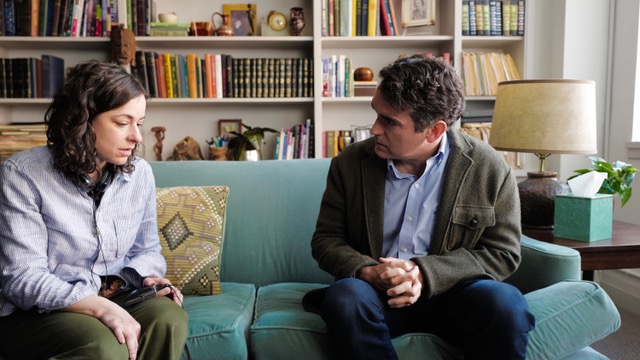 The production designer Kelly McGehee called me one afternoon. I had been a production PA on a film we had both worked on. She told me she was starting a new movie and asked if I knew any art department coordinators. I didn’t — in fact, I didn’t even know what one was. But like any ambitious young person I did what you do in that situation: I said, “I can do it.” Not knowing what Google was yet, I hung up and did what you used to do when facing questions such as this one: call an actual human being and ask, “What the heck is an art department coordinator?”

Honestly, though, if I hadn’t been so nervous, I probably could have figured it out on my own. After all, the position is called “art department coordinator.” Duties of which I learned on the job include tracking the art department budget; tracking labor for the scenic, construction and set decoration departments; heading up clearance efforts; coordinating fabrication and delivery of graphics; and being an all-around support system to the department heads.

McGehee wound up giving me the job, and I figured it out as I went along. This was actually a union show so the film’s line producer wrote a letter to Local 829 saying that I was the only person who could possibly do this job, and with that and a couple hundred bucks, I was a card-carrying union member.

Art coordinating has served me well over the past decade — yes, decade. I’ve worked on Oscar-winning films like Precious and The Fighter. And I have been able to step away from working for hire to produce a few films, one of which, The Tested, went through the IFP Narrative Lab. But the job was always right there waiting when I wanted — or needed — to come back.

As an art department coordinator you are always involved in most of a shoot’s prep and shoot, and you usually have an ample wrap. So, each job required a good chunk of time. And while the pay wasn’t always great, over the years I have been able to name my own rate given my senior status in the position. And accruing “P&W” — pension and welfare — meant that I could provide health care for my family.

I love working on films. I love the vocabulary; I love that it’s just assumed you know what you are doing when you get hired, and you just sort of jump in and get to work. On every job I made it a point to attend the production meeting, whether I was invited or not (most of the time I wasn’t), because I knew I could always learn something or discover a new resolution to a new problem. After a while, people began to ask me why I didn’t want to move up to the job of art directing. I’d say it was because it was all-consuming. (Also, I can’t measure anything. An art director friend used to call me “Spinal Tap” — think about it.)

Set decorating is another step up the ladder. Having worked with many decorators, I think this is one of the toughest jobs. I really admire those who are good at it. You not only have to be creative, but you also have to manage a crew, work at lightning speed and pull chairs out of the sky on many occasions. I’ve decorated a few times, and I always ended up on the side of the road with my head resting on the steering wheel. The sheer volume of what I was expected to accumulate in such a short time would render me frozen.

Knowing I wasn’t going to move up the ranks in the art department, I continued to slog away as art coordinator. And while the job is a great stepping-stone for people who want to move up and become production designers, on a union film its pay scale isn’t specified like other positions. It’s always, “to be negotiated.” So production companies end up low-balling with the rate. And if you don’t take the rate that’s offered, you can bet there is someone younger than you with less experience that will. I was starting to feel the pinch. Plus, I had a son. He’s four now.

Then things changed. I was working as an art department coordinator on the first season of Showtime’s The Affair. My desk shared a wall with the writer’s room, and I’d conjure up any reason at all to wander over there.

The writer’s room had an electricity. A nobility. A promise of something great. I perfected the art of entrapment so any time a writer came within an inch of me, they were immediately caught in my web. And slowly throughout the season, I actually became friendly with some of the writers, and I asked if they’d be willing to look at my work. (Yes, the dreaded question that no writer wants to hear!)

Melanie Marnich, a wonderful human and writer, agreed to take a look. She read the script I was working on and one day sat down with me and actually gave me notes. I couldn’t have asked for anything more.

I went home that night and told my husband all about it and how good it felt. He suggested I approach Sarah Treem, the showrunner, to see if I could possibly be considered for the writer’s assistant position on the second season.

After telling him how insane that was, I started to think that it wasn’t such a crazy idea. I’ve gotten no’s before — many of them, in fact — so I knew I could handle the worst-case scenario.

I emailed Sarah and asked if I could put myself up for the position, and I sent her the same script that Melanie had given me notes on. I followed up with her after we wrapped, and I finally got the email from the associate producer who said that both she and Sarah had really enjoyed the script and they’d love to set up an interview.

The interview was with Sarah and head writer Anya Epstein. The day of the meeting, I was so nervous I must have walked around the block 10 times before going in. They started by telling me how much they loved my script, and how I was already beyond an assistant position. And then Sarah casually inquired, “I’m not sure if you are happy with your current representation but I’d love to send this to my agents.”

Ha! Representation? The only agent I had was the real-estate broker who had helped me find my apartment, and he smelled like tobacco.

“Well,” I said, “they could be a little more attentive, but for the most part they’re fine.” I tried not to laugh as I said it. “But sure, that would be great.”

And then Anya, just to make things even more surreal, suggested she send the script to her agents to create a buzz.

And then I did, again, what any ambitious and not-so-young person does: I booked a flight to Los Angeles and told both agencies that I’d be in town “taking meetings.”

I came home from that trip with an agent and an apartment full of balloons. I was embarrassed that my husband had made such a big deal, but the truth was, it was a big deal, and I knew it.

When I woke up the next day, things had changed. Well, actually, no, they hadn’t. They hadn’t at all. I was still art department coordinating because I had a family that needed health care, and I needed to work.

My agents started going out with the project, and all those no’s I had experienced when I’d hand my work to independent producers began again. Instead of getting them first-hand, I was getting them second-hand.

Then the call came that there were producers interested in the project. This was so great because then things changed…Nope, not yet. In fact, things almost became tougher. I was art coordinating on the New York unit of a feature while my producers were trying to raise money for my project. When the production designer mentioned the budget of the film was $8 million, I let out a gasp. I think I responded with something like, “Why does this movie need $8 million?” While my own movie was out looking for its much smaller production budget, this film’s budget felt gluttonous to me. Greedy, even.

It began to feel like everyone else was getting a movie made but me.

And then things changed…. This time they really did. We were greenlit. I was directing my first feature, All These Small Moments. I was directing it because I had written it for myself to direct. I had written something deeply personal with a very specific rhythm and vision, and my producers saw that. I never had to sell myself as the director because it was never in question.

Because of my production background and because I made sure I was always around and listening in at the production meetings, I felt comfortable. At home. Of course, I had my insecurities and my doubts, but surprisingly I knew a lot more than I had given myself credit for.

And then there was the day we were scouting, and I asked what subway stop we were getting off at. The producer looked at me and said, “Don’t worry, you’re above-the-line. They’ll let you know when you have to get off.”