How To Cut a Trailer, “Audiencing” as a Verb, and Branded Content: A Report from DOC NYC’s Marketing Bootcamp 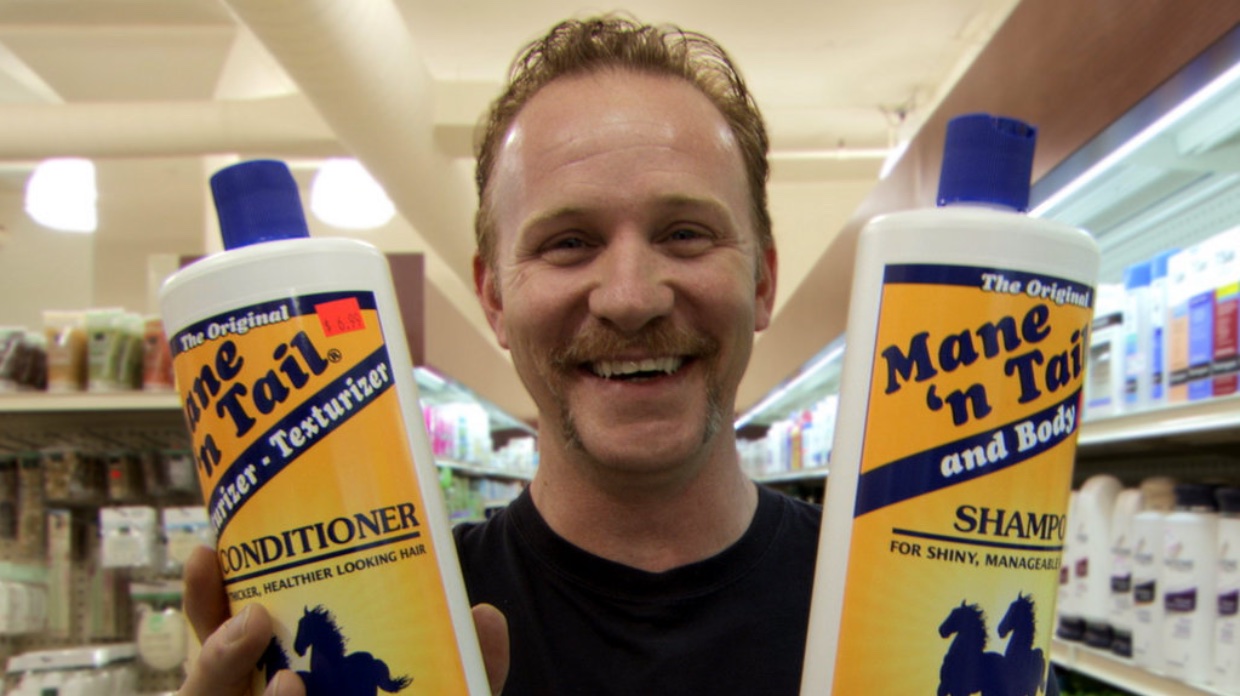 by Audrey Ewell
in Distribution, Filmmaking
on Apr 21, 2017

On Thursday April 13, DOC NYC PRO put on an all-day conference they dubbed the “Documentary Marketing Bootcamp.” It was a densely programmed event promising filmmakers insight into audience building for non-fiction films as well as career development. The various speakers indeed had much insight to share to share on these topics, and my takeaways are below.

Following an intro by DOC NYC Artistic Director Thom Powers, who promised a cocktail reception after the long day (well played!), there was keynote speaker Morgan Spurlock, who kicked things off with a roundup of his work. Like Alex Gibney, Spurlock is as much brand as filmmaker. Building on the success of his 2004 hit Super Size Me, he is one of a handful of documentary filmmakers who have managed to carve out a consistently successful, productive documentary career. He currently has 19 directing credits and 63 producing credits at iMDB. About longevity and opportunity in building a sustainable career, he said, “Now is the time to try new things, take new risks. And the more risks you take, the less risky things become.” He added, “This is a business where you don’t just make things, you make friends. This is a business based on relationships.”

Among those relationships are a variety of funders. Spurlock argued that it doesn’t matter where the financing on a film comes from “if they leave you alone and let you tell your story.” This was in reference to his 2011 film The Greatest Movie Ever Sold (financed wholly via product placement, marketing and advertising), about the ubiquity of branding and advertising in our lives and media. Through his company Cinelan, Spurlock later spearheaded a short doc series about innovation for General Electric that featured work by directors like Ross Kauffman, Lucy Walker and Albert Maysles.

It’s a great thing when talented filmmakers get paid to ply their craft. At the same time, I’m not sure how I feel about their talent being deployed as a public relations tool for a company that Bernie Sanders described in 2016 as one of several “destroying the moral fabric of this country.” (GE has a history of corporate tax avoidance. They also routinely send jobs overseas to take advantage of lower labor costs.) Meanwhile, in 2015, GE CEO Jeff Immelt received nearly $33 million in total compensation. So, there’s probably a more nuanced conversation to be had around Spurlock’s “anything-goes” financing contention.

It’s worth noting, then, that while friendships are based on mutual affection and trust, relationships are based on mutual satisfaction of needs. Spurlock has navigated a very specific career path with a body of documentaries aimed at entertaining mainstream audiences and meeting the profit-making needs of his partners. It’s an important distinction for filmmakers, especially those who might see themselves going down a different creative path.

Spurlock’s other advice included these points:

•    Stand out, don’t be like everyone else.
•    Be helpful. In the documentary world, you want to lend a hand.
•    Don’t be a crazy person. Be a little crazy, but not too crazy.
•    Be smart, inspiring, and hopefully have a little capital.
•    Think different.
•    Lead don’t follow, keep calm, and rock the boat just a little.
•    Own your derivative space and impact. The last thing you want is someone coming along and taking your IP, your idea, and capitalizing on it.
•    Be ready and willing to take criticism. That’s the world we live in. You have to be ready for this.

Spurlock ended with a note on the importance of marketing. He said that while it’s critical to believe in your vision, filmmaking is not just finding or telling a good story. Marketing strategy is critical, he said, perhaps even the most important thing, because “that is what will put it into the hands, hearts and minds of your audience.”

Jeremy Workman (creative director at Wheelhouse Creative) followed, giving a presentation on cutting trailers, a task that he said can feel like an intimidating challenge to filmmakers. But it’s also an essential marketing tool because 50 times more people will see a film’s trailer than the film itself. Beyond being just a marketing tool, trailers, Workman pointed out, give filmmakers an opportunity to set tone, control message and establish how they want audiences to respond to their films.

About the art and craft of cutting trailers, Workman’s main creative point was that trailers are just a condensed form of storytelling, likening them to making a reduction in cooking — the same ingredients are used but in a more concentrated form. There’s still a three-act structure, but instead of setting up, exploring and fully resolving the story, trailers are just about hitting the emotional beats.

Workman showed a few trailers his company, Wheelhouse Creative, had cut, and in each, three music cues were used. The first piece was usually optimistic, the middle more dramatic and heavier, and the last piece hopeful. Wheelhouse used this structure even for more abstract films like Cameraperson, cinematographer Kirsten Johnson’s poetic memoir of her own work, constructed from footage of the films she’s shot. This structure even holds true for crowdfunding videos: it’s all storytelling.

Workman likened trailer cutting to leading someone into a house wearing a blindfold: “You’re not going to run them into the attic, into the details. You’re going to take them very slowly at the beginning. Don’t rush through story. Take them in slowly, get them comfortable, then let that experience blossom by the end.”

He added, “[A trailer] is not a microcosm of your movie: it’s a marketing piece to help get people interested.” He says he also asks himself, “How is an audience seeing this, and how do I engage them and not be precious?”

Workman relayed that filmmakers are coming to his company earlier now than they used to, sometimes before the film is even done or before a premiere is established. He reads this as filmmakers becoming savvier to the marketing needs of their films and taking a more proactive stance with their marketing materials.

There are a lot of companies now, mostly in the documentary space, that specialize in impact, outreach and community engagement. Next up was Caitlyn Boyle, who “founded the boutique film distribution firm Film Sprout in 2009, becoming a leading champion of the distribution of documentary films in community settings and a champion of film’s power to affect grassroots social change.” (I cut and pasted that from her bio, because that is exactly what will happen with any materials you release, so be sure you’re happy with them.)

A lot of Boyle’s work is with social issue-based documentary films, where the filmmakers may have goals that extend beyond making a movie. There is often a call-to-action after screenings, either by the filmmaker or the local grassroots organization showing the film.

To target the specific audiences that care about the subjects of her films, Boyle uses “psychographics” — psychological demographics, i.e. what they believe in. Traditional distributors, on the other hand, market to demographics. “Traditional distributors can afford to cast a wider net,” she said, “but if you don’t have that kind of money, you can reach audiences much more surgically if you tap into what they believe in. Documentary audiences believe in film as an instrument of change.”

Boyle’s strategy utilizes a lot of community screenings, often set up by local organizations, and she urged filmmakers to think of audiences not as consumers but as co-creators and collaborators. Film Sprout gives screening organizers a lot of autonomy in crafting local marketing campaigns, essentially “allowing them to utilize the film as a million-dollar piece of marketing to further their own local grassroots goals. In the meantime, the film gets to play far-flung places it would never otherwise reach.” These could be breweries, community centers, universities, church basements, etc.

This approach also means that filmmakers have to be willing give up a lot of control of their films’ presentations because many of these venues are not professional theaters. There may be playback glitches, the wrong aspect ratio, etc. She argues though, that what filmmakers gain — the ability to share films with a greater diversity of people than are likely to see the film in the theater — outweighs these negatives. Community screenings complement an arthouse theater release, augmenting the number and kinds of audiences that will see a film.

(I feel like I should also tell you that she used “audiencing” as a verb, describing it as “the feeling people get when they’re in a room together — collective participation.”)

At some point in all this, lunch was called, and I was glad for the break. I was also delighted to have run into Dor Dotson, who runs a social media and crowdfunding consulting company for filmmakers called Genuine Article, and who also assists the DocNYC programming team before and during the festival. She was live-tweeting the boot camp for the @DocNYCfest twitter account. So if you want to check out her and others’ take on the day, check out #DOCNYCbootcamp on Twitter.

The next installment of this coverage will feature Liz Cook, Director of Documentary film at Kickstarter, who talked about crowdfunding as marketing, along with Kristin McCracken, a social media and content strategist who relayed a ton of practical info that will be of interest to the vast majority of independent (and especially low-budget) filmmakers.

Audrey Ewell is the director/producer of two widely distributed documentary features, and has also worked as a director/producer in narrative. In addition to bringing on traditional PR for festival and/or distribution on her films, she (previously) spearheaded digital marketing and (currently) runs traditional publicity campaigns on her own and others’ films.