IFP Week: Sean Baker and the Safdie Brothers on How To Film Inside Working Businesses 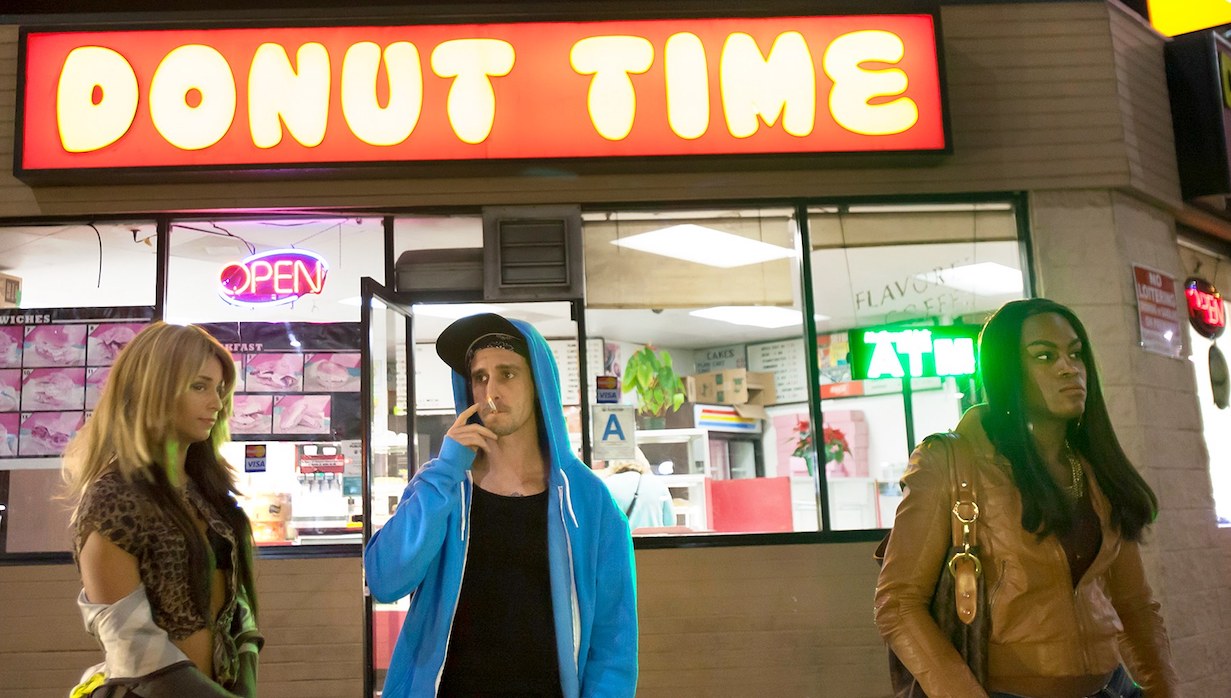 If you’re a filmmaker, it may seem like the city is your playground. It’s not. Everything costs money. Every public space you want to shoot in requires permits and insurance. It all requires planning, hard work, negotiations, or simply lots of pleading. One issue that’s cropped up in multiple talks during IFP Week has been this: What do you do when you want to shoot in a place of business? How do you get a bodega owner or a restauranteur or the owners of a giant mall in Flushing to let you run around with cast and crew, even though they might remain open for business?

It’s an issue filmmaker Sean Baker knows all too well. The majority of his films are set in the real world, which is to say places of business that are open while filming is in process. It’s the case with the budget motel at the center of his latest, The Florida Project. In 2008’s Prince of Broadway, Baker filmed among real wholesale markets and shops in Manhattan, its staff and clients comprising the cast. Much of 2015’s Tangerine is set inside and just outside of Donut Time, an iconic (now shuttered) spot on Los Angeles’ Santa Monica Boulevard. In each case, Baker made sure to get permission, even if he wasn’t paying to use their locations as sets.

“It’s really about respect — respect for their businesses. It’s their livelihood. You can’t just go in there; it’s not your place,” Baker told the audience. “Our approach was usually bonding with them, befriending them. Especially with Tangerine. Los Angeles, the entire town, they’re very savvy to this. Locations are very, very expensive. But [producers] Darren Dean and Shih-Ching Tsou took the time to meet the business owners, find a connection, tell them about what we were doing and why we were doing it and why what we were doing was different.”

Baker revealed they were able to get every location in Tangerine for free — except for Donut Time. “We wanted to pay Donut Time. It’s such a character in the movie; I felt like we’re going to find something in the budget to give Donut Time,” he revealed.

What you do when you’re actually on “set” and you haven’t “bought out” the location is another issue. “You have to know that you don’t have control,” Baker explained. “You’ll have to sometimes shut down; you’ll have to walk away. We had such a skeleton crew on both films, both Take Out and Tangerine, that we would never get frustrated. If a bunch of customers came in and we realized this might affect their business, we would simply call cut and walk away.”

Or you could roll with it. “If you could tell a customer was kind of down, you could keep going and see what happens,” Baker said. “That happened with many customers. We would simply approach them afterwards and say, ‘We’re shooting an independent film, there’s a camera, will you kindly sign this release for us?’ A few customers in Tangerine actually made it into the final film.

“For me, it keeps things in that hybrid place where you’re actually between narrative fiction and documentary,” Baker added. “You’re taking your story and throwing it into the real world and seeing what happens, which I find really exciting. Also, I’m the editor of my own films, so it gives me alternates and fresh takes to work with in post.”

As it happens, filmmakers Josh and Benny Safdie are also experts at shooting inside real businesses. Longtime chroniclers of their home in New York, they’ve made films — including Daddy Longlegs, Heaven Knows What, the documentary Lenny Cooke and the new Good Time — that feed off their chaotic city, introducing us to the types of people (weirdos, drug addicts, low-level criminals) that are being pushed out of town, or at least the image of it in film and television. Historically, the Safdies would “steal” shots, making their films sans permits or permission. With Good Time, they had a bigger budget than usual. So they played it safe. But even doing things legally doesn’t make it easy. Although, for the Safdies, that’s part of the fun.

The opening stretch of Good Time takes place in Flushing, Queens, with a key chase through the New World Mall. They actually had permission to shoot there. But they weren’t closing it down. When they filmed, Josh estimated they had 300 shoppers, all present for an action scene, many perhaps without realizing it.

“The cops said, ‘Just don’t hit anybody,’” explained Benny. “That was amazing for both Rob and I, because here we are, running through 300 people, and we can’t hit anybody. So you have to run as fast as possible while actually physically dodging people. Nobody knows there’s a film crew there because we’re hiding the cameras. We’re looking to get that immediacy.”

They did have to hit one person. At one point, Benny’s character runs full-speed into a shopper, knocking both of them down. The casting directors meticulously chose everyone on-screen, even random extras, and especially someone who was going to have to take a hit.

“The guy who Benny runs into was so in tune with the neighborhood of Flushing that the cop just assumed Benny was running into a normal guy. He didn’t realize after three takes in a row that it’s the same guy, and he’s running into him in the same way,” Josh said. “This is a guy who’s never been in a movie before, living his dream; he always wanted to be a stunt man, in a way. And Benny’s plowing into him. That’s a testament to our casting department, they really did not treat anything lightly. You can feel that in the movie, and that goes into when we have locations locked and extras in there.”