Who Gets to Tell Whose Story?: IFP Week Filmmakers and Funders Talk the Politics of Representation in 2017 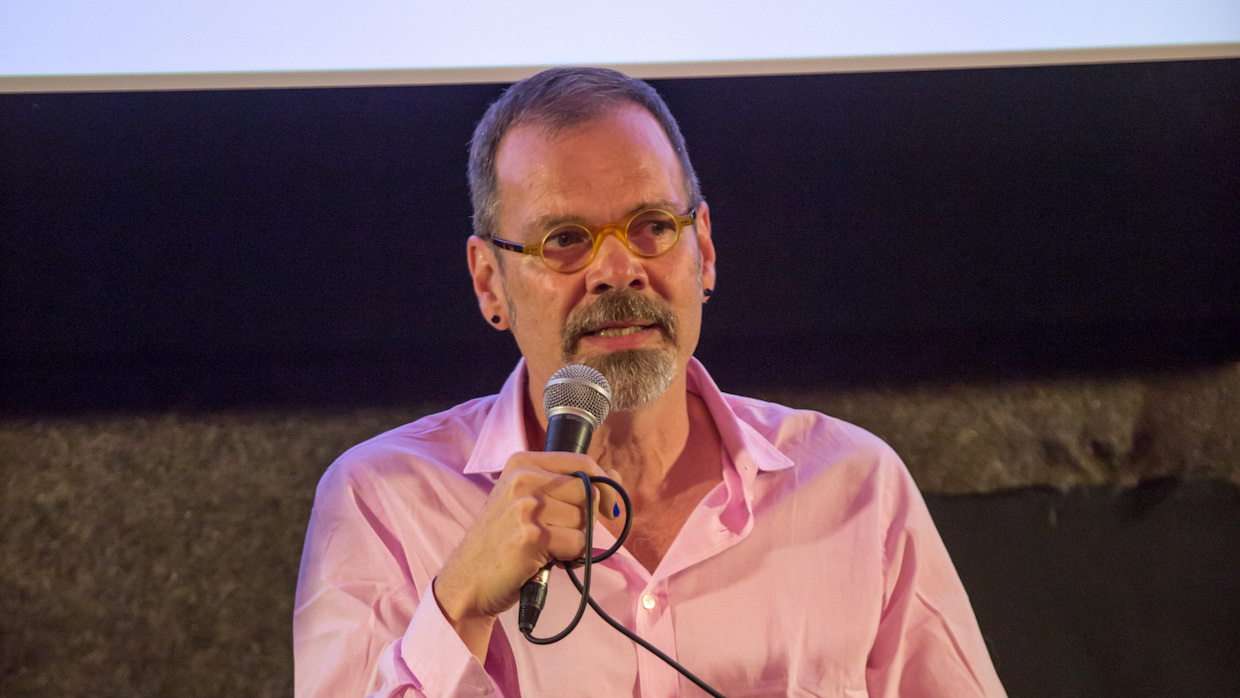 David France, director of The Death and Life of Marsha P. Johnson, talks at IFP Week 2017.

When Kathryn Bigelow’s Detroit came out this summer, some charged that it shouldn’t have been made by Kathryn Bigelow. Critics, including rogerebert.com’s Angelica Jade Bastien, felt that the story — about ten Black civilians (and two Caucasians) tortured and, in some cases, killed by racist white cops during the 1967 Detroit riots — should have been told by Black filmmakers. These commentators argued that Bigelow and her screenwriter Mark Boal, both white, not only lacked the perspective to get the events right; they also ran the risk of aestheticizing suffering and the destruction of Black bodies.

This is not a new concern; in the early 1990s, Spike Lee was able to wrestle Malcolm X away from its original director, Norman Jewison. But today we’re more aware of what’s missing when certain groups aren’t allowed to tell their own stories.

It’s an issue that cropped up repeatedly throughout this year’s IFP Week. At the panel “Programming for Audiences Under a New Administration,” Justine Nagan — executive producer at American Documentary — has had to wrestle with such tough questions as she oversees products that may mean well but could easily get it wrong if they aren’t careful.

“Representation is super important,” Nagan said. “The first step is asking, ‘Who am I to tell this story? What’s my motivation? Who am I speaking to?’ I don’t want to live in a world where there’s very narrow definitions about which people can tell certain kinds of stories. But you have to be really thoughtful about it.”

When Nagan meets with filmmakers looking to tell stories about groups or communities to which they don’t belong, she makes them run the gauntlet. “We ask a lot of those questions: Who is on the crew? Who are you working with? What kinds of advisers do you have? Who are you working with on community engagement?” she said. And she has further advice for filmmakers who are already underway on their projects: “As you move towards even your rough cut, invite people who aren’t your friends or family to that screening. Invite people that you might think would be critical and see what they’re pulling out of the work that you’ve made.”

“There are so many people making documentaries about so many of these groups that would never even ask those questions,” added Mona Panchal, a producer and currently the EP of Digital at TOPIC, at the same panel. “There’s plenty of people who should not be making documentaries about a number of different subjects. We’ve seen them do it. We’ve seen a bunch of bad ones.”

There’s been little to no controversy over this summer’s Crown Heights, which tells the true story of Colin Warner, who was wrongfully convicted of murder in 1980. Warner, who emigrated to Brooklyn from Trinidad, is Black; the film’s director, Matt Ruskin, is white. Speaking at IFP to Scott Foundas, a former critic who’s now in charge of film development at Amazon Studios, Ruskin said he was drawn to the power of the story. At the same time, it wasn’t a situation where Ruskin had taken the project away from a Black filmmaker.

“It wasn’t going to happen if I wasn’t doing it,” Ruskin explained. “For me, it was always about approaching it from a very humanistic level, which was the initial thing that hooked me about the story — how incredible these people were, whatever their background.”

Ruskin cites the 2008 drama Hunger as inspiration. “Steve McQueen is one of my favorite filmmakers, and he made a movie about Bobby Sands, an Irish political prisoner who staged a hunger strike,” Ruskin pointed out. “I assume he made that film because he was moved by Bobby Sands. I felt if he could make a film about Bobby Sands, maybe I can make the Colin Warner film.”

In the case of the new documentary The Death and Life of Marsha P. Johnson, about the gay activist, whose 1992 murder has never been solved, the issue becomes trickier. The film’s director, David France (of the blistering ACT UP doc How to Survive a Plague), is not, like his subject, a Black trans woman. But he did know Johnson, as well as many of the figures portrayed in his film, and covered the AIDS epidemic in the 1980s as a reporter at the Village Voice.

“I started making the film at a time of heightened identity politics — an essential response to what’s been going on politically in the world,” explained France. “There were a lot of questions that people had of me: Could I tell the story of a transgender woman as a white, gay, cisgender man? I took those challenges very seriously.”

So France put together an advisory group — mostly trans people of color, consisting of media makers, political leaders and others of such backgrounds. France said they helped him gain a very different and very useful perspective on the story, one he said he wouldn’t have thought of on his own. Initially, France wanted to make the film a non-fiction whodunit, trying to find the perpetrator or perpetrators of the murder. He even thought Johnson would have loved being the subject of a genre-style film. “She was a very theatrical person, and she would have appreciated my using this very heightened language of cinema to examine her story,” he said.

But in talking to his advisory group, France realized that was a mistake. Talking to his advisors, France realized the story shouldn’t be strictly about Johnson or her murderer(s). “It’s much bigger than the individual perpetrators; it’s institutional. It’s stitched into the fabric of our social life,” France said. “Even if we found the person, or the two people, who were physically and directly responsible for Marsha’s death, we still have an epidemic of crime against the trans community today, especially trans people of color.” (Of the 21 transgender people who have been murdered in America this year, France pointed out, eighteen have been women of color.)

“There’s a fundamental problem that needs addressing in all of us,” France said. “In some ways — and I even toyed with this as the title of the film — we all killed Marsha. That’s the message I want people to walk away from The Death of Marsha P. Johnson feeling — that they have an obligation to ask what our role is today in making our society and culture a safe place for transgender people and transgender people of color today.

“We see reflections [of trans people] in the media today as being so far advanced [compared to] what we’ve seen in the past,” said France. “But that media representation has not yet caused us to change in really significant ways. I want to see hearts and minds change.”