“How Are American Men Being Made?”: Director Bing Liu | Minding the Gap 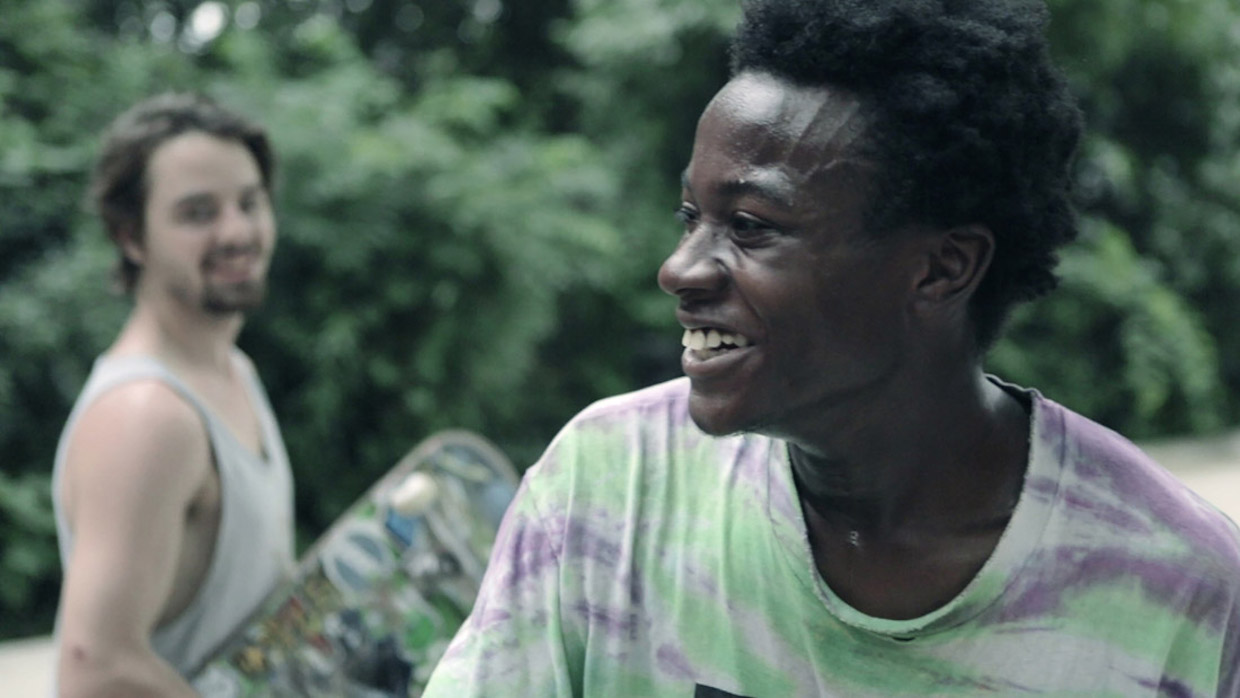 It’s difficult to describe any part of the filmmaking process as not chaotic – Minding the Gap was by far the most difficult task I’d ever tried to take on. I was working on all these other projects and writing grants to fund the film and all the while my mom was fighting through a violent divorce, my brother had dropped out of high school, and my subjects were struggling with their own issues, which I’d become a pseudo-therapist for. In the final couple of years, the chaos drove me to see a therapist, who I showed a rough cut of the film to, which helped guide our therapy work together. I think it helped me get perspective in all types of ways, which translated into a more grounded storytelling POV in the film. I recommend therapy to everyone!

With the historic administration change last year, I think a lot of filmmakers were thinking of ways to respond, often through their work. There was a lot of discourse around the marginalized white working class and the shock that many people on the left were feeling about the new president. I knew right away I had a unique personal entree into this nation-wide identity-searching; my subjects were in this crucial time-period of discovery themselves. They were at this still-malleable late-teens/early-twenties age when opinions were hardening into beliefs and habits were coalescing into identity. I knew one of my subjects was a Trump supporter – he’d told me on camera that although he didn’t vote, he didn’t want to support Clinton. In the early aughts of beginning work with my co-editor, we tracked this political position backwards to four years prior, when this same subject had been in a mindset of total rebellion against his father’s conservatism. We were able to carve out, in the footage, a story of a young man becoming his father.

But it left a sour taste in audiences’ mouths to end that character’s journey with that note. It was our EP Steve James who told me that that didn’t feel “true” to this story, that Minding the Gap deals with issues that are much more evergreen and timeless. When we pulled that thread out of the film, it did in fact broaden the idea from “How does political belief germinate?” into something like “How are American men being made?” I’m glad we did that. Thanks, Steve!

I still think the issues in the film are very much timely – the film is in a mid-size city trying to pick itself out of the ashes of a fallen manufacturing industry, carrying one of the highest violent crime rates in the nation. The central characters all come from different racial, economic and family situations that eventually threaten their friendship. But they’ve found common ground through skateboarding, something that, emotionally, gives their lives order. It’s not by any means an always healthy, one-size-fits-all solution, but it provides a sense of hope.