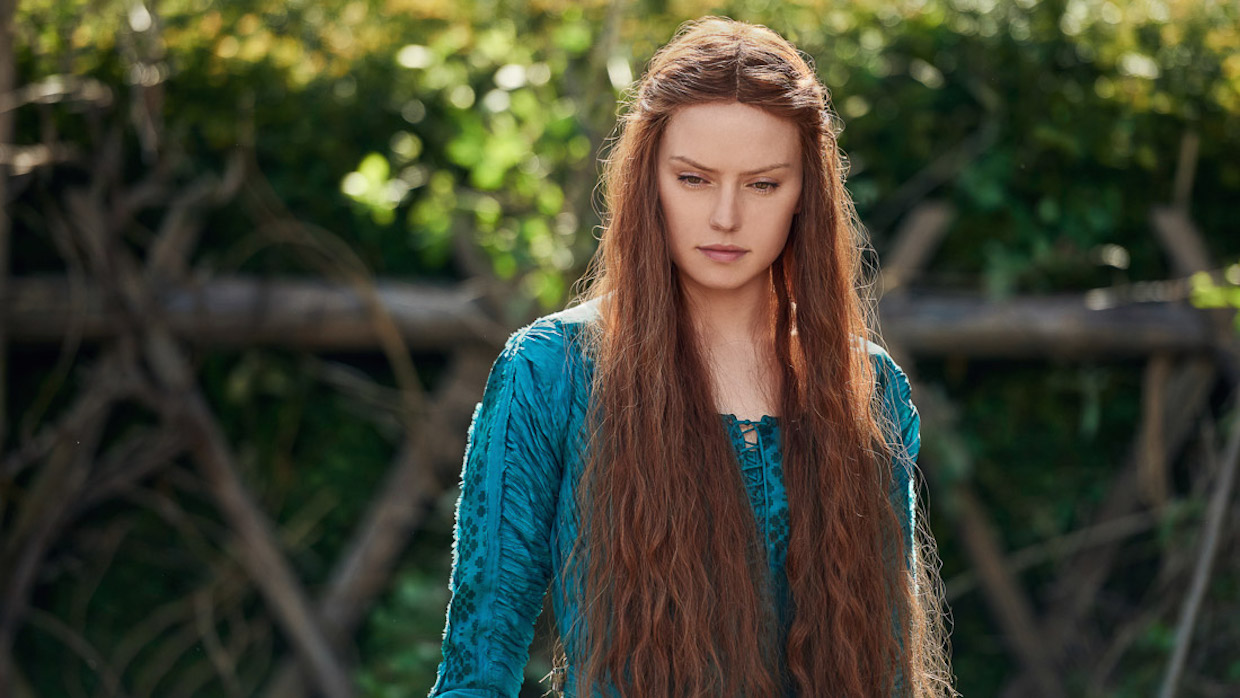 Luke Dunkley began his career 20-some years ago as an editor on the short-lived BBC show This Life. He has since gone on to work for dozens of TV series and miniseries, including Netflix’s The Crown, Channel 4’s National Treasure and Canal Plus’s The Last Panther. Dunkley served as the editor on Ophelia, the fourth feature from Australian director Claire McCarthy. Ophelia is a retelling of Hamlet as told from the perspective of the young noblewoman of Denmark. Below, Dunkley discusses how he and McCarthy sought to “not compromise the young female perspective” in their spin on Shakespeare.

Dunkley: Unusually, I didn’t know anyone on the production. But you are only ever a few degrees of separation from knowing someone, so I think I must have been recommended to the British producer, Sarah Curtis. After that it’s about compatibility with the team and dates. I met Claire the director on Skype a few times as she never seemed to be in one place long enough to meet. I had just finished working with Clio Barnard, and I’m sure that had something to do with it.

Dunkley: The early assembly was quite long and unwieldy. I hate the first cut, generally, and I think this one was particularly rushed because we needed to have some sales material ready for TIFF. My focus from the beginning and pretty much all the way through has been to see the film through Ophelia’s eyes. This is Hamlet from Ophelia’s POV, and that’s what we should stick to. Claire had shot some lovely still moments with Daisy, and I knew we wouldn’t keep all of them but I wanted to try and keep as many as possible.

Dunkley: Goodness. We had several screenings: producer, “friends and family” and full-on test screening. They all helped in their way to shape our thoughts and processes. From the start we tried to hone the emotional performances and mine the material as much as possible.

Dunkley: I’ve been in or around the cutting room since I was 19. I’ve loved it there ever since an astute producer said that the edit suite would suit me and shoved me that way. I think you learn something on every job, even the tricky jobs. I guess the influences would be the directors that I have worked with that I particularly respect, the ones that can create worlds and what I call shooting off the page – bring something to a script that isn’t just on the page. This was why I was drawn to Claire and Ophelia.

Dunkley: Avid. But systems don’t do the cutting, editors do. I use it because it works for me and has for 20 years. It’s the system that can handle big and small projects.

Dunkley: There were a couple that we would always go back to, whether to change the slant/access of the scene or to change Ophelia’s approach. There is one scene that took multiple versions, and I’m not sure that Claire and I are completely happy with it now, but sometimes you have to let go. I’m sorry but I’m not going to say which one…

Dunkley: VFX most definitely has a role in creating 14th century Denmark. We needed castles and ports. But they also helped with some of the subtler moments; we wanted a natural phenomena that linked the moments of love between Ophelia and Hamlet, and we came up with starling murmurations. Automatik (the VFX house) managed to integrate them seamlessly for us.

Dunkley: The film hasn’t really changed in meaning; what was important and became more so as we worked was not to compromise the young female perspective. It’s obviously a revisionist version of Hamlet, and some will not like it just for that, but I feel and hope that we have brought Shakespeare to a wider audience which wasn’t really a consideration at the start of the process.