“Jane Usually Knew Exactly Where I Was”: DP Sam Painter on Jane Fonda in Five Acts 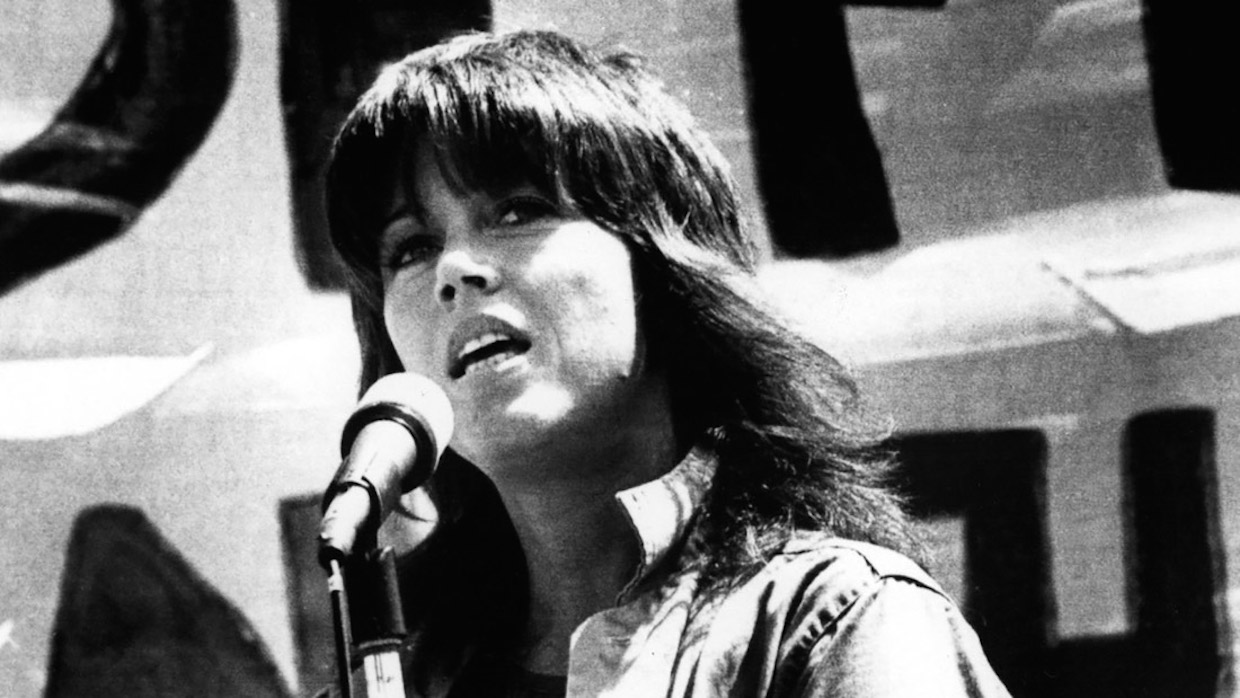 by Filmmaker Staff
in Cinematographers, Interviews, Sundance
on Jan 23, 2018

The past four months have seen the premieres of two documentaries shot by Sam Painter and directed by Susan Lacy. The creator of American Masters and the winner of 14 Emmy Awards, Lacy released Spielberg on HBO last October. This month she arrives at Sundance to debut Jane Fonda in Five Acts, her doc on the legendary actor, activist and feminist. Below, Painter discusses how he sought to photograph this “amazingly colorful, political, philanthropic and influential life.”

Painter: Susan Lacy the director and I met about five years ago, when she was hired by HBO. She had seen Going Clear which I shot and liked the way it looked. So I guess she knew what kind of look she was going to get from me.

Painter: Jane Fonda has had an amazingly colorful, political, philanthropic and influential life. How many people can you say that about? I couldn’t wait to hear her stories. One of the main goals for me was to make Jane Fonda feel as comfortable around me and the whole crew. This being a doc and not a narrative, I let the situations play out as if I am not there as much as that is possible.

Painter: No. I go into every doc fresh. We need to see how it lays itself out to us. What we can film, how to film it and what is the best approach to accomplish that.

Painter: None that aren’t the same for every doc. Location scouts are rare for most of the docs I shoot. You don’t always know what you’re getting into until you to meet the people you are filming and see the location. It is a doc so the location dictates to us what and/or how to film it. You modify your shooting around the location and the time that is allowed. Meaning, where is the available light coming from and how to augment it if possible.

Painter: I shot with a Sony F5 which I own and feel comfortable with. I shot with Schnieder Xenon Primes, Nikon Primes as well as Canon zooms – 30-300 and 17-120.

Painter: When I am shooting cinema vérité, I am a fly on a wall…as much as I can be. Jane usually knew exactly where I was. So for vérité I would almost always have to use existing light.

Painter: Being a doc I don’t recall anything being difficult accept her schedule vs. mine.

Painter: I shot in Slog and the film was edited in New York. So I did not have a final say in the grading.