“How Do You Make Sympathetic an Intentionally Enigmatic Character?”: Editor Mark Yoshikawa on The Catcher Was a Spy 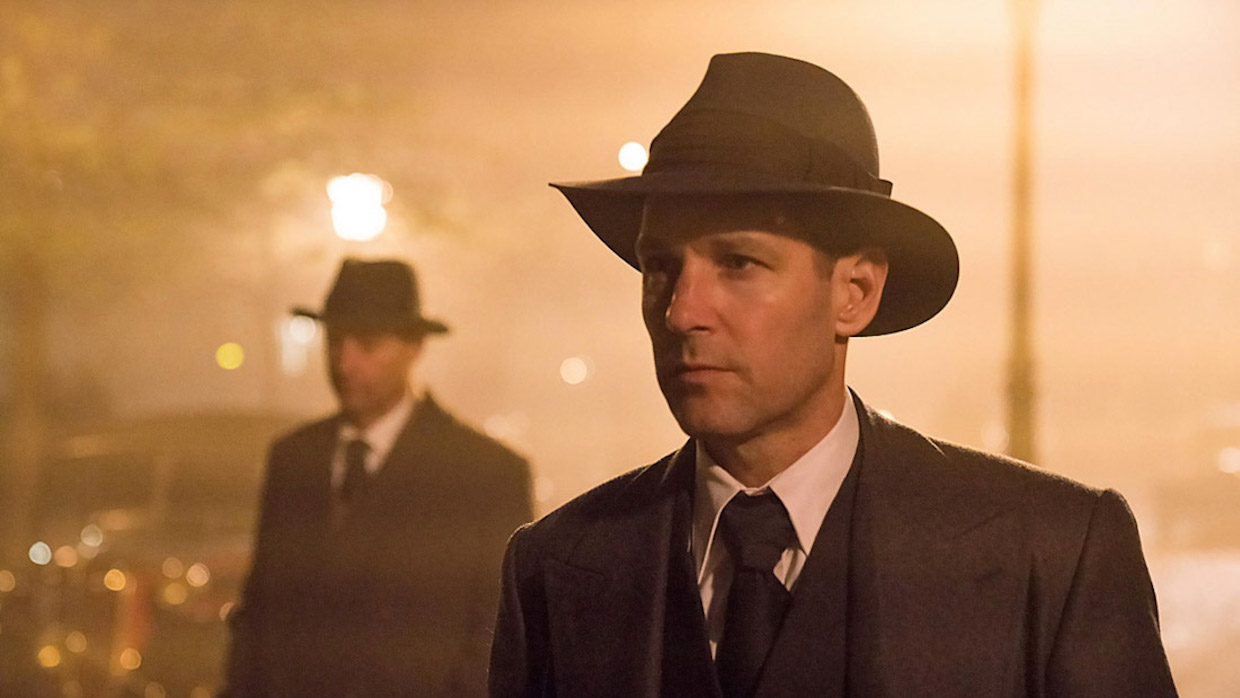 The Catcher Was a Spy

Mark Yoshikawa worked as an assistant editor for a decade before he began editing films and TV series full time. This decade he’s edited three films by Terrence Malick, the first two installments of the Hunger Games franchise and three episodes of HBO’s Westworld. His latest film, The Catcher Was a Spy, tells the real-life story of Moe Berg, a professional baseball player who became a spy for a U.S. intelligence agency during World War II. The film stars Paul Rudd, in a rare dramatic, along with cast of heavy hitters: Jeff Daniels, Guy Pearce and Paul Giamatti. Below, Yoshikawa speaks with Filmmaker about the structural changes made to the film in the edit room.

Yoshikawa: My agent sent me the script and I was a fan of baseball, WWII period dramas and Paul Rudd. Who knew one film could cover all these bases? I met with the director Ben Lewin at his home in Santa Monica and was hired soon after. Having just completed a couple of TV projects, I looked forward to jumping back into a feature narrative film.

Yoshikawa: The shooting script was told as a non-linear narrative. The pre-war life of Moe Berg was intercut with flash-forwards to his life as an OSS agent during the war. Even though this was a very interesting read and clever idea in storytelling, once the footage began coming in it became apparent to me that this technique may not be necessary. In fact, it was hurting the development of Moe’s character. In my opinion, the Moe Berg story is fascinating enough standing on its own. One of the strengths of the story is the unique, unpredictable and unorthodox journey that Moe makes from a professional baseball player to an OSS spy. By prematurely intercutting scenes of him as a future spy, it seemed to diminish the impact of the decisions he made along the way. In other words, if you already know he becomes a spy, the scenes in which he chooses to “become” a spy seem very redundant.

Yoshikawa: I worked as an assistant editor for 10 years before I began editing full time. I was fortunate enough to have some wonderful mentors as bosses, including Richard Chew and Robert Leighton. I have learned a lot from them and every collaboration I have been a part of since – from directors to producers to DPs to other editors and crews. I also must acknowledge that having worked on multiple films with Terrence Malick has broadened my editorial perspective in every project I have worked on since.

Yoshikawa: We worked on Avid Media Composer v.8.3, mainly because I am most comfortable and efficient working with it. However, I have recently taken training on Adobe Premiere Pro and am keen on learning more about its capabilities.

Yoshikawa: One of the most challenging parts of the film was the ending. Because of the nature of the actual historical events, some could view this conclusion as anti-climactic. Therefore, we had to imbue a style to the ending that felt both satisfying and true to the enigmatic character of Moe Berg. Earlier in the film, we had already established the cinematic grammar of cutting back to conversations that Moe had started in prior scenes, like with the Japanese professor in the bar or with Donovan in the Rome library. Applying this technique in the end helped us raise the stakes by letting Berg voice the fact that he would definitely shoot Heisenberg if he needed to. Also adding the threat of a “third man” in the pursuing Gestapo agent was an element that was added late in the script, but allowed me to play much more with the cat and mouse pursuit toward the end.

Yoshikawa: We did our temp effects within the Avid and also on After Effects. There was very little green screen used, however there are several set extensions and world-building scenes that help sell the time and place. The entire film was shot in Prague, except for the Fenway Park scenes. However, it doubles for Japan, Rome, Zurich and the US. The battle scenes were also enhanced with VFX, adding muzzle flashes and explosions.

Yoshikawa: From the beginning, I realized that one of the biggest challenges of this story was going to be trying to balance the “mystery of Moe Berg” with the humanity of the man. How do you make sympathetic an intentionally enigmatic character? In a similar sense, Paul Rudd as an actor is so well known for his lighter, more comedic roles. How do we take advantage of his natural charm while letting him portray a more serious role? I found that one successful technique was to use his silent close ups as reactions in moments when one might expect dialogue or a snappy response. Paul is excellent with these inscrutable facial reactions. A question is asked of him and his reply is simply a look. These reactions make the viewer curious about his character while endearing himself to the audience at the same time. As Moe Berg says in the film, he’s good at “keeping secrets.” It’s the audience’s challenge to try to uncover them.