“In Time, the Movie Always Reveals What It Wants to Be”: Editor Terel Gibson on Sorry to Bother You 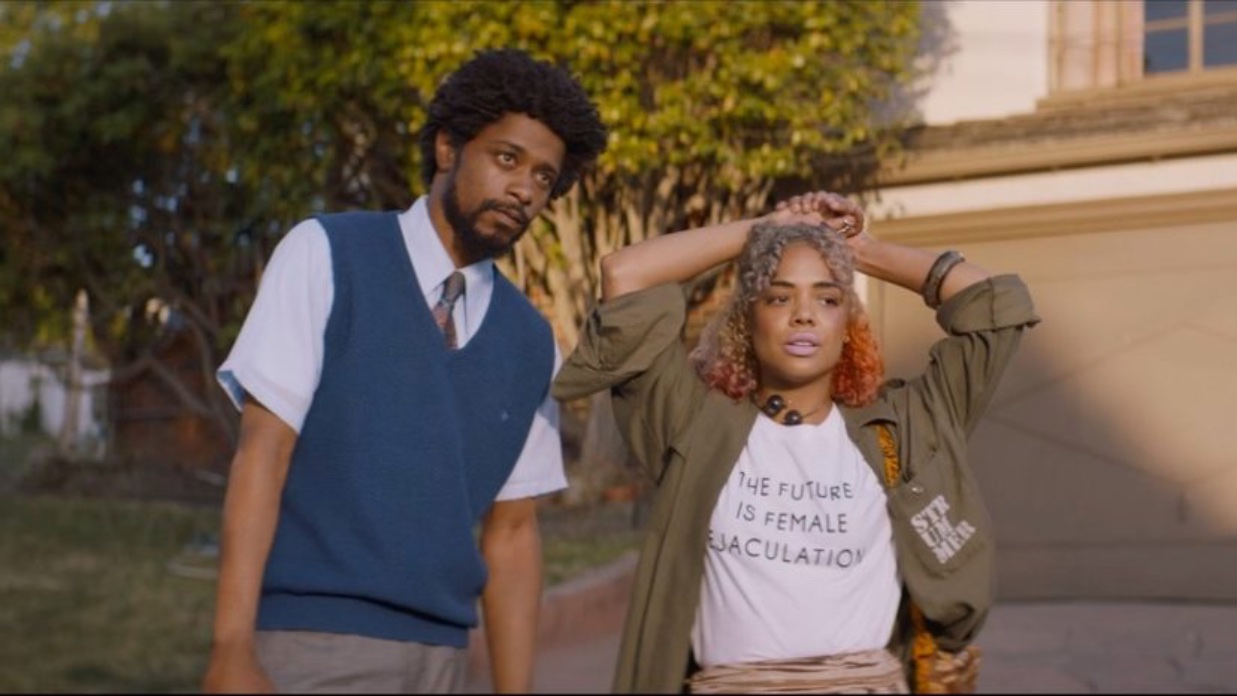 Sorry to Bother You

One of the breakout hits of this year’s Sundance, purchased by A24 in the festival’s last days, Boots Riley’s ambitious directorial debut Sorry to Bother You takes place in a near-feature uncomfortably close to the present. Telemarketer Cassius (Lakeith Stanfield) makes his way up the corporate ladder when it’s discovered his “white voice” does wonders in selling product. His rise up the corporate ladder, bringing him to the attention of unsound company head Steven Link (Armie Hammer), worries his activist girlfriend Detroit (Tessa Thompson). Editor Terel Gibson told Filmmaker about the challenges of assembling Riley’s satirical first film.

Gibson: I was recommended by a mutual friend and filmmaker, Catherine Hardwicke. She thought we’d work well together and couldn’t have been more right. Boots and I have a very similar sensibility and I was blown away by his incredible script. We hopped on the phone during the first week of shooting and connected creatively right way.

Gibson: My goal as an editor on any project is to navigate to the sharpest and most engaging version of the film. With Sorry to Bother You we spent time on calibration and experimentation, but what was particularly unusual was how well the film worked in the early stages. It’s really a testament to Boots’ talents, specificity, and this amazing cast. There was a feast of riches that made for lots of great options. Boots and I kept a close eye on making sure that we didn’t shy away from losing moments that serviced themselves more than they serviced the overall story.

Gibson: We screened the movie early and often. We looked for a consistency in the feedback that highlighted any pacing or emotional clarity issues. I love to compress time and give the film a sense of seamlessness. Without giving anything away, there is one transition from Cassius to Detroit towards the end of the film we discovered in the edit that was really satisfying. In essence we go from A to C, instead of from A to B to C. I love transitions where you can ask a question at the end of a scene and find a clever way to answer that question at the top of the next. There is also a staccato fast-motion montage — that sounded a little crazy at first but ended up working well. It almost feels puppetteered, like the stop-motion video Cassius sees at Steve Lift’s mansion later.

Gibson: I started working in editorial in 1997 on a Jonathan Demme film called Beloved. I have had the great fortune of working my way up the ladder from apprentice editor to co-editor with some legends of the field. Each had their own sensibility and approach. Editing is an incredibly subjective process, but I try to trust my instincts and embrace what feels like the most emotionally true version of a scene. In time, the movie always reveals what it wants to be.

Gibson: Avid. It’s by far the most stable editing system on the market today. It’s particularly adept at juggling a lot of material and the demands of cutting a feature film on a tight schedule.

Gibson: I can’t name one scene, which is incredibly unusual. The trickiest area to crack was the post-Steve Lift mansion section of the movie. After the dust settles, in early screenings we got the sense that the audience was craving a more linear third act. We tried a lot of different approaches to make sure we made it to the finish line without over staying our welcome. There were some amazing moments we had to lose in service to the whole in this area.

Gibson: Our VFX count was quite a bit heavier than you might expect (or hopefully notice) on this film. Our assistant editor Kate Prescott did an amazing job and handled the temp comps and VFX turnovers. Because of her talent and hard work we were able to watch the movie without any greenscreen very early in the process. It’s a huge help when you are trying to get a sense of how the moving is playing for people.

Gibson: Sorry to Bother You is incredibly rich with humor, wit, and allegory. From the beginning I approached this film as if we’re hiding a little medicine in a big bowl of candy. Boots has a clarity of voice and vision that is unique and exciting. While putting this one together, I don’t think I fully realized until the end  how closely the alternative reality of this film mirrors the world we live in.