Why I Am Hopeful: Programmer Eric Allen Hatch on the Future of Arthouse Programming 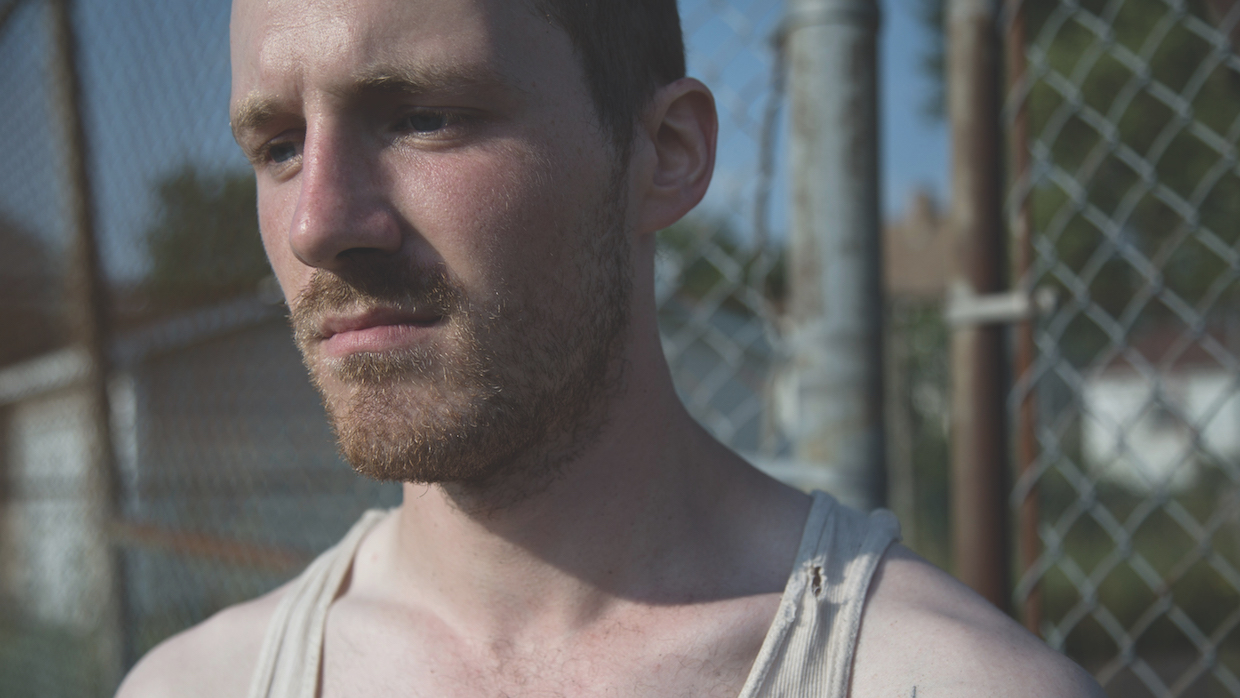 by Eric Allen Hatch
in Distribution, Filmmaking
on Jun 11, 2018

As a film programmer who recently made the painful but necessary decision to quit the organization at which I’d worked for 11 years, you might expect me to have a dim view of contemporary film culture. I don’t. Quite the contrary: I feel strongly that this is one of the great watershed moments in the history of cinema. Some of the reasons for my optimism are personal, but most can be generalized.

Working more than a decade for a regional film festival that gradually entered the national discussion around independent film, I became increasingly aware of an alarming divide. On the one hand, there’s the astonishing vibrancy of truly independent film culture as expressed by film festivals and alternative venues; on the other, the bland and largely cynical state of the corporate “art house” pipeline.

For most of my career, I’ve seen that gap widen, but there’s every reason to believe it’s closing again. In fact, it has to. We can’t build a sustainable film culture on soft hipster rom-coms, complacent costume dramas, talking-head docs, and late-career Woody Allen turds any more. Young, diverse ticket buyers are emphatically not checking in to Exotic Marigold Hotels in 2018. And to be blunt: Yesterday’s art house audience won’t live forever.

While the primary art house venue in my town (and probably yours, too) has long prioritized an elderly demographic from the outskirts of the city who warily ventures downtown for a matinee and then gets the fuck out of Dodge, festivals wisely positioned themselves as a much-needed alternative. Mine delivered early festival play for first features by such exciting voices as Barry Jenkins, Anna Biller and Desiree Akhavan, as well as the world premieres of Josephine Decker and Stephen Cone films—and adventurous audiences were there for it. To my utter delight, people were coming out for, and deeply engaging with, films like Post Tenebras Lux and Frownland (with the notable exception of the aging ex–frat boy who threatened to kick my ass for programming the latter on his way out).

Over time, we saw the possibility of transforming film culture in Baltimore much as the Austin Film Society and TIFF did in their communities in the 1980s and ’90s. We worked hard to conceive, fundraise, acquire and open our own three-screen venue. The highs there were very, very high. Beach House introducing Agnès Varda’s Vagabond as the first 35mm presentation in our historic auditorium in four decades? Unforgettable. It was thrilling to have full houses for films by Julie Dash, Ousmane Sembène and Sergei Parajanov, not to mention multiweek runs of cerebral emerging work like Rat Film and Columbus. Yes, I was working around the clock seven days a week, often for unbroken stretches of hundreds of days at a time, with anxiety and insomnia surging and no HR to talk with about my overworked, underresourced circumstances—but during such moments, it felt well worth it.

Because of my relative candor on Twitter regarding why I quit my day job, my DMs have overflowed with similar stories from colleagues around the globe. These peeks behind the curtains of film festivals, venues, distributors and funding bodies weren’t pretty. Certain dismal patterns recurred (and resonated): Boards who don’t engage with or even understand their organization’s artistic mission and are insensitive to the diverse neighborhood in which their organization’s venue is located; incompetent founders and/or presidents who create only obstacles, never solutions; unduly empowered, Trumpian bean counters who chip away at the taste and experiences that make organizations’ cultural offerings special; expensive PR teams that don’t bring to the table a bare-minimum familiarity with the rich subcultural art form they’re half-heartedly peddling as “product”; nonprofit arts organizations for whom art now ranks as a distant-second goal behind profit.

Dovetailing with this cacophony of encumbrances set in the paths of Herzogian soldiers of cinema by money-minded assholes, there’s a defeatist outlook shared by many cinephilic colleagues that takes it as understood that Our Team has lost an imaginary Final Battle Against Television. “Content,” the story goes, has permanently supplanted the cinema—which is understood to have peaked in a specific previous decade (namely, the 1920s, 1930s, 1940s, 1950s, 1960s, 1970s, 1980s or 1990s, depending on who’s doing the talking). In this view, art house theaters limp on, barely, as a moribund boutique service for a dwindling core of true believers, while making their bread and butter from—and necessarily devoting more and more screen time to—crowd-placating pap catering to the geriatric set.

The common denominator in all of the above is an outmoded view of film culture that has overstayed its welcome—a view that revolves around the unfortunate but far from irreversible consequences of dumbing down the art house, one Midnight in Paris at a time. For perhaps two decades, we’ve prioritized an increasingly reactionary, corporate-curated “indie” cinema that coddles and pacifies an overwhelmingly old and white demographic. Thankfully, that myopic epoch is coming to a close.

Moonlight, Get Out, and I Am Not Your Negro were not “surprise hits,” they were the triumphant first blast of what the next 25 years of moviegoing will look like. As the successes of these and other films cohere in the marketplace, tone-deaf gatekeepers’ stale assumptions of what art house films and audiences look like will no longer fly—not artistically, and not financially. The reactionary people who, over the past two decades, have tripped up visionary cinema’s path to the big screen with their own lack of vision are on their way out.

The film industry has never not felt threatened, responding to this proliferation of entertainment options with technological upticks and gimmicks that can only be experienced, or at least are best experienced, in a theatrical setting: (in rough chronological order) sound, color, 3D, CinemaScope, epics, blockbusters, 3D again, space blockbuster epics, caped blockbuster epics and 3D once more.

But: film culture has repeatedly responded—and renewed itself—with something different: quality. Quality, driven by forward motion, fresh voices and a global view. Film probably could’ve survived without The Robe and Avatar. But what would film culture be without the world cinema boom, New Hollywood or Do the Right Thing?

We’re in another such moment right now. I’ve been in boardrooms overstuffed with old rich white men who don’t understand why runs of Columbus and Rat Film or a rep screening of Daughters of the Dust drew better than a straight white romance or an opera doc. They’re not ready to hear the answer. When they think of whom the art house serves, they’re thinking of their friends, who tend to look and think and spend like them. That needs to change. What if the art house looked more like 21st century America? And what if we are where we are because what people actually want from alternative film venues is (wait for it)… alternative films?

Going to the art house used to, and should again, mean having an experience: one that might jolt, shock, sadden, challenge, provoke, transport, transform or otherwise take you out of your comfort zone. It should mean traveling to all corners of the world—not as a tourist lulled and dulled by postcard vistas, but as a human being seeking revelation and growth. At the very least, we’ve fucked up the ratio. Let’s start fixing things by slipping in the occasional Leisure Seeker to support a slate stacked with Apichatpong Weerasethakul, Carlos Reygadas and Lynne Ramsay rather than the other way around.

With this in mind, we can still learn a lot from Steven Soderbergh’s 2013 “State of Cinema” address at the San Francisco International Film Festival, where he urged film funders to be “very, very good at identifying talent. Real talent, the kind of talent that sustains”—specifically (and presciently) urging them to “call Shane Carruth, or Barry Jenkins or Amy Seimetz” and fund their ideas.

To take the liberty of piggybacking on Soderbergh’s exhortation, inching it five years forward and extending it to other film professions, I’d like to shout out some talent that excites me:

—Film venues: Do the hard, long-game work of building audiences for the next crop of films as vital as Werewolf, Rat Film, The Human Surge, The Blood Is at the Doorstep, Columbus and I Am Not a Witch.

—Everyone: Engage with the innovative curation of short films drawing from insanely deep wells of new talent courtesy of outfits like NoBudge, Borscht, The Eyeslicer and MEMORY.

Craft beer and anti-texting bumpers are cool. Historic auditoriums, 35mm prints and the collective joy of the big-screen experience are awesome—and selling points that preach to the converted. None of these are our saviors. What sustains and expands the art house is consistently delivering discoveries. And to have a belief, whether articulated or internalized, that film culture’s days of discovery are behind us is to be blind to the fact that for the entire history of film, all corners of film culture, even (gasp!) the art house, have overwhelmingly excluded and marginalized women creators, openly LGBTQ creators and creators of color.

Moreover, if television’s finest-ever hour—the gloriously deranged and transgressive third season of Twin Peaks—threw down any sort of gauntlet in 2017, it was one issuing a mandate for moving images that challenge audiences, leaving them talking and thinking and tweeting and dreaming, days and weeks and months later.

Twin Peaks is over (at least for now), and there’s a new season of Ballers on the way. Meanwhile, the next year of film is bringing us glories like High Life, Mandy, Sorry to Bother You and a Sundance slate programmed by Kim Yutani. Content is great; cinema is great. Let’s stop listening to yesteryear’s gatekeepers and stop worrying about the small screens. Instead, let’s push for a future of film that’s built on a network of festivals, venues and film communities whose primary concern is a cinema that’s unapologetically diverse, expansive and ready to take risks. Film culture depends on it: We’ve been selling a watered-down product for too long, and the word is out.