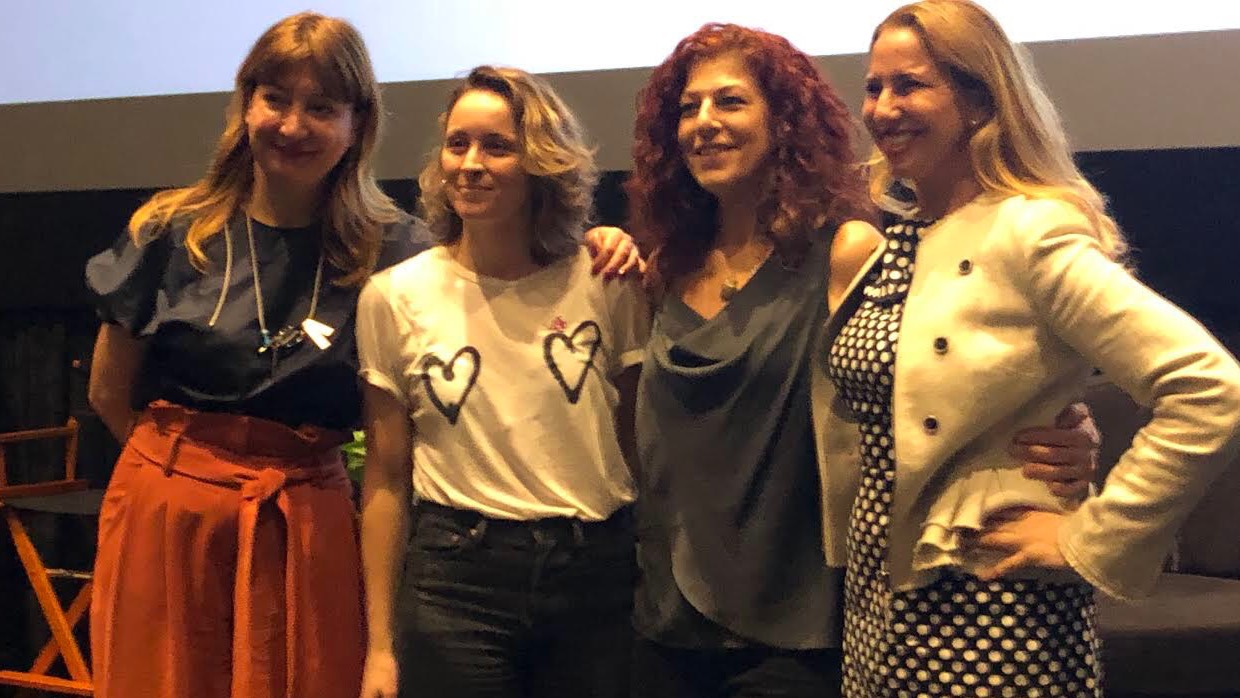 No film fest is complete these days without an attempt to tackle the vast gender inequality that’s long afflicted the industry. So it comes as no surprise that the sixth edition of the FilmGate Interactive Media Festival devoted an entire panel to searching for remedies when it comes to immersive media. “Reaching True Gender Parity in Interactive Storytelling” proved to be a fascinating chat amongst four fervent ladies — Marie-Pier Gauthier of the National Film Board of Canada (who also served as panel moderator), HP’s Global Head of Virtual Reality Joanna Popper, Vivian Marthell, who leads local art house O Cinema, and FilmGate’s own executive director Diliana Alexander. Sitting in the comfy leather recliners at the cozy Silverspot Cinema — a five-minute walk from the Eurostars Langford, the hotel in one of downtown Miami’s landmark beaux arts buildings where guests were put up — we audience members (who refreshingly included quite a few dudes) were treated to a no-holds-barred discussion filled with both frustration and hope.

Gauthier, who flew in from Montreal and apologized in advance if it took her a few minutes to find the right English words, opened with a bit of background on the NFB. She noted that after 80 years of producing and distributing, and of being pioneers in IMAX and direct cinema, they have now shifted their focus to embrace XR (“X-Reality”). And as a “tech agnostic” entity they will support everything from VR to live events. For the past two years, NFB has been aiming for full gender parity by not only supporting women as directors and in key creative roles, but also when it comes to the funding — and, just as importantly, within its own structure. “True gender parity,” Gauthier reminded us, starts with the gatekeepers.

Marthell chimed in that Miami-based O Cinema, while certainly open to new media, has a stated mission to present community-centered films by women and also POC. And that she often has difficulty getting as much content from underrepresented groups as the arthouse would like to showcase. Popper spoke of representation, and specifically the statistic that though women make up 51% of the general population it’s not even close when it comes to the percentage directing Hollywood flicks. And that chasm has unfortunate parallels to most areas of our public square, including Congress. She stressed the necessity of leadership parity above all else and decried the fact that the “minority” (i.e., white male) viewpoint has always been the default POV in our culture.

That said, Popper also expressed great enthusiasm when it came to the realm of XR. After all, there are no “experts” in newborn mediums like VR. Everyone, male and female and non-binary-identifying alike, are currently working on the same level playing field. Which, in turn, holds the promise of equal representation. Something that the tech world — begun and run mostly by straight white guys — never allowed for, and is now paying the price for that homogeny. Maybe the best products weren’t created, Popper theorized. Could all the ills we now collectively face — from data breaches to smartphone addiction — have been avoided with a few more women at the helm? Unfortunately, we’ll never know.

Which sparked Alexander to bring up the idea of “culture and reality intertwining.” Miami, she noted, was known for its fast cars and sexy parties long before those things were actually part of its landscape. In fact, the city changed to live up to the “Miami Vice” hype it saw in the media. Culture can indeed change reality itself. Likewise, women often conform to the images of themselves they see represented onscreen. The FilmGate co-founder then mentioned that she’s a fan of the TV series Mad Men because of its authenticity factor — a result of all the female characters being written by women. She stressed that it’s important to push women towards directing, camerawork and tech – and “not only towards being producers.”

Which led Popper to bring up “the Scully effect,” the fact that female fans of the X-Files are more likely to seek STEM careers. (She also gave a shout to the Geena Davis Institute on Gender in Media for the study.) She emphasized that it’s crucial to encourage women to apply to jobs and for promotions regardless of whether they meet all the stated requirements. (Something that most men instinctively do.) Women must take the initiative regardless of the media they choose to work in.

Gauthier mentioned that in Montreal they have a “Women in Tech Manifesto” that includes “action points,” such as increasing the percentage of females speaking at tech events (so that they are more visible), and encouraging women to promote themselves and to recommend other women. At which point Alexander disclosed that FilmGate had recently partnered with their Montreal sisters to create an XR lab specifically for women and women-identified creators. O Cinema is also set to be involved — with Marthell dreaming of an “augmented art house.” Miami has a strong contemporary dance scene — so, Alexander then proposed, why not connect choreographers with VR producers? Indeed, as the panel came to a close the possibilities for disrupting the “minority” point of view seemed as endless as the summer heat just outside the door.