“What Moonlight Gave Us Was the Confidence to Execute Our Ideas Without Fear”: Writer/Director Barry Jenkins on If Beale Street Could Talk 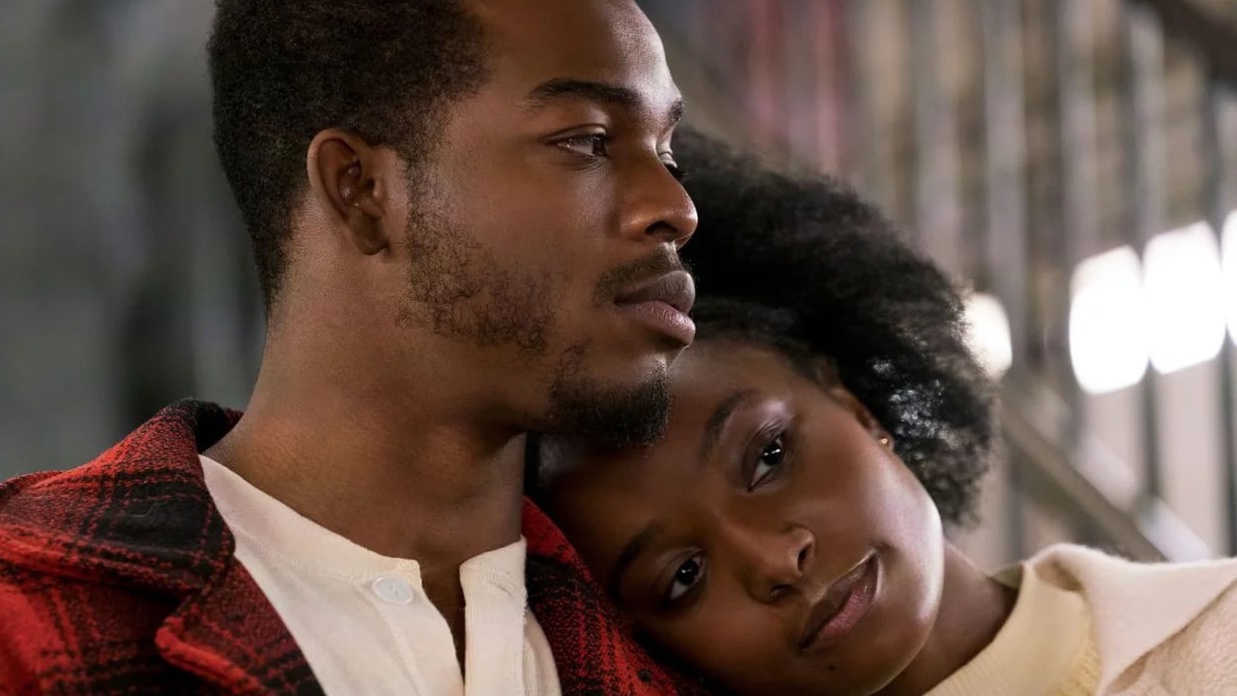 by Jim Hemphill
in Columns, Directors, Interviews, Screenwriters
on Dec 13, 2018

Writer-director Barry Jenkins solidifies his position as one of the current cinema’s most empathetic and visually (and aurally) expressive filmmakers with his third feature, If Beale Street Could Talk. Adapted from a 1974 novel by James Baldwin, the film tells the story of Tish and Fonny, a young couple whose dreams are cut short by Fonny’s wrongful imprisonment; moving back and forth between the early days of their love story and the brutal reality of their present, Jenkins crafts a masterpiece that is simultaneously achingly, hopefully romantic and unblinking in its portrait of social injustice. While Moonlight drew upon cinematic influences like Claire Denis and Wong Kar-Wai, If Beale Street Could Talk references the New York street photography of Gordon Parks and Jack Gorafollo to create what Jenkins refers to as “a cascading wave of portraits,” intimate moments in the lives of his characters that build to a vision of American life as epic in its ambition as it is concentrated in its emotional effects. Taking his cues from Baldwin’s language and perspective, Jenkins crafts images that are as solid and formidable as they are dreamy and seductive, mixing docudrama reality and lyrical romance in a manner unlike anything else I’ve ever seen on screen. In terms of his ability to reconcile the tender and the brutal within the same film he’s the equal of a great Italian neorealist like Rossellini, but Jenkins’ style is all his own — with If Beale Street Could Talk he has found his most direct line yet between his expansive and generous view of the human condition and the cinematic means by which to express it. I spoke with Jenkins as he prepared for the movie’s release — it opens tomorrow (with screenings tonight) in New York and Los Angeles and starts rolling out across the country on Christmas Day — and began by asking him about the origins of the piece.

Filmmaker: As I understand it, you wrote If Beale Street Could Talk and Moonlight back to back and Moonlight happened to be the one that you got off the ground first. When did you first encounter James Baldwin’s novel?

Barry Jenkins: I first read the book in around 2010 or 2011, so this was post-Medicine for Melancholy, pre-Moonlight. A friend who works in film suggested that I read it; she just thought that there was a film in it and that I was the person to make it. When I read it, I saw exactly what she meant. Mr. Baldwin has these two voices he writes with, one of which is very lush and almost obsessed with romanticism and romantic relationships, while the other is very diligent about social critique and holding America accountable for the way it treats black lives. I loved those two voices, and how organically they coexisted in this book — and then the other element of it is that you’ve got James Baldwin writing a procedural! How do you not get excited about that? So I was hooked from the very beginning.

Filmmaker: Was it challenging finding visual corollaries for Baldwin’s literary voice when you sat down to adapt the book?

Jenkins: You know, that wasn’t so difficult at all because the way that Baldwin writes is so visual and so emotional. The way he constructs sentences and builds metaphors is very sweeping and evocative, so that part was there. What’s tricky is keeping yourself from going overboard with that evocative language and imagery and taking the audience into consideration, because the book is nonlinear. I felt like the film should also be nonlinear, but there still has to be a way for the audience to grab a hold of the story and follow it, so the main challenge was streamlining what was already there.

Filmmaker: Did you mess with that structure in the editing, experimenting with when to jump back and forth between the two time frames?

Jenkins: Oh sure, there was a lot of experimentation there. That’s the whole process, you make a film three times and hopefully you’re staying open and thinking outside the box at each stage. Interestingly though, in post we began by deviating from the script but slowly found ourselves getting closer and closer to it again over the course of the month, until we got to a point where there were far fewer deviations than when we began the process.

Filmmaker: I was blown away by Kiki Layne, who I don’t remember seeing in anything else. How extensive was your casting process looking for an actress to play Tish?

Jenkins: We cast a pretty wide net, but Kiki actually found us. I’m not looking for new faces, but I’m certainly open to new faces, and Kiki had just moved to L.A. – the reason you haven’t seen her before is because she hadn’t done much before. She was helping someone else who had been invited to audition; she was reading sides with him and decided to pursue a role herself. Through her reps she sent in a tape, and she was right in the zone I was looking for. Remember, I needed someone who could be young and innocent, experiencing everything for the first time, but who could also speak with the voice of a woman who has evolved and has come from those experiences. With the non-linear structure, you’re often seeing Tish from scene to scene going from being a girl to a woman and back. Kiki accomplished that.

Filmmaker: The chemistry between her and Stephan James is extraordinary. How much work did you do with them during casting and pre-production?

Jenkins: We did do a chemistry read between Kiki and Stephan in casting just to make sure we really believed that these cats were soulmates, but it’s not my way to do a ton of rehearsal. Sometimes I feel that if you rehearse too much, then you get to the set and you’re working toward whatever was decided in the rehearsal instead of actually living in the present moment. It’s the same reason I don’t storyboard – you can work toward the storyboard and make work that’s devoid of life. Now, I would storyboard if I was making something like Black Panther, but the films I’ve been doing don’t mandate it. One of the blessings with this piece is that I had a lot of faith in the source material, so rather than telling the actors the film is the film and the book is the book, I felt very open about saying, “if there is something in the book that moves you, feel free to incorporate that.” We did have one day of rehearsal, but that was more about getting the family together and making them feel comfortable with each other.

Filmmaker: Since you brought up the family, I have to ask about the early scene where the family finds out Tish is pregnant, and then Fonny’s family comes over, and you’ve got all these characters in one space talking and you have to figure out who to put where and how to cover it…how do you begin thinking about staging a scene like that?

Jenkins: Oh my goodness, yes, that was difficult. In my two previous films there might be a single scene where more than two people are having a conversation. Now to have something like eight characters sitting in a living room…how do you create the same environment for freedom of movement, freedom of thought, freedom of expression for the actors? Now, I don’t storyboard, but I do shot list. Then on the day I allow the actors freedom, and [director of photography] James Laxton freedom, and myself freedom to veer away from those things, because on the day I find that really amazing things just spring up — things that are better than what James and I can think of sitting in an office. For the scene you’re talking about, we kept about 30 percent of our shot list. Right away we realized it was best to just get the cameras outside the circle and let the actors do what they do — to maintain the aesthetic framework that we built for the film, but to move it from the forefront to the background so that the scene could really come alive.

Filmmaker: Something else that makes the film come alive is the sound design, which is really immersive. Could you talk a little about what you were thinking there?

Jenkins: We treat the sound the same way we treat the cinematography, which is with the idea that it should be a reflection of the main character’s consciousness. In terms of the cinematography, when Tish is remembering the more beautiful and tender times with Fonny, those scenes are overly lush and overly saturated because they function as memory — when we remember things, we don’t remember them as a documentary. There’s more light in the flashbacks, and much more shadow in the present-day scenes, where Tish and Fonny are in a kind of purgatory. As far as the sound goes, when I’m making a film, I’m not just considering the screen — I’m considering the house, the actual environment where the audience is going to watch the movie. One of the things we decided right away was that the voice-over narration in the film needed to be experienced in a different way than the dialogue, so if you’re sitting in an auditorium it feels like you’re inside her head. Her voice is coming from all around the room, whereas the dialogue is coming from the front channel, and it’s a very different effect. In other scenes we would stoke up the reverb and things like that, just to reflect what the characters are feeling.

Filmmaker: It feels like an extension of techniques you were playing with in Moonlight. Do you think the film was different than it would have been if you made it before Moonlight rather than after?

Jenkins: I always intended to make this film first. There were a lot of aesthetic things that [DP] James Laxton and I tried on Moonlight that we didn’t have full confidence in, we didn’t know if they would work. Then when they did, it gave us more confidence making this film, which in every way you can imagine was a more challenging production. It’s different from Moonlight, because Mr. Baldwin’s world and language dictated a more classical aesthetic. I think the biggest difference between this film and Moonlight is how locked off the camera is in this film compared to that one; still photography and portraiture were such an influence on the film that it proceeded almost as a cascading wave of portraits. What Moonlight gave us was the confidence to execute our ideas without fear.