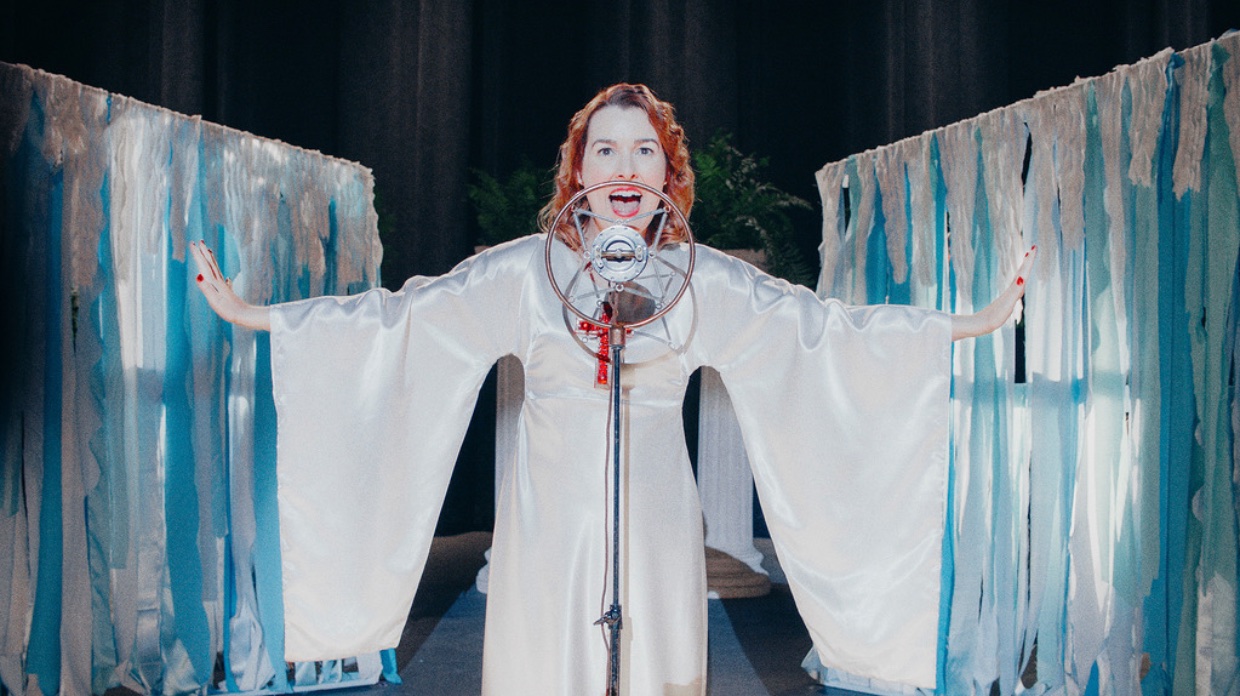 As it goes in low-budget filmmaking, we went in understanding that we probably wouldn’t have the amount of shooting days we wanted, that we couldn’t really go overtime, and that if we were going to make our days, we had to be open to a whole lot of unorthodox solutions and—while staying protective of our vision—not be precious.

And, honestly, we had our moments, but we weren’t fundamentally challenged…until our last day. We were on location in New Mexico, had shot a bunch of scenes in between circling monsoons and only had one scene left to complete the film. But not just any scene. One of the most important scenes between our two lead female characters: an intimate, long confession set inside and outside our 1920s picture car in the wide open nature at night. It was a supermoon!

We were waiting for the sun to go down, had been assured that the next giant monsoon popping up on the Doppler app was heading in the opposite direction. We even took a few minutes to take in the moment with the crew when the Doppler app beeped. The storm had changed course. It was headed right towards us and would last the whole night. There was no tomorrow. Pushing meant we were losing the scene.

The crew quickly packed up camp, the producers made frantic phone calls hoping to find some magical place where we could fit a car, and we sat down to slash almost every shot of this pivotal scene.

A couple of hours later we found ourselves in a random garage with fluorescent lighting outside of Santa Fe that was in process of becoming a VFX school. Carlos, our DP, had almost none of the lighting package he needed for this location, our crew and actors were drenched and exhausted, we were in real overtime for the first time, and the storm was pounding down on this man’s garage/VFX school. We thought the whole thing was going to fold in on itself.

Then suddenly everything got real quiet and every department pulled out their best MacGyver moves. Two set ups, one lens change, a manually flickering light bulb, and two great actors: No frills, just the essence of the scene.

In every rough cut screening people pointed out that it was their favorite moment in the film. That scene reminds us of the importance and magic of great collaborators and that, if an audience is with the characters and the performance, they don’t see the seams.