“Filming a Record of the Voyage on a Clunky SVHS Camera”: Director Alex Holmes | Maiden 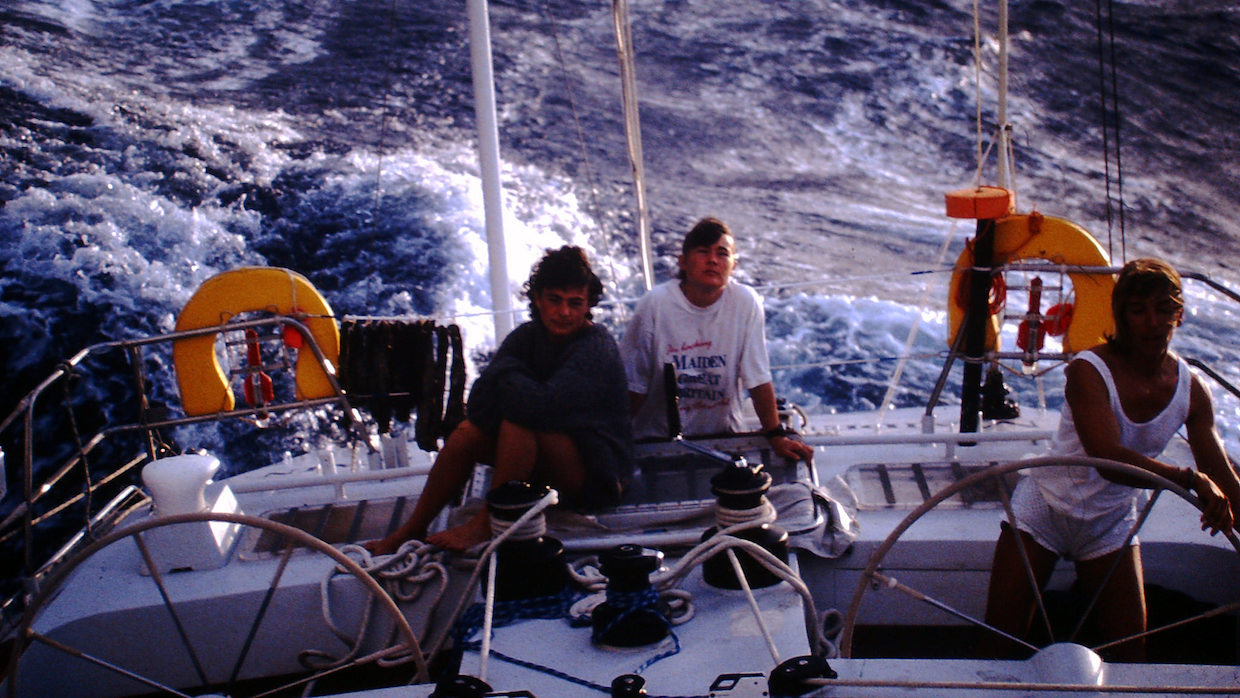 The hidden part of Maiden—a film about the first all-women crew to take part in the Round the World Yacht Race—of which I am most proud is the beautiful, sensitive and revealing camerawork of Jo Gooding. Jo, a relative novice to ocean sailing, was the cook onboard Maiden and, as everybody had to adopt a second role, she took on responsibility for filming a record of the voyage on a clunky SVHS camera. Jo is a woman of remarkable emotional intelligence, patience and bravery, and all of that shone through in the use she made of the camera. We, the filmmakers, and you, the audience, are the beneficiaries. Her camerawork records not only the excitement and derring-do of this amazing crew, but slowly reveals the unbreakable bond that forms between these women as they take on the world. Only those who study the end credits closely (where Jo gets a shared credit with the 2018 cinematographer Chris Openshaw) will realize it was largely her eye that captured this beautiful adventure.