“I was Amazed That We Got Permission to Film in Russia”: Directors Jennifer Baichwal, Nicholas de Pencier and Edward Burtynsky | Anthropocene – The Human Epoch 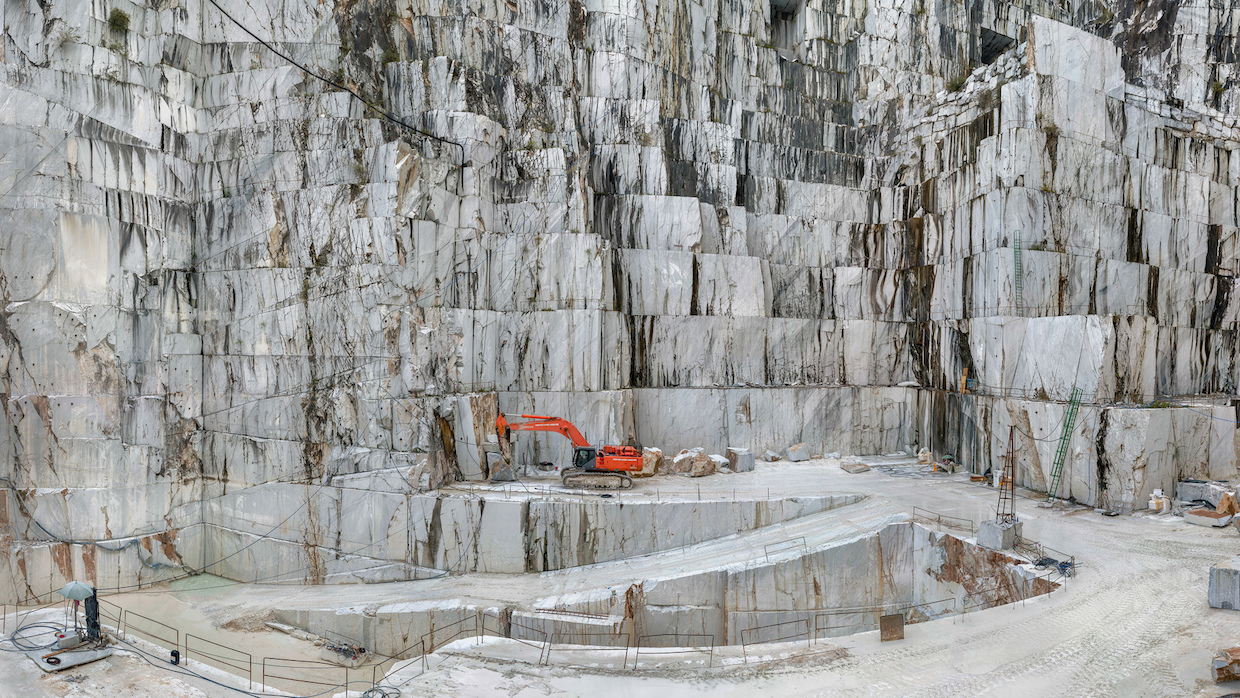 The scenes in the film from Norilsk and Berezniki in Russia have particular resonance for us, for a number of reasons.

I was amazed that we got permission to film in Russia. All our research indicated that it’s never been harder to get a North American camera crew into the country since the Cold War. And we were pushing it even more by trying to get into underground mines in the Ural mountains and into the “closed city” of Norilsk. To film in the subterranean, psychedelic potash mines, the tunnels of which span over 3,000 kilometers, we needed an invitation from the mining company. Norilsk, 200 miles north of the Arctic Circle, is a one company town of around 175,000 people. It has the largest colored metal mine (chances are your cellphone has palladium in it from Norilsk) and heavy metals smelting complex in the world, and is one of its most polluted cities. There is no road or rail access. Because of its strategic importance and gulag forced-labor history, even Russian citizens need special permission to go there. It took a long time to process the visas and I felt the odds were insurmountably against us, and that we were just going through the motions to say we had tried. Then one day they arrived. Incredible. — Nicholas de Pencier

Five hundred tons each of copper and nickel oxides, and two million tons of sulphur dioxide, unscrubbed, are released into the air from the Norilsk smelters every year. The life expectancy of factory workers is ten years below the national average. When we were invited to film in the copper smelter, I noticed three women, crane operators, on their coffee break. I wanted to talk to them, to find out about their lives. Here is some of what they said:

Many people love Norilsk, but some want to leave. Greenery is severely lacking here. Oxygen is too, as a result. It’s not an ordinary city. At the beginning, it takes some getting used to, but when you adjust, it pulls you in, and becomes your own. You become a romantic. You see beauty in a flower that’s bursting through the stone.

After this we were detained and fingerprinted by the Federal Security Service for being “journalists who came into the city under false pretenses” because, they argued, we conducted interviews with people which were inconsistent with an art project. The standoff lasted a number of hours, then they let us go but periodic harassment continued for the rest of the shoot. Despite this being a bit scary and taking up valuable time, the philosophical debate was interesting. Do only journalists conduct interviews? What is a journalist? What is an artist? Can a documentary filmmaker be an artist and not a journalist? We argued these questions, but did not reach an agreement. — Jennifer Baichwal

When we were planning the underground shoot in the Berezniki mines, our biggest challenge was how to get a tracking shot through the tunnels without having stands and hot lights appearing in the frame. I wondered if the whole area could be captured using photogrammetry and then stitched together digitally and animated. After some research we found an expert in Atlanta, Benjamin von Cramon, who helped us capture the tunnels using tens of thousands of images. We then reconstructed these in software. The resulting sequence lasts no more than 20 seconds but took months of planning, tons of resources, and a lot of experimentation. It could not have been achieved any other way. I always get a kick out of watching when it comes up in the film. — Edward Burtynsky