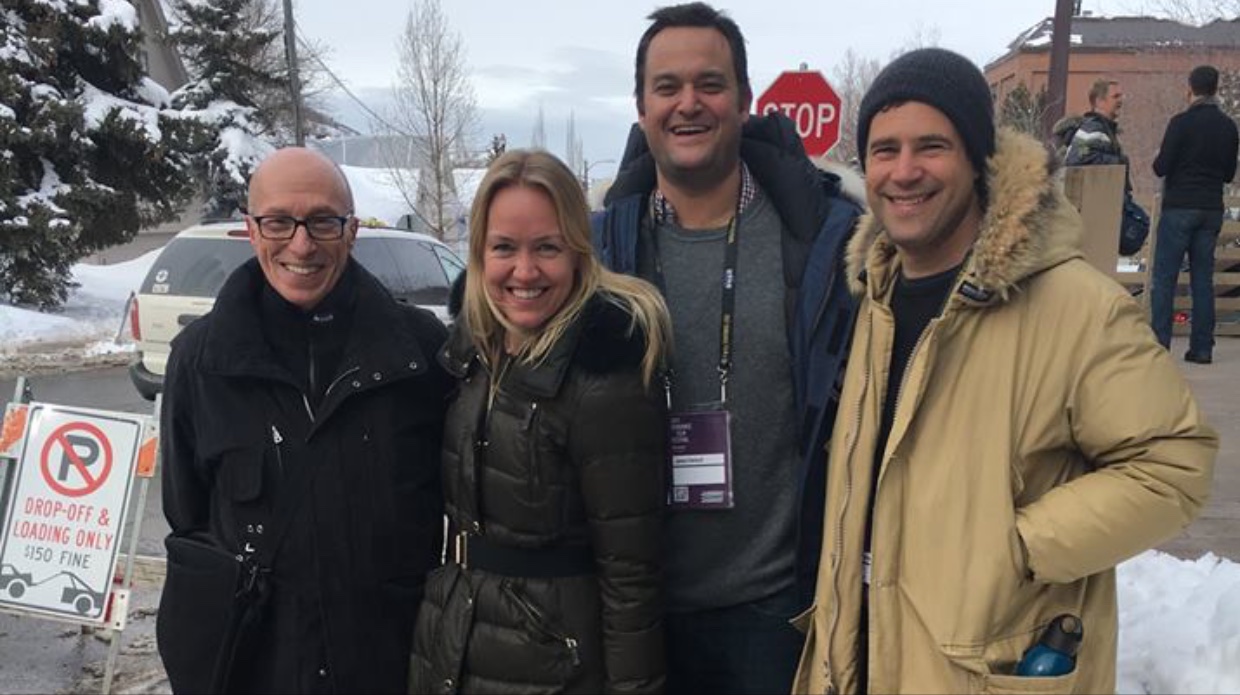 by Anthony Kaufman
in Distribution, Filmmaking
on Jan 16, 2019

Mark Urman, the film publicist, marketer, distributor, father and husband, was one of the significant figures of the indie film boom of the 1990s and 2000s, participating directly in its rise and adapting to its shifts over the decades.

His death last weekend at the age of 66 came as a shock to his colleagues in the industry and a great loss to his friends and family. “We’ve all been shedding tears,” says Jamie Patricof, producer of Half Nelson, one of the breakthrough indies Urman shepherded. “He was such a unique voice in our business, and he was really able to make movies work that people thought would be impossible.”

First working as a publicist at DDA, and then as a top distribution executive for companies such as Lionsgate, Urman was at the forefront of American independent film movement’s many milestones, guiding the publicity campaigns for such films as Miramax’s The Crying Game and Like Water for Chocolate and Fine Line’s Shine and The Sweet Hereafter, and releasing movies such as Buffalo ’66, Shadow of the Vampire, Monster’s Ball and documentaries such as Spellbound and The Aristocrats.

“Mark committed himself completely and with absolute integrity to his films and filmmakers,” says Jack Foley, head of distribution at Bleecker Street Films, who rode the New Jersey PATH train with Urman on many days into work in Lower Manhattan. “His joy for his work on films was always apparent to all with whom he collaborated.”

Producer Linda Reisman, who worked with Urman over the years when he was a publicist at DDA on films such as Paul Schrader’s The Comfort of Strangers, remembers how Urman “spoke so eloquently and articulately and could persuade anyone to see a film, to rethink a film, to do an interview,” she says.

Later, while working on Reisman’s 1997 project Affliction, also directed by Schrader, he went from publicizing the film to acquiring it in his new position as co-president of Lions Gate Films Releasing. “He fought for it relentlessly and rallied the critics,” remembers Reisman, who credits Urman for the film’s slew of year-end accolades, including Nick Nolte’s Academy Award nomination for Best Actor and James Coburn Academy Award win for Best Supporting Actor.

Similarly, Patricof and filmmakers Anna Boden and Ryan Fleck recall how Urman and his company ThinkFilm took a chance on their debut film Half Nelson, starring then rising actor Ryan Gosling, who went on to receive an Oscar nomination for his role. “Very few people remember that Half Nelson had no buyers at Sundance until Mark came along,” says Patricof.

“After our meeting with Mark,” said Boden and Fleck in an email, “he left us feeling like he understood our movie better than we did. His words really meant the world to us then. They mean the world to us now.”

Patricof adds, “When we won best film at the Gothams that year, I thanked all the buyers for passing on the film, because if they hadn’t, Mark might not have released the film — and his care and his brilliance led to the success of the film and our careers.”

During Urman’s tenure at ThinkFilm, he also helped foment a surge of documentary box-office successes in the mid-2000s, such as Oscar winners Taxi to the Dark Side and Born Into Brothels. Submarine Entertainment co-founder and producer Josh Braun, who represented Spellbound, saw “that film as one of the true turning points when a documentary was perceived as not just an informational experience but a cinematic experience, and it was 100% due to Mark and his team at ThinkFilm.” Braun continues, “He certainly contributed to the world of film in a major way, but in particular he was pivotal in the evolution of documentary films.”

In addition to also taking on challenging and groundbreaking narrative films at ThinkFilm, from Gus Van Sant’s Gerry to Shane Carruth’s Primer, the company also proved to be a training ground for a new generation of film executives who’ve gone on to major success at other entertainment companies, including David Fenkel and Daniel Katz, now co-presidents of A24, Daniel Berger, president of Oscilloscope Laboratories, Dylan Marchetti, a Senior VP at Well Go USA, Alex Klenert, Senior VP at MPRM Communications, and many others.

“There’s a reason why so many of us former ThinkFilm-ers are still so active in the industry, and it’s Mark,” says Michael Tuckman, who worked with Urman for nearly two decades as head of theatrical sales for THINKFilm and Paladin, his most recent company. “He loved film and the showmanship of distribution so much. And he created an environment and excitement that influenced and affected all of us, always being a champion for his movies. Even though they were directed by others, he did call them ‘his’ movies, as he put so much care and planning into making sure they were met by audiences with the same passion that he had for them.”

Throughout Urman’s career, he remained dedicated to the theatrical release, amidst the rise of VOD distribution through to his current company Paladin. Alex Klenert remembers, “Mark would reassure filmmakers that there was still a place for a theatrical window, and traditional movie theaters will never go away because ‘you can’t always go to someone’s apartment on a first date.’”

Oscilloscope’s Dan Berger, who worked as an international coordinator at THINKFilm in the mid-2000s, remembers Urman as “a true cinephile,” he writes in an email. “I don’t know that I’ve ever met anyone that had the depth of knowledge, appreciation, and opinions — oh boy, did he have opinions — about film.”

“What I loved most was falling down a rabbit hole of cinephiliac discovery born of conversation that jumped from Fritz Lang to Tab Hunter (‘You don’t know who Tab Hunter is?! Shame on you!’) and a million other topics,” continues Berger. “And just when you thought you knew something or had established an opinion, he’d bust out some crazy Jedi mind trick and make you realize that what you thought is not actually what you thought at all, but really it’s what he thought.”

Many who knew Urman also speak fondly of his dedication to his family and his avid flair for words and sophisticated vocabulary, or as Berger describes it, “a flourish of diction that would have kept James fucking Joyce on his toes.”

Over the years, journalists, including this one, often sought out Urman for shrewd observations and pithy quotes on any number of arthouse industry-related subjects, whether marketing Miramax titles (“We were selling sex, scandal and an X rating, cloaked in something that was intellectually high-tone, which made it all the better”) or the overspending of specialty divisions in the late-‘00s (“It’s like in those big, corrupt churches, where it’s all about glitz and money”). If Urman was still around, he surely would have offered his own best epitaph.