“Everything We Could Embrace about Motherhood Happened Through the Making of this Movie”: Director Ash Mayfair on Her Vietnam-Set Debut, The Third Wife 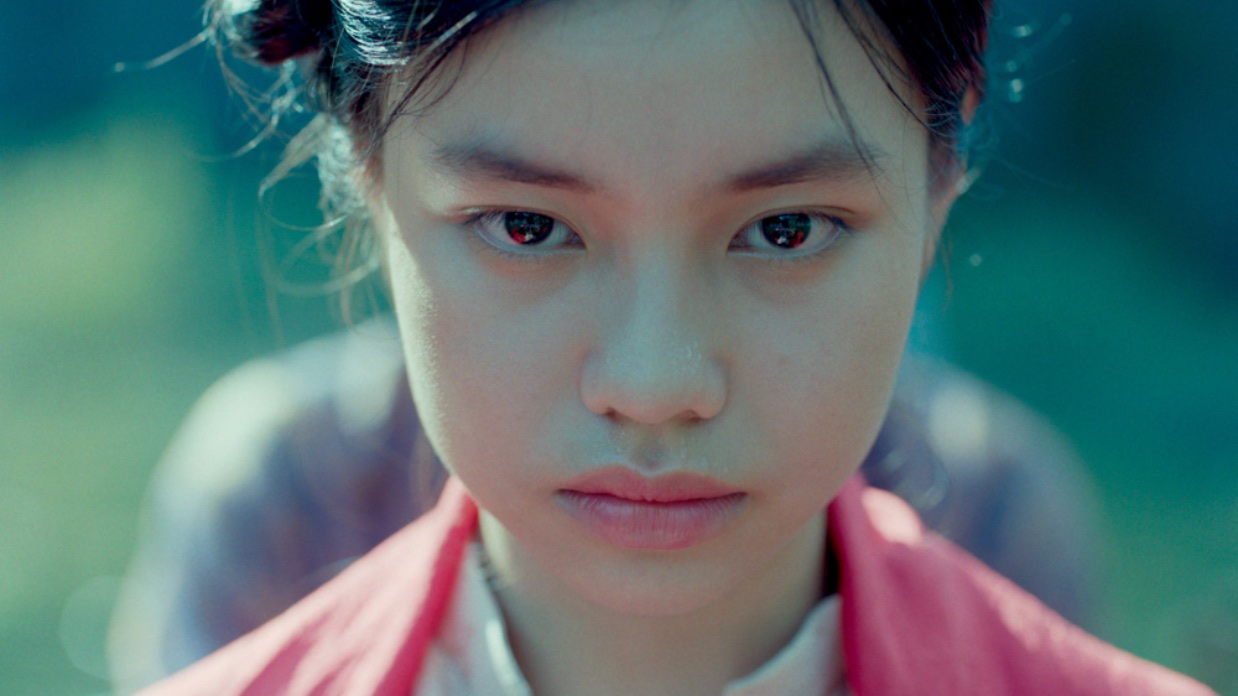 by Amber Wilkinson
in Directors, Interviews
on May 17, 2019

The Third Wife marks the ambitious debut of Vietnamese director Ash Mayfair, who gained her MFA from NYU. Set in the late 19th century, her film tracks the fortunes of 14-year-old Mây (Nguyễn Phương Trà My), who is selected as the third wife of a much older man, who expects her to bear him a son. Her life in rural Vietnam becomes further complicated as she begins to develop feelings for the second wife Xuân (Mai Thu Hường) and as pressure builds in the family. Shot by Chananun Chotrungroj (Pop Aye, Hotel Mist), the film largely uses natural light and Mayfair employs water and nature imagery to emphasise the emotions of her protagonist. Filmmaker spoke to Mayfair at San Sebastian Film Festival in Spain about the origins of the story and the challenges of the shoot.

Filmmaker: When you wrote this film, you’ve said you were quite inspired by your own family — does using material that’s close to you like that bring challenges of its own?

Ash Mayfair: This was inspired by my family history. My great-grandmother was married in a polygamous family and when she was very, very young. My grandmother, too, also had an arranged marriage, and I grew up with them passing on the stories and telling me what it was like. As a child, I’d just hear all these anecdotes and always had the idea to turn this into a film. At school, my mentors encouraged me to write about something that was deeply personal. At first, I was terrified. I didn’t know if I could do it justice. But I trusted that what I felt so deeply could translate on to the screen.

Filmmaker: There’s a lot of nature footage in the film, especially concerning the nature of silk, when did you decide to incorporate those elements and why?

Mayfair: When I was writing the story and going on location, I lived in these locations for months to understand the pacing and the rhythm of how life was lived back in the 19th century and I understood that the landscape is connected to her a woman. I felt it was necessary to communicate that to my team and how we could bring that together through the picture, so nature told me what to do before we finally shot the movie. So, the silk and the water and the mountains and the passageway are all part of his woman’s body. They represent what the main character is going through emotionally and physically.

Filmmaker: The ambient sound is quite important in the film as well — the idea of being able to hear a beetle hum or someone walking through leaves — how hard was it to achieve?

Mayfair: When we were preparing on location, the big thing that struck me was the silence. But this was a silence full of sounds. It was so pregnant with seasonal changes and insights and bird songs, so the sound design very naturally came out of our experience of living on the set and being surrounded by these mountains. The more we stayed there, the more connected it became to the psyche of the character, too. Both the sound and the music in the film have to work in a way that made us feel an emotional connection to what Mây was feeling.

Mayfair: I’m really lucky because the DP is my best friend from school, so she knew me really well and we could communicate very quickly and she was involved with the project even before the script was written. She did Pop Aye, she’s done quite a lot. She’s very familiar with using only natural lighting and for the film, because so many of the locations were so difficult to get to, pretty much all the exterior scenes you see are in the middle of the mountain range somewhere. So, every day, we would have to hike or two or three hours in and do the scene and then hike out with the equipment. The challenge and limitation of that was what forced us to be creative and poetic about what we shot. We tried to use natural lighting as much as possible. All the night scenes you see, it was lit by real fire out of necessity and it also became an artistic choice.

Filmmaker: Talking about the female element of the film. You’ve cast very young girls to make the point, which is good to see because all too often characters like this are cast older to make it more “palatable” for an audience to see these things. But did that present some challenges for you as well? Because obviously you’re trying to show certain scenes and you want to protect your actresses.

Mayfair: The lead was 12, so she was very young when she took on such a challenging role. It was a huge challenge for us to find her but once we did, I was quite reluctant to offer her the role because I wasn’t sure if something this heavy and incredibly difficult should be given to one so young — but she fought for the role. She called me after the audition, she insisted to her family that she take this role, that it was meant for her. I believed her too, so we worked together for a long time on the scenes in the film. Everything was done with complete honesty. We talked a lot about. She had a very strong relationship with her mother that helped her to understand how to be Mây and understand the transition from being a child.

Filmmaker: How is it for you as a female filmmaker? Do you think it’s harder for you to mount a production like this than it would be for your male peers?

Mayfair: I feel that it’s probably more difficult to be a woman anything, not just a woman filmmaker but across all industries. The crew in Vietnam, for example, was completely astounded that my cinematographer was a woman. It was also amazing because on the final month of this production, she was pregnant. So everything that we could embrace about womanhood happened throughout the making of this movie. It’s a learning experience for everyone who came in contact with it, male and female.

Filmmaker: After this, presumably future projects are going to look like a walk in the park. Have you thought about where you’re going next — are you still thinking big?

Mayfair: I love the theme of womanhood. I think I could spend my whole life on that, probably. I have written two scripts already. A period war script and a slightly more modern film. They are both set in Vietnam. One is set at the end of the Indochina occupation up to the Vietnamese American war, that 20 or 30-year period and one is set in 1990s Saigon, where I grew up. The war film is an epic romance, a love story between a French girl and a Vietnamese boy who grew up together as children and became separated, who are reunited when the war is at breaking point. The second one is very personal even though it may seem a little bit distant. It’s a love story between a boxer and his transgender girlfriend. It’s about becoming a woman. I also wanted to write about young love and the devastating power of it.

The Third Wife is in limited release in the US from May 15 via Film Movement. In New York it’s playing at the Film Forum.