On Making a Proof-of-Concept Short and Getting Representation 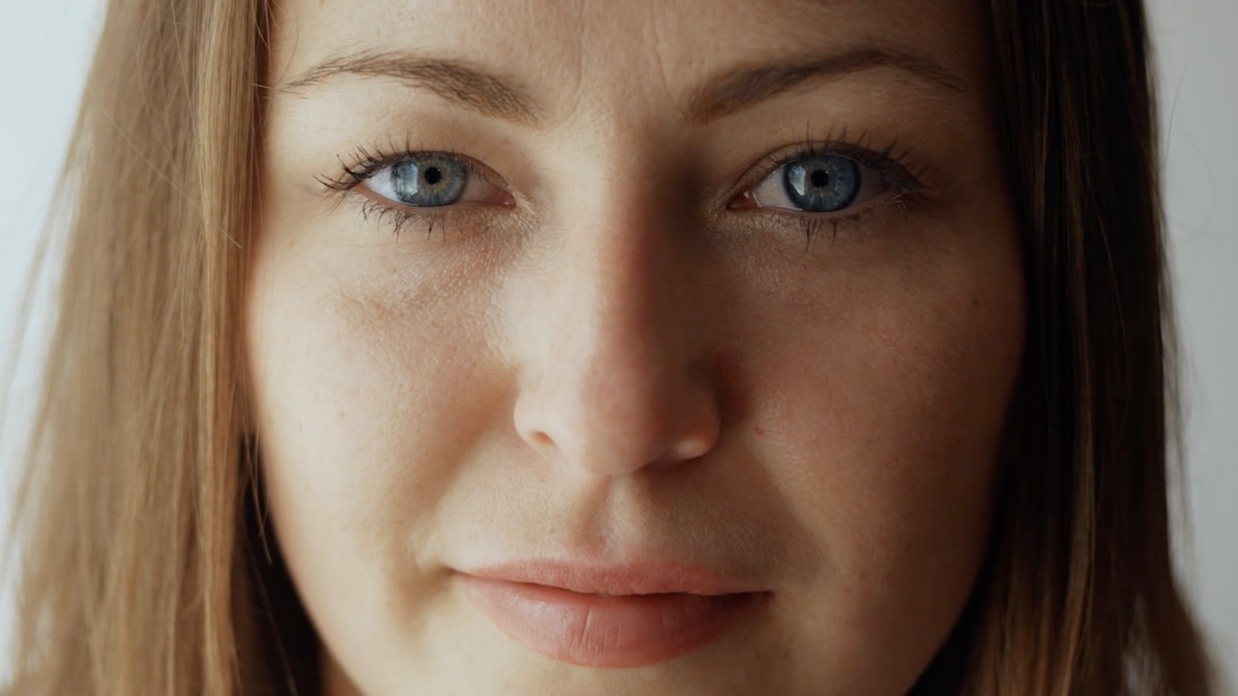 by Matt Szymanowski
in Distribution, Filmmaking, Financing
on Sep 30, 2019

The following article, filmmaker and author Matt Szymanowski points out,  is not strictly an article about making a proof-of-concept short or getting representation. He says that if you only want to know about those subjects you can read these informative articles here and here, and here, and here. (There’s also an article on the subject here at Filmmaker.) Instead, Szymanowski, who has covered his filmmaking process several times in these pages, has written an article about how he made his own proof-of-concept short, how it helped him land legal representation, and how it has led to conversations with literary managers and agents. There’s also a cameo with 13 Israeli exchange students. — Editor

You’re making your biggest feature film yet. You pitched the idea to your producer Andre, and you created a visual moodboard and treatment that sparked interest. Two years later the script is ready. ICM’s response after reading is good. They put a list together of proposed actors, which Andre forwards you. Without your own rep at ICM, you rely on updates from your producer, who is repped there. All the same, it’s music to your ears. A few conversations begin. Things are moving forward.

But the reality is you’re an unknown director. Few people have seen your first film, The Purple Onion — Andre caught wind of it by chance, and afterwards was compelled to help you make this next film. So while he’s working to secure actors and financing, you begin putting together the proof-of-concept short.

You also connect with experienced filmmakers who give you advice about navigating the industry. One of your old professors says your main goal now should be to get representation. You keep connecting with more industry people. Through a friend you get in touch with an established TV writer who’s surprised you’ve made it this far without reps. He says you need to be more of an asshole and make everyone think you already made it. By not signing you, they’re missing out. The more you present the image of having already made it, the more likely you are to get the attention of people who can help advance your career. “Fake it till you make it,” he says.

When you hear this, you cringe. You’re a filmmaker in L.A. but you’re not trying to become a total cliche. There’s already enough of that in this town, and you want to maintain a distance. The work should speak for itself. You can’t fake good storytelling. But you also know you have to play the game and get yourself out there.

You try to keep momentum going with development on your feature, Glorious Empire, and segue that into more interest in you and your work. You can’t get deeper in this whole feature-film game alone. There’s value in working with people who believe in your vision. You need champions and experienced people who recognize your talent. This is how you made your first feature with friends and colleagues. You repeat this approach on a smaller scale to make the proof of concept short. Your main goal is to convey the mood and tone of the upcoming film. You want viewers to feel something and get curious about these characters and this world.

Besides capturing the essence of your upcoming film, if done right, the proof-of-concept short should help: 1) secure the budget for the feature film; 2) attract strong supporting actors; and 3) get you representation. The proof-of-concept short is part of a bigger development package. You need something quick and with impact that’s easily digestible and shows your aesthetic as a filmmaker. You don’t expect anyone will watch your 75-minute first feature.

A few more managers are surprised that you made it this far without representation. Yet a few others reiterate that you focus on making your next film and forget about representation now. Offers should come after the movie premieres, they say. This seems counterintuitive for you. Many people stand to profit off your work. When looking at it this way you think about what your writer acquaintance meant. “Fake it till you make it” is not about faking anything, it’s about acknowledging your potential and abilities and backing it up with your work. Either way, it’s all relative. The power of suggestion goes a long way. It might be a coincidence that the email intro with an agent your friend makes where he writes “rep this talented kid before someone else does” leads to a meeting.

Making a proof-of-concept short was always a good idea, but maybe it’s not really necessary. The exact scene you’d make has been on your mind for a couple years as you were writing the script, but momentum on the project has been building without it. You have a script, a producer, and ICM is packaging. Things are where they should be. Making a proof-of-concept seems peripheral. And then you get a phone call that changes that.

As a filmmaker, one of your skills is making connections, not only in terms of building storyworlds, but also for your life. You connect the dots to get things done. Filmmaking in this way is very entrepreneurial. That’s how you made your first film. You create opportunities.

After your last Filmmaker article came out, a filmmaker friend calls to congratulate you on progress. He runs the San Francisco Film School where you used to teach, and he executive produced your first film.

He tells you about an exchange program he’s running with a film school in Israel. The program places foreign students in entry-level positions on productions in California. The question for you is if you know of any productions where 13 Israeli students could be placed in the next couple weeks.

You’ve been in L.A. three years by this point. Most of your time was spent producing and directing commercials. Nights and weekends you were writing your script. And in the last year you were producing full time in esports until just a month before.

You tell your buddy you’ll ask around. You make a few calls. Not surprisingly, you find out that no one can accommodate 13 students on such short notice. You realize it’s an unusual request that’s not easy to realize. 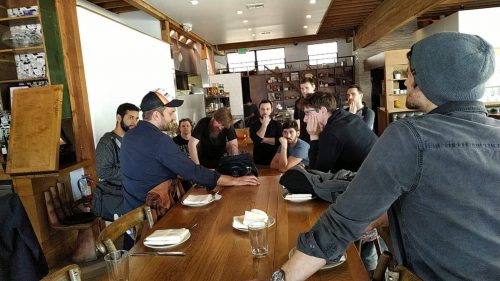 With no good news to report back you get an idea: You’ll create a production. You’ll take five or six of the students on a small two-day shoot. You’ll pull favors and try to get discounted rates. Not only will you create a hands-on learning environment but you’ll get the proof-of-concept short you’ve been thinking about, with mostly free labor.

Your buddy and the Israeli school agree to work with you so long as you take all 13 students. You agree. You start the process. An actor friend will gladly play the lead. A month earlier you met a memorable gal and her group of friends at your local bar. She’s an actress and a neighbor, and when you call out of the blue and pitch the concept, she agrees even before you can finish. To boot, she even saves the day at the last minute and brings her actor friend on when the guy in the third role suddenly gets sick. Your total cast and crew consists of three actors, DP, AC, gaffer, MUA, set designer, and you as producer and director, plus thirteen Israeli students.

You shoot two days with one pick-up shot in a total of four locations, including your neighborhood restaurant, your one bedroom apartment, a swimming pool you got on short notice, and the beach. The pace is fast. The conditions are crammed with so many people on set.

On the first day of shooting Andre, your producer, calls to say that the couple of actors reading via ICM loved your script and your first film. They want to Skype ASAP. You chat with them the next day before shooting begins. They’re as excited about the project as you are about them. That’s the kind of enthusiasm you want. Because of this the two shoot days are infused with more verve than usual. 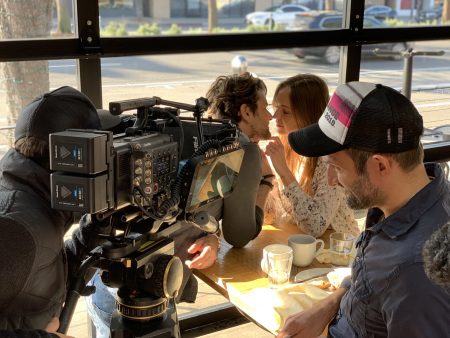 With a Little Help

You take on editing the nearly 25 shots. In general, if it’s a highly technical role, you get someone who specializes in that. Fortunately, you have friends who are masters at cinematography, color grading, and sound design, and they’re willing to help when you ask them. From start of pre-production to final export, six weeks goes by.

A few weeks later the announcement about the project is released in Deadline. You’re ecstatic about it. An acquaintance forwards the finished proof of concept and the article to his entertainment attorney friend. You set a meeting that goes great and from then on you have legal representation. A director acquaintance sends the same to his manager. Reactions are positive. Doors begin to open. More conversations begin.

With a few esteemed managers and agents reviewing your materials, you wait and wait. Some still suggest you complete your next film and get back to them later. But you’re more interested in the few who get excited about discovering you and your work right away. Remember, you need champions who recognize your talent.

At one point you were going to begin production on your feature in September. But then one of your leads is suddenly cast in Zack Snyder’s next film, a zombie flick with a budget just shy of $100 million. The bad news is that the shoot goes until the fall, meaning your shoot start gets delayed. The upside is that one of your leads is starring in a Zack Snyder film.

You’re before pre-production, you’ve got lead actors attached, you’ve got a proof-of-concept short, and a few meetings are scheduled with reps. The future is bright. But still, you can’t help but feel this restlessness coupled with anxiety: what if it all suddenly ends? The closer you get to making your next film, the closer it seems you get to the next level as a filmmaker, the less real it all feels. You’ve heard horror stories of movies falling apart just before production starts. Not until you’re on set or in active development on your next project, will you really believe it’s happening.

No matter the progress or good news, you try not to dwell on tomorrow, and instead try to focus on the present moment. With or without representation, you just need to stay busy and continue creating. New connections, introductions, conversations, ideas, any sort of content. You begin preparing your next short, something simple you have full control of — one day shoot at one location with two actors. When you put forth intention and focus a strange thing happens. A ripple effect begins. That’s progress. And that’s all you can do.

Matt Szymanowski is a writer/director in development on his second feature film Glorious Empire. His debut The Purple Onion is distributed by Cinemation and is available on most streaming platforms, including Amazon Prime Video.