“It’s Like the Secret Bar or Restaurant in NYC That You’re So Privileged to Discover First….”: Beth Aala on Made in Boise 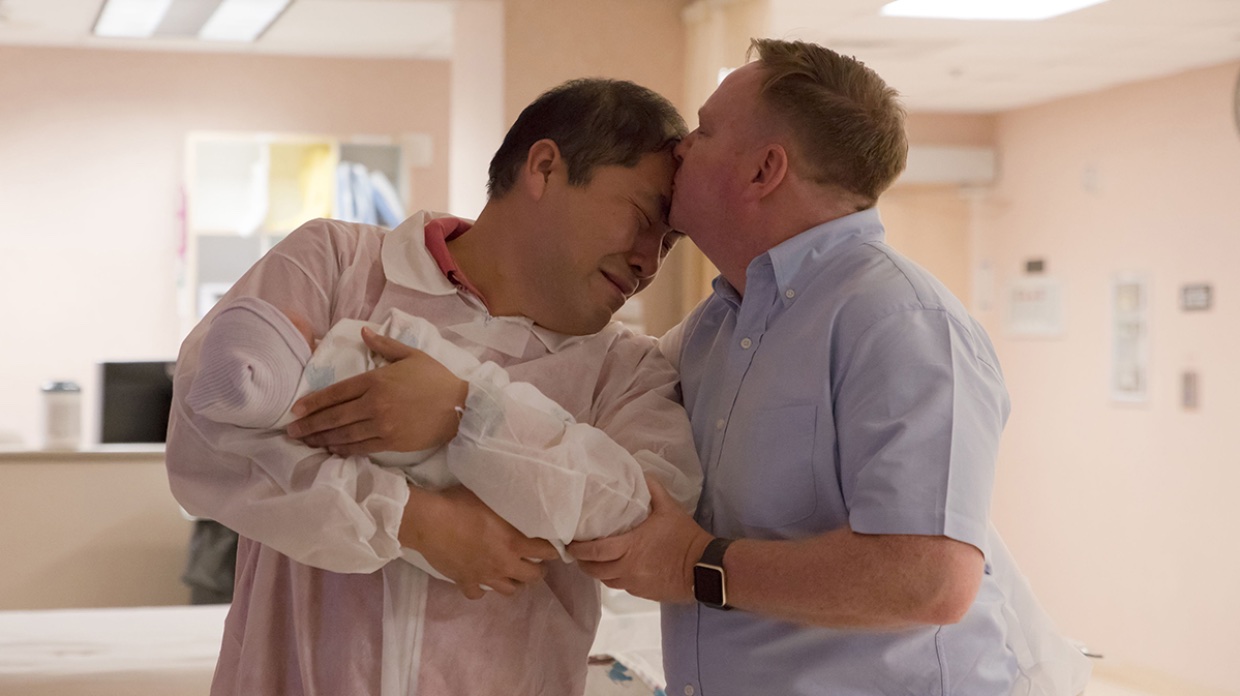 by Lauren Wissot
in Directors, Interviews
on Oct 28, 2019

When one thinks of Idaho, potatoes — not pregnancy — immediately comes to mind. Made in Boise, however, the latest from award-winning filmmaker Beth Aala, will forever change how one views this rugged northwestern locale. Following four gestational surrogates, all devoted mothers with children of their own, who carry babies for women and men (often gay singles and couples) both nationwide and around the world, the doc is an eye-opening look at how this red state-based “unofficial surrogacy capital” of the US is redefining family in surprisingly progressive ways.

Filmmaker caught up with Aala (Rancher, Farmer, Fisherman, Supermensch: The Legend of Shep Gordon) a few weeks prior to her film’s opening the new season of PBS’s Independent Lens today, October 28th.

Filmmaker: This is certainly an unusual subject for a film. So why do a doc about gestational surrogacy?

Aala: I wasn’t seeking to do a surrogacy film. I knew nothing about it. Then one night I was having dinner with my best friend, and she asked me to carry her baby for her. I had just had my second child and did not want to be pregnant again. But my friend had experienced many failed rounds of IVF, such painful miscarriages, and had been trying to get pregnant for years.

I said yes, not really knowing what it entailed. She shared that it was illegal to pay someone to be a surrogate in New York, so she offered to cover medical expenses, clothes, anything I needed. “It’s so easy for you to get pregnant,” she said. It was true. I got pregnant with my second child unexpectedly, and despite the fact I was eager to go back to work at HBO. Thankfully, my best friend got pregnant on her own after giving her body a break, so I didn’t have to carry for her after all. But it gave me a very sympathetic lens when I did learn about the Boise story months later.

It so happened that another dear friend, Missy, was visiting me in New York. She was a labor and delivery nurse at St. Luke’s — the local hospital in Boise, Idaho. She was so boastful about how great the hospital was and said very casually that one of her nurse colleagues was a surrogate at the moment. I stopped her, a bit perplexed, and she simply said, “Oh, everyone at St. Luke’s is doing it.” I soon learned there was this whole surrogacy community in Boise, Idaho. That was when the filmmaking process started. I knew I had to tell this story.

Filmmaker: How did you choose which characters to follow?

Aala: When I first flew to Boise to meet with St. Luke’s to see if they would give me access to film (they generously said yes within the hour), they suggested that I meet Nicole Williamson. Nicole used to work at the hospital and now runs the largest surrogacy agency in Boise. I had brought along a camera for that first trip just in case, and as soon as I met Nicole I knew right away she was going to be one of my subjects. She was so open and comfortable, and I had a sense she was a strong woman, which I liked.

Even though I like to hang out with my subjects before I start filming, my instincts told me to turn the camera on, and she was totally game. Nicole was 12 weeks pregnant at the time with her fourth surrogacy. So that first day in Boise filming actually became one of the early scenes of the film in which Nicole and her colleague Mattie are trying to match up intended parents with surrogates. I got a real sense of how her office worked, how they functioned as matchmakers between intended parents and the surrogates they worked with. In fact, Nicole was the connector to the other three women I follow in the film.

She introduced me to the surrogates Cindy, Chelsea and Sammie. They all work with her agency. I knew I wanted a surrogate that worked at St. Luke’s because that was meaningful to me — to see a working professional, particularly a nurse, who was moved to carry for someone else because of her experience at the hospital. That’s how I met Cindy, through Nicole. Chelsea I also met on my first trip out, though she was not matched yet and I really didn’t start filming with her until later. Sammie I found last with the help of Nicole and Mattie (the agency’s surrogate coordinator at the time). Sammie was much younger than the other women I had been following. She had an innocence and honesty about her that I loved. And she made me laugh. Also, she was the only one that wasn’t white.

I think it’s important for people to see someone who looks like themselves when they’re watching movies so that they can connect with them. And yes, I was in Boise, where it’s primarily white — but it isn’t entirely white. So diversity was important to me, and I was so happy when I met Sammie. And through these four women I really tried to put together an ensemble, to showcase varying stages of their pregnancies so that each brought something unique to the film.

Filmmaker: Though most surrogacies go off without a hitch, there are still a number of risks involved, from complications during pregnancy to intended parents even requesting that the surrogate terminate her pregnancy. Overall the film is quite uplifting, but did you also prepare for the possibility that it could have turned out much darker?

Aala: When you make verité films, you don’t know how things will go all the time. That’s both the challenge and the excitement in making verité docs. I was worried in particular with Chelsea emotionally, and Cindy physically, but my job was to follow what was happening. So when Cindy had her scare we were all very worried. And with a friend or close one, and in this case my subject, you just hope everything turns out okay. I was very privileged in regards to how these women really let me in during these hard times, and shared their experiences so honestly. I shed many tears while shooting this film!

Filmmaker: The women you follow are all in Boise, Idaho where surrogacy is legal, which is not the case in many countries and US states. Did you ever consider delving into the illegal side of things?

Aala: Surrogacy is actually not legal in Idaho. There is no law. What I found striking are the women in Boise who are working towards protecting parents and surrogates alike. The legal team uses case law to set up contracts for each party. There’s a family judge who has been designated to all of the surrogacy cases and she, along with attorney Monica Cockerille and paralegal Sara Edmunds, have been instrumental in getting these cases through without a hitch.

On the medical and psychological side there is a pretty heavy vetting process that happens in order to become a surrogate. And of course you have St. Luke’s Boise Medical Center, which created this incredible program — the largest and best of its kind in the US. So you have a whole group of women that make a pretty dynamic team. The illegal side of things did not exist in Boise, so for me it was an opportunity to show this unique community of women and to tell a surrogacy story that most don’t ever hear about.

Filmmaker: Since you’re a multi-award-winning film director and producer with quite a wide-ranging resume I’m curious to know what you look for when deciding to take on a project. The last two feature docs you (co)directed before Made in Boise were 2017’s Rancher, Farmer, Fisherman and 2013’s Supermensch: The Legend of Shep Gordon — so it’s obviously not a specific topic that you’re drawn to.

Aala: I am drawn to stories or people that are under the radar. It’s like the secret bar or restaurant in NYC that you’re so privileged to discover first — for me, this Boise surrogacy community was like that. It was so surprising to me on many levels. Who knew that surrogacy was a thing there, that it’s this wonderfully progressive place serving unique families that don’t really reflect their own community? I love that. People constantly surprise me. Not to my knowledge has anyone done a film from the perspective of the surrogate, and I wanted to explore why these women chose to do to it. I never thought I personally would ever consider carrying for someone else. Until I was asked. And that experience for me was important to tell through these four women.