“It Was a Story that Played Out Almost as a Psychological Thriller and Yet it was True”: Ed Perkins on Tell Me Who I Am 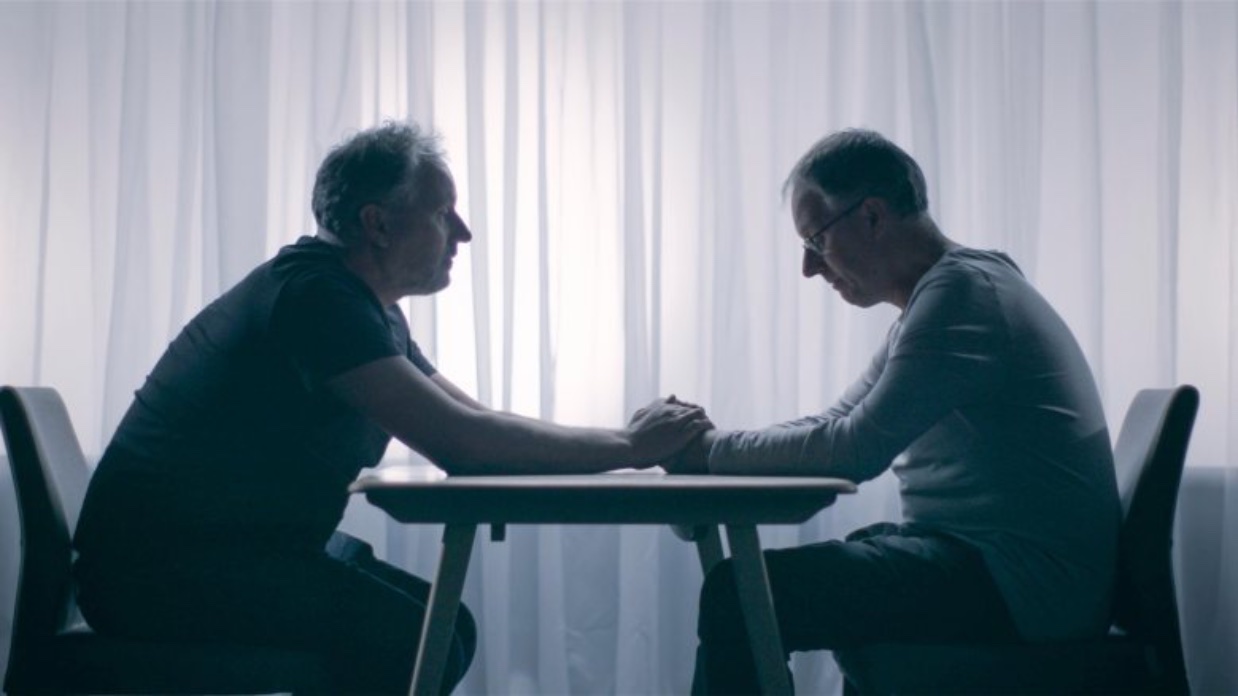 Tell Me Who I Am (photo: Netflix)

by Lauren Wissot
in Directors, Interviews
on Oct 20, 2019

Documentary, Ed Perkins, Netflix, Tell Me Who I Am, Telluride

Tell Me Who I Am, the Telluride-premiering feature from Academy Award-nominated (for Best Documentary Short Subject) director Ed Perkins, digs into the stranger-than-fiction saga of Alex Lewis, one half of an identical set of twins, who at the age of 18 lost his memory in a motorcycle accident. Upon awakening from a coma the only person Alex was able to recognize was his brother Marcus — the mirror image he would come to rely on to relearn pretty much everything, from the mundane (down to brushing his teeth) to his very sense of self.

In turn, Marcus devotes himself wholeheartedly to the project of healing his sibling both physically and mentally. So much so that he makes the fateful decision to implant a false family narrative into his brother’s brain in an effort to shield him from a much darker truth. One in which Marcus himself, through Alex, is able to, if not completely erase from his own mind, suppress enough to go on to live his own satisfying life.

Unfortunately, as we all know, the road to hell is paved with good intentions. And to learn all about bringing this thorny story to the screen Filmmaker caught up with the British documentarian just prior to the film’s Netflix premiere earlier this month.

Filmmaker: Did you have any reservations about transforming Alex Lewis’s book of the same name into a documentary? Honestly, this story doesn’t immediately strike me as one that would have cinematic material.

Perkins: I first heard about this extraordinary story about five years ago, and I was immediately intrigued by the themes offered up — brotherhood, love, forgiveness, the blurring of fact and fiction. And ultimately, I think, the things we do in order to survive. It was a story that played out almost as a psychological thriller and yet it was true. It really was one of those “stranger than fiction” tales. I immediately felt that it not only had inherent dramatic power but also cinematic potential.

The film opens with an 18-year-old boy, Alex, waking up in a hospital bed after a motorcycle accident with absolutely no idea where he is or what has happened to him. He didn’t even know his own name. Total memory loss apart from one single fact. He knew that the boy sitting next to his bed was his identical twin, Marcus. And so Alex turns to his brother and asks him to give him back his life and, in essence, tell him who he is. Just this opening scenario posed, to me at least, such fascinating questions about the nature of memory and identity. Who are we without our memories? How does it feel to have lost everything? And those big philosophical questions also offer up exciting cinematic opportunities. How can we use visuals, sound design and music to take audiences into Alex’s experience? This felt like a rich and exciting opportunity.

When approaching making this film I did, of course, have all the normal reservations any director would have when taking on a story that deals with extremely sensitive and often painful issues. One of the things I did to prepare was to spend time with trained therapists. It was an invaluable experience, and gave me a deeper understanding of how best to navigate Alex and Marcus through the process safely and responsibly.

Filmmaker: Your film reminded me of the films of James Marsh, and then I read your bio and learned that you’d actually worked on Marsh’s Project Nim, not to mention share Simon and Jonathan Chinn as producers. Were Marsh’s films an influence, or was he involved in the production in some way?

Perkins: James Marsh and Simon Chinn’s films have had an enormous influence on me over the years, both in their aesthetic approach and their storytelling sensibility. Their documentary Man On Wire was the first documentary I saw that really made me “feel” in the way that the very best narrative films do. I had, first and foremost, an emotional reaction to the film. And I continue to strive to make films that try to do the same.

Filmmaker: I’m also quite curious about the production process. The film is so “staged” that I initially assumed you’d even hired actors to play today’s Alex and Marcus. Was your approach akin to that of a narrative film shoot?

Perkins: My personal belief is that all documentaries of this kind are, to a lesser or greater degree, constructs. As filmmakers we make endless decisions about how to shape and tell a story, about what to put in and what to leave out, about music and color and pacing and tone. And we make those decisions in good faith.

In this film I wanted to be explicitly transparent about the construct — the artifice. We built a studio space for the purpose of having these complex, painful, illuminating conversations. I felt it was right to show audiences that artifice right from the outset. I wanted to show that Alex and Marcus were walking into a custom-built space with film lights and cameras and microphones. And yet within that space they had full agency. We gave them the space and the time to tell their own story in their own words at their own pace.

In my experience, for a film like this you might normally expect to have a day, perhaps two, to conduct interviews with each person. On this film it was radically different. We sat and spoke for six, seven, eight days. And so we were able to explore ideas and emotions with a level of detail that is not often possible. We were able to give Alex and Marcus the time and space to feel relaxed in front of the camera, so that the experience for them became something more like a conversation with a friend rather than a formal interview. I think that shows onscreen. What the twins have done is astonishingly brave, and it has been a genuine privilege to be involved in bringing their testimony to the screen.

Filmmaker: Your short Black Sheep was nominated for an Oscar last year, and Tell Me Who I Am is your second feature. So what are the challenges in transitioning from short form to feature-length work?

Perkins: I really enjoy the challenge of moving between long form and short form. I believe that there are skills and sensibilities that can be learnt from making shorts that can be helpful when applied to a feature-length project. We want to try.

In my experience it is, however, exponentially more difficult to make a feature-length film than a short, especially when it comes to the edit. This story in particular is extremely complex. Finding a way to structure the film in a way that was accessible and allowed the key ideas and themes to come through, and yet still embraced the nuance and ambiguity that the story offers up, was a real challenge.

Filmmaker: Considering the doc’s delicate subject matter I’m also wondering if the twins put any restrictions on the shoot. One of the biggest moments in the film actually occurs “offscreen,” so to speak, with Alex watching Marcus reveal specific things via a laptop and headphones that we the viewer are never privy to.

Perkins: Alex and Marcus were extraordinarily open and trusting throughout the entire filmmaking process, and never placed any restrictions on the shoot. It wasn’t until over three years after I first met Alex and Marcus that we first took a camera out. That allowed us to really get to know one another and to build a genuine relationship of trust.

For me, documentary filmmaking is an exercise in empathy and trust. And whatever the reaction to this film, the most important thing for me is that I can look Alex and Marcus in the eye and say that I kept my initial promise to them, which was to tell their story with the sensitivity it deserved. Alex and Marcus are remarkable people. Their bravery, resilience and optimism has had a profound impact on all those privileged enough to have been involved in helping to make this film.