“I Much Prefer a Camera That Sees Than One That Is Constantly Seen”: DP Nicolás Wong Díaz on La Llorona 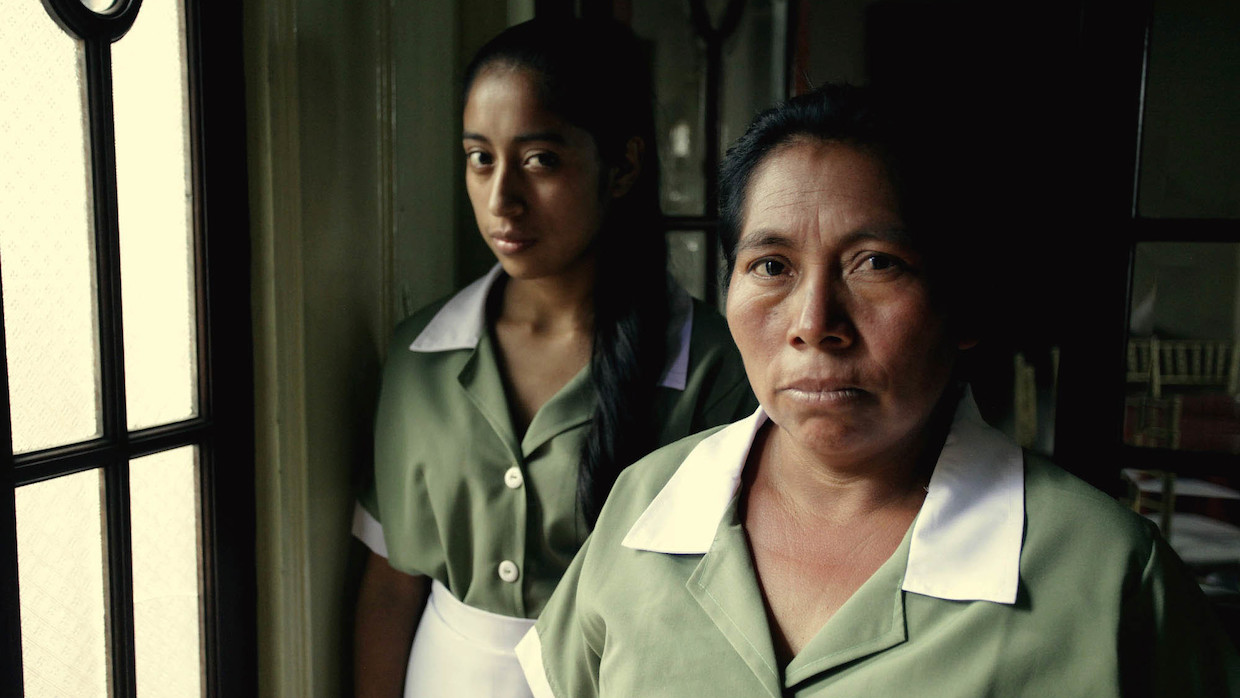 In the widely popular Latin American folk tale of La Llorona (The Weeping Woman), a mother is cursed to tread the banks of a river for eternity after she drowns her three children in the hopes of making her a more worthy bride to a rich man. The condemnation of greed and loss of innocent life receives an apt adaptation in Jayro Bustamante’s La Llorona, which focuses on the devastating history of indigenous Mayan genocide in Guatemala. When a senile general is set to be tried for his war crimes against the indigenous population, a crowd of angry townspeople gather outside of his opulent estate in order to seek justice. The tumultuous situation leaves the general’s family, trapped inside of their estate, gripped with fear—until a new housemaid shows up, who just might up the ante. DP Nicolás Wong Díaz explains the navigation of genre tropes and stylistic sensibilities while shooting La Llorona.

Wong Díaz: I believe Jayro, the director, had already seen some of the films I shot in the last 10 years in Central America and Mexico. It’s hard to say what made him choose me, because La Llorona is so different in style to the work I did before. In our initial conversations, I tried to go right into the story and motivations because that’s what always informs me the most when deciding to collaborate or not, much more so than the actual photographic aspect of it. Perhaps he liked that.

Wong Díaz: La Llorona carries a historical context and a set of themes that required a respectful eye. We tried to imprint a subtle layer of terror to a story that is partly a reinterpreted folk myth, and part family and social drama. I suppose that was the hardest part, respecting each and every layer to the story that the script demanded. I wanted the cinematography to feel seamless and invisible in its portrayal of a family and country in disarray. I truly believe in not drawing any more attention than what is required by the story and characters. I much prefer a camera that sees than one that is constantly seen itself.

Wong Díaz: The Omen (1976) was a big reference to get the ball going in our pre-production work, and also in finding our own particular dogmas for the way we wanted to narrate this film visually. Also, photographer Gregory Crewdson was a big influence not so much on how we wanted it to look like, but on how the images should make me feel.

Wong Díaz: I think the biggest challenge was shooting eighty percent of the film inside a house that was slightly smaller than we would have liked. It took some creative workarounds to bring the house to the size and level of opulence that was required by the story, while at the same time, making each scene explore repeating spaces in a wholly different way. The house, like the characters, is also decomposing and closing in on General Monteverde, so it was important that see those spaces in a different way as the story progressed.

Wong Díaz: We shot on the ARRI Alexa Mini in Open Gate 3.4k ARRIRAW. I like to shoot with the Alexa because it is a reliable no-nonsense camera system that renders beautiful colors and latitude. Jayro told me that he envisioned the film in an anamorphic aspect ratio, and I suggested the Cineovision Anamorphics. In retrospect they were difficult lenses to shoot with, but the distorted, dreamy and olden textures they provided were spot on for what we wanted to do.

Wong Díaz: I don’t like to use too many lights, to be honest. Understandably, with the amount of night scenes and the very specific atmosphere we were after, I had to. I tried to keep sources motivated naturally but also bold enough to bring about an atmosphere of dread and looming terror. It’s quite easy to fall into cliches when you’re flirting with genre aesthetics, so I tried to keep it as simple as I could.

Wong Díaz: My gaffer Loco González and I were having a bit of trouble figuring out how to light the location for the trial. It was a very big space with high ceilings, and also the scene called for it to be filled with extras. We did not have enough time or lights to light the whole space the way we envisioned it. But there was always something nightmarish about the trial scene to me, like it happened in a dark non-space, a dark theatre play of sorts. So we ended up lighting only the center of the room, letting the light fall off naturally to black to the point where you can’t see where the audience or the room ends. Another case of letting limitations actually help your storytelling!

Filmmaker: What post-production tools and software did you use for the film?

Wong Díaz: We graded the film in Mexico with Tony Orozco and we used Scratch.

Wong Díaz: We created a LUT that we used on set and for dailies that approached the light, color, contrast and saturation levels that we were after. We did try to get as much as we could in camera, including using haze, smoke, split-field diopters, old zoom lenses and fire. Some visual effects were added here and there. We did add a final layer of film grain to tie it all up together. I thought that a certain level of grit and dirt would be great over a rather tidy visual narrative.