“The Human Spirit Will Decide Where People Want to Live”: Editors Miki Milmore and Gladys Mae Murphy on Rebuilding Paradise 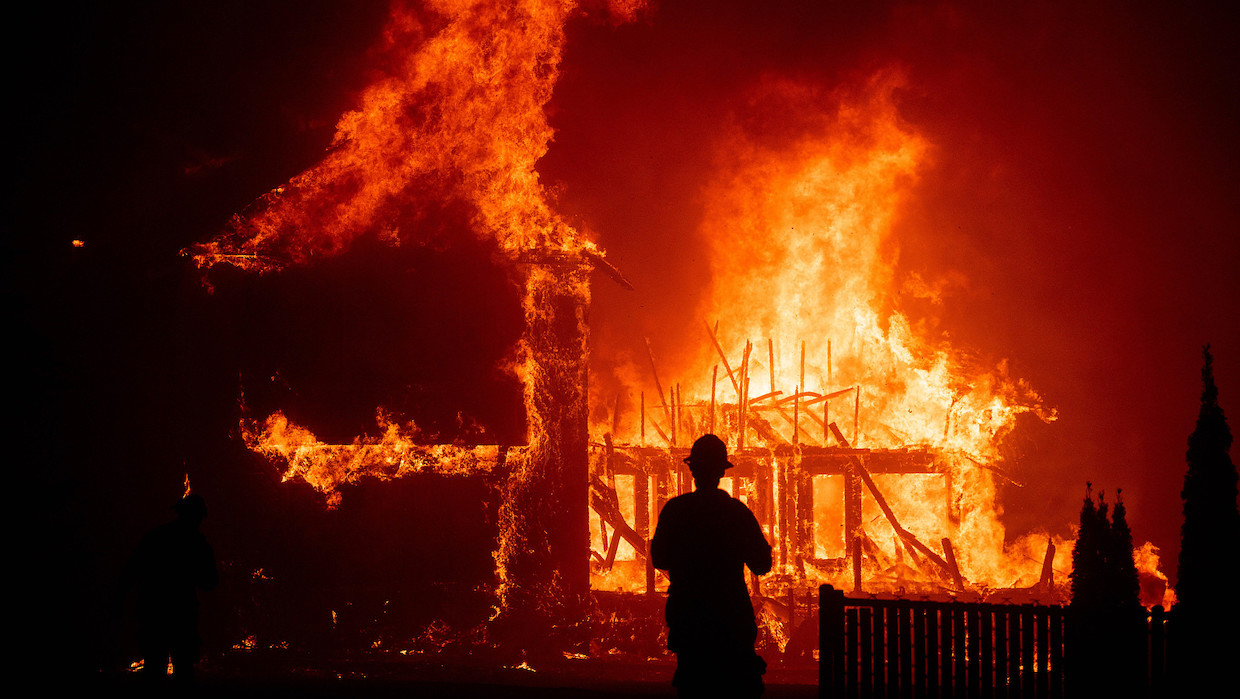 On November 8, 2018, 85 lives were lost and thousands of citizens were displaced during the most destructive wildfire in California’s history in the town of Paradise. Filmmaker Ron Howard chronicles the epidemic of displacement that occurred after the destructive fire, points to the cataclysmic effects of climate change that led to its inception, and eventually follows the remaining residents of Paradise as they seek to rebuild their town. Editors Miki Milmore and Gladys Mae Murphy speak to their experiences working on the verité documentary Rebuilding Paradise.

Milmore: This may be best answered by the producers who hired me, but I got a call from Xan Parker, a producer on Rebuilding Paradise whom I had worked with on The Hill directed by Ivy Meeropol. I had also previously worked with Justin Wilkes at @Radical Media and Sara Bernstein at HBO, who are also producers on the film. This was Ron’s first documentary with verité, so I think they were seeking an editor experienced in verité.

Murphy: I’ve worked a lot with the producer Sara Bernstein in the past where I’ve edited emotional, archival-heavy sequences and she thought I’d be a good fit for building the day of the fire. Once I finished the opening scene, I worked well with Miki and was asked to stay on for the rest of the film.

Milmore: They filmed off and on for an entire year, following many characters and story lines. My goals were to weed out unnecessary characters and information, and to have all the scenes needed to show the story arc of the film. I did my best to preserve as many verité scenes as possible, as I feel it is more powerful to learn from watching rather than the information being told to the audience. As the structure was basically the timeline of one year—November 8, 2018—the filming did not stop until then, so we were still editing in December and finishing in January for Sundance. It was challenging but rewarding!

Murphy: Our earliest assembly was more of a character study—once it was laid out, it was easy to spot who had the strongest threads that we can follow in terms of the regrowth of Paradise. What was missing from this assembly was an understanding of the geography of Paradise, which is a town built between two canyons with a few roads leading in and out of it. Seeing Paradise from above gave context as to why anyone would want to rebuild there (it’s beautiful and scenic!) and also provided an overview of the town’s landscape, including trees, property lines and roads—basically a geographical sense of how the fire spread so rampantly and why evacuation became traumatic and even deadly. My favorite drone shot in the entire film was one Miki suggested I use as the first shot of the open—it was of a single highway on the ridge called Skyway which served as one of the few lifelines out of Paradise for its 26,500 residents.

Milmore: Everyone on the team worked as hard and fast as possible, and we also hired additional editors to help.

Milmore: Before arriving in New York City, I had only directed and edited music videos, but I was fortunate to start as an apprentice editor at Maysles Films where I learned the craft of editing verité with such filmmakers as Susan Froemke, Debra Dickson, Henry Corra, Al Maysles, Charlotte Zwerin and others. Moving from apprentice, to assistant, and then to editor through the network of Maysles alums, I also began working with Joe Berlinger and Bruce Sinofsky on such films as Paradise Lost: the Child Murders at Robinhood Hills, Paradise Lost: Revelations, and Metallica: Some Kind of Monster. Verité storytelling is a big part of my background, but I have also worked on films and many series which are more interview based with verité, archives, recreations or abstract visuals.

Murphy: After college, I worked as a bookkeeper by day and a digitizer by night. I was lucky enough to work with Geof Bartz, and together we worked on many films from verité to interview-driven documentaries to even stand-up comedy. Working on a wide range of films helped me understand that story in the footage dictates the style of editing, not the editor.

Murphy: We used an Avid—we needed a very stable system to be able to handle the amount of footage between two editors.

Milmore: Ron wanted the fire in Paradise to be connected to the prevalence of other natural disasters in the world, and it was challenging to include this scene in the body of the film. We came up with a solution by adding a coda starting with students in Paradise raising money for a tornado in Alabama into a montage of many disasters, leaving you with the thoughts of what people go through all around the world because of climate change.

Murphy: The day of the fire, which is our opening scene, was the most difficult scene to edit. Pulling from various news sources, police body-cams and personal cell phone footage, I was tasked with recreating the events as they unfolded on November 8, 2018 in Paradise, California. Ron always talked about this scene as being something from a horror film, so instead of making an informative sequence telling the viewer what happened step by step, I relied mostly on cell phone footage to help build an emotional ride as if we were experiencing the day as it happened. Recreating the early morning hours was a bit of a struggle because there was a lack of footage of Paradise before the fire, and I was limited to local news sources. To keep it as intimate and personal as possible, I used news bites—only when necessary to relay important information—as if they were being played on the radio, which eventually became a device that was used throughout the film.

Milmore: Before I started working on this film, I had no idea that wildfires are directly connected to climate change nor did I imagine so many people could experience PTSD from traumatic events like the fire in Paradise. I’ve learned that the process of rebuilding a decimated town is incredibly difficult and that the human spirit will decide where people want to live, where they feel they belong, even if this tragedy can happen again.