“…We Wanted Our Cameras to Listen and Play Witness”: Emily Taguchi and Jake Lefferman on After Parkland 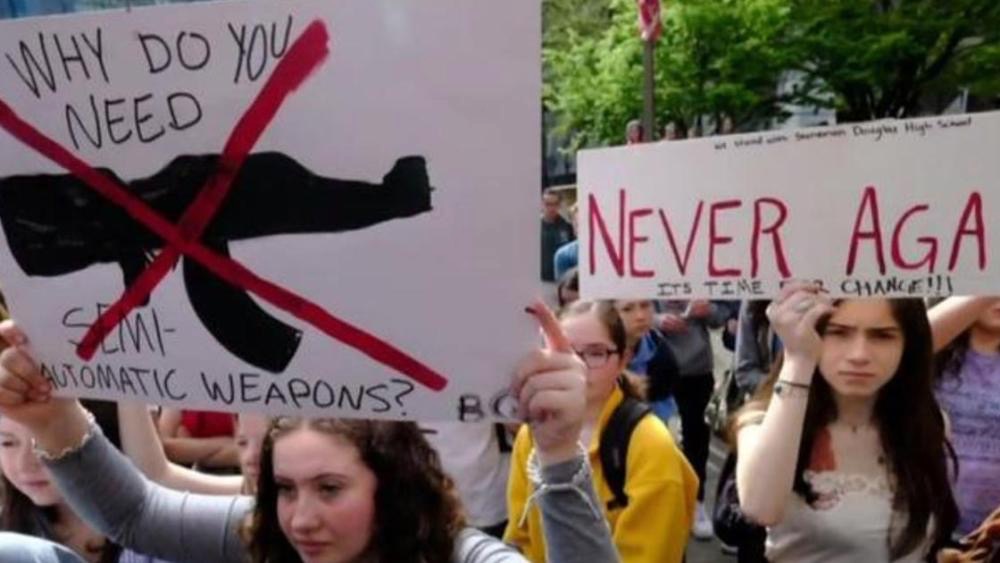 by Lauren Wissot
in Directors, Interviews
on Feb 11, 2020

On Valentine’s Day 2018 the community of Parkland, Florida was irrevocably transported into the headlines. That was the day when a 19-year old gunman walked into the Marjory Stoneman Douglas High School and took the lives of 17 of its students. In the aftermath of the horrific event news crews descended as grieving parents and children struggled to find footing in a new reality. And while a great many reporters packed up once the soundbites ran out, veteran journalists Emily Taguchi and Jake Lefferman stayed behind — and got to truly know the fathers and mothers and siblings, the significant others and best friends, and the survivors who lived to bear witness to a nightmare they still struggle to awake from.

Filmmaker caught up with Taguchi and Lefferman to discuss transforming these relationships delicately built into their feature documentary After Parkland, a tapestry of candid interviews and fly-on-the-wall footage (as well as harrowing cellphone video and frenzied media coverage) that gives us a genuine glimpse into life, as the title suggests, on the other side of a tragedy.

After Parkland launches nationwide with a series of “Day of Conversation” screenings on February 12th. (The film’s theatrical distributor Kino Lorber is partnering with Demand Film to allow communities to request screenings, and with Picture Motion, which does advocacy and marketing for social issues films.) The doc begins streaming on Hulu on February 19th.

Filmmaker: You’re both veteran journalists with longtime ties to ABC. So did ABC Documentaries launch this project? Did you bring it to them?

Taguchi and Lefferman: We are producers with Nightline and initially traveled to Parkland on assignment as the tragedy unfolded. Almost immediately we sensed that something was different. There was a real refusal on the part of the students and families to let their stories fade and an insistence on continuing to retell their experiences so that no other community would have to go through the same horror.

They continued giving us a reason to return time and again, and in doing so we were able to build trust with the community. By the spring, we — with the film’s producers Jeanmarie Condon and Steven Baker — believed there was a feature-length film that needed to be made.

Filmmaker: Since this story obviously had no shortage of media coverage, what convinced you that a feature documentary was even necessary? And what made you believe you were the right filmmakers to take on the project?

Taguchi and Lefferman: As we developed relationships with the families, and the more times that we returned to Parkland, we began hearing about moments behind the headlines, like when Joaquin’s basketball team returned to court without him for the very first time since the shooting. In filming them we thought there was an opening to explore some of the deeper questions that gnawed at us: about the humanity behind a tragedy like this: the human experience of parents needing to find the strength to wake up the next day after losing their child in such a sudden and senseless way; the human experience of students returning to school after their classmates were murdered there; and the human experience of finding new meaning after their reality is transformed.

And at the same time, we sensed that the students and families trusted us with their stories and these very personal moments. For Brooke Harrison, who was in the first classroom that came under attack, her father told us fairly early in the process that we were getting her poison out with each visit. We were grateful for their trust and took the responsibility very seriously to tell their truth.

Filmmaker: Documenting such a high-profile tragedy undoubtedly must have been filled with emotional landmines. So how did you go about approaching, and then engaging with, those who lost loved ones at the school? How did you ultimately gain your characters’ trust?

Taguchi and Lefferman: There were many more students, teachers and parents we initially spoke to than the ones who chose to continue participating. It all depended on where people were in the process of dealing with their trauma and grief.

We knocked on doors gently, met with families first without cameras or any expectation to film, and [we] were very careful to respect any signs of hesitation or if they were having a difficult time. With the students we made sure that parents or other family members were present when we were there and tried to make it as clear as possible that we could stop at any time — that the control was in their hands.

Whether it was speaking with the students who went through the unimaginable experience of being targeted in their classrooms — or the parents who lost the most precious life they’ve known — we felt an overwhelming sense of empathy. Which we hope they sensed, and think leads to the relationships that allowed us to make this film — relationships that have continued to this day.

Filmmaker: There’s a very revealing scene in which you ask a father whose daughter died in the shooting about the Dick’s Sporting Goods ban on assault-style weapons, and he just refuses to go there. (Which makes sense — as even the hint of a suggestion that his pro gun rights belief system might be responsible for his own child’s death is just too much for him to contemplate.) Not only do you not push him, but I don’t think you even really bring up the gun debate with anyone else in the film. Which made me wonder if, looking back now, was there anything you would have done differently during production?

Taguchi and Lefferman: There are of course varying — and strongly held — opinions on what to do about guns and gun violence, both in the Parkland community and across the country. These opinions are reflected in the film through the participants’ beliefs.

We live at a time of deep chasms on social issues like gun violence, with staunch silos on both sides. So we made a decision that our film would focus on the humanity of this tragedy, the “after” like the title suggests, because gun violence affects families across the country regardless of where their beliefs fall on the political spectrum. The parents of Joaquin Oliver and the father of Meadow Pollack share this awful reality: the gutting experience of losing their child, which they will wake up to each day for the rest of their lives.

So rather than making a film that was overtly political in nature or with an advocacy perspective, we wanted our cameras to listen and play witness. And to do so through observational cinema as much as possible, during some of the darkest moments these families had ever experienced, as well as through their rise to challenge the country. Some of the most meaningful comments we’ve heard from audiences at film festivals around the country came from people with various political beliefs, who told us that if our film couldn’t spark a conversation then nothing could. We would be thrilled to see meaningful dialogue as an outcome of our film. Because the alternative — that shootings in schools, movie theaters, bars, supermarkets continue unabated — is unacceptable.