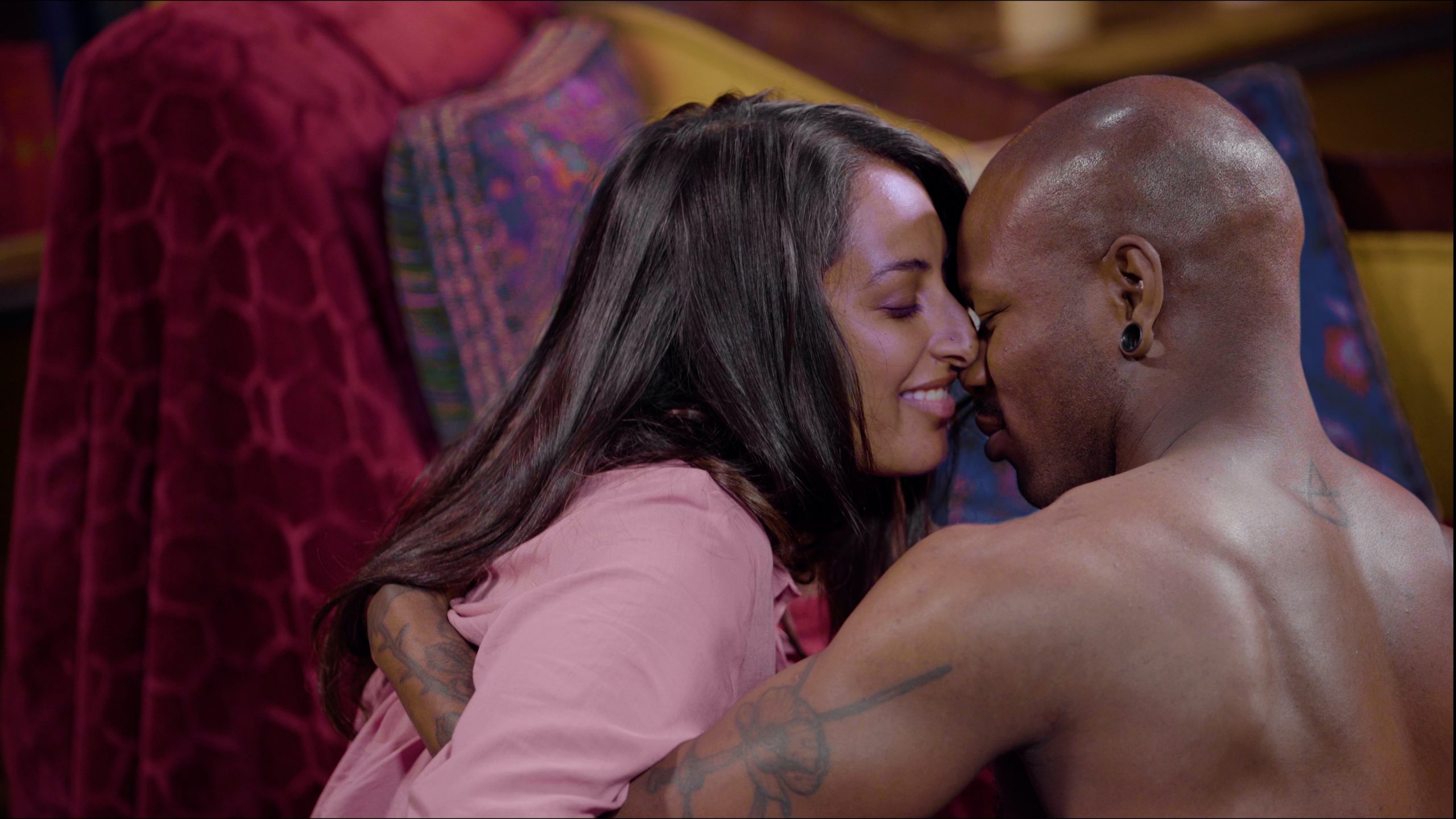 Taking place on Friday, February 28th in Amsterdam (or via a live stream near you), “Blue Artichoke Films Presents: Adventures In Intimacy” will be, according to the event’s press release, “a celebration of sex-positive, p*rn-positive, queer-friendly culture as explored by p*rn performers, scientists, and sex educators in their own work.” Organized by the feminist force behind Blue Artichoke Films (which will simultaneously celebrate its platform launch) Jennifer Lyon Bell, the evening’s quartet of speakers, including the host herself, are an international array of notable thinkers on the subject of erotica in cinema. The Netherlands Ellen Laan, a sexologist and “pleasure activist,” will be joined by performers Bishop Black (Berlin-based by way of the UK), and the US’s own high-profile Stoya.

Filmmaker: So Stoya, why carve time out of your busy schedule to travel all the way to Amsterdam and take part in this event?

I’d reached out to Jiz Lee about doing an ICON piece (for ZeroSpaces.com) on explicit sex film legend Candida Royalle; Jiz then forwarded me to Jennifer Lyon Bell, who I never would have had the confidence to reach out to on my own, and Jennifer wrote us an amazing piece. During the negotiation, Jennifer suggested that we do a trade where she gives us a discount rate in exchange for my Skyping in to the Adventures In Intimacy event. But since I was going to be in Europe just beforehand anyways, here we are.

I’m sure everyone is tired of hearing about how beautiful Amsterdam is, so instead I’ll talk about the organization of the Red Light District window workers, their occupations of their workspace in the face of window closures, and the Museum of Prostitution. The sex work and sex positivity in the air makes it a comfortable place to visit.

Filmmaker: And Jen, why host this event? It looks to be more than just a launch party.

Filmmaker: Stoya, could you give us the scoop on what exactly you’ll be speaking about, and/or what you’re looking forward to hearing from the other participants?

Filmmaker: The evening’s speakers include not only performers — Stoya as well as Bishop Black — but also Ellen Laan, who’s a sexologist. So Jen, how did you choose the participants? Do you feel a need for more dialogue between art and science in the erotica world?

Bell: Definitely. I think in many fields there’s a gap between academia and practice. When I did my masters in film theory, I was always attracted to cognitive film theory because it approached analyzing the creative medium of film with both philosophy and with science. That’s pretty rare in the film theory world.

I admire Stoya and Bishop tremendously as performers and creators, so I’m thrilled they could both come and share their work. Stoya’s book “Philosophy, Pussycats & Porn” is a revelation. Her honesty about relationships, daily life and sex work is both amusing and deeply poetic. She has a great way of capturing the depth of sexuality, and she is great with the written word. I’m an advice column addict, and I’ve really enjoyed her advice in Slate’s “How To Do It.” I think it’s worth talking about how porn/erotica can become a multidimensional medium via the kind of context that someone like Stoya is a natural at providing.

Bishop — what can I say? Not only is he the star of the highly entertaining adult sex-ed collective Sex School, which is my new obsession, but I love working with him. He recently starred in my virtual reality movie Second Date, and he was so great to work with — sexy, vulnerable, honest — that I simply had to bring him in again to star in my newest film with Kali Sudhra. He’s a performance artist and a dancer, and his queer attitude toward sexuality reflects how I also see the world. Sexuality is rich, complicated, and deeply creative.

Yet at every speaking event I’m overwhelmed by how many folks are so relieved to hear that these concepts are possible. I want to be an evangelist for sexual pleasure and sexual creativity. I think everyone needs to hear this. Blue Artichoke Films seems to attract a pretty wide range of viewers — all genders, all orientations, all ages — and I just want to keep getting the message out.

Filmmaker: Stoya, you’ve likewise been involved in the world of adult cinema for quite awhile, for over a decade, and according to Wikipedia, been exploring technology even longer, since you were a toddler! So do you have any final thoughts as to where tech will be taking erotica in the years to come?

Stoya: Ha. My learn-how-to-read program was only accessible through DOS. Technology was sort of just always around, which is normal for the younger millennials. I think we’ll see more tools for sharing intimacy — more teledildonics. I think we’ll see those tools used to bolster romantic/recreational connections, and to add layers to online sex work. I think we’ll see further blurring of the barriers between public and private. I hope someone will make a beautiful, sweeping VR narrative with sex in it. Mostly I want everyone to take a minute and realize how fantastically futuristic things already are. Any adult performer with a cell phone can make their own content and distribute it almost instantly. That’s a huge change from when I started performing. It really puts power into the hands of the workers.