“The Concept Stemmed from Loneliness…”: Writer, Director and Star James Sweeney on his Romantic Comedy, Straight Up 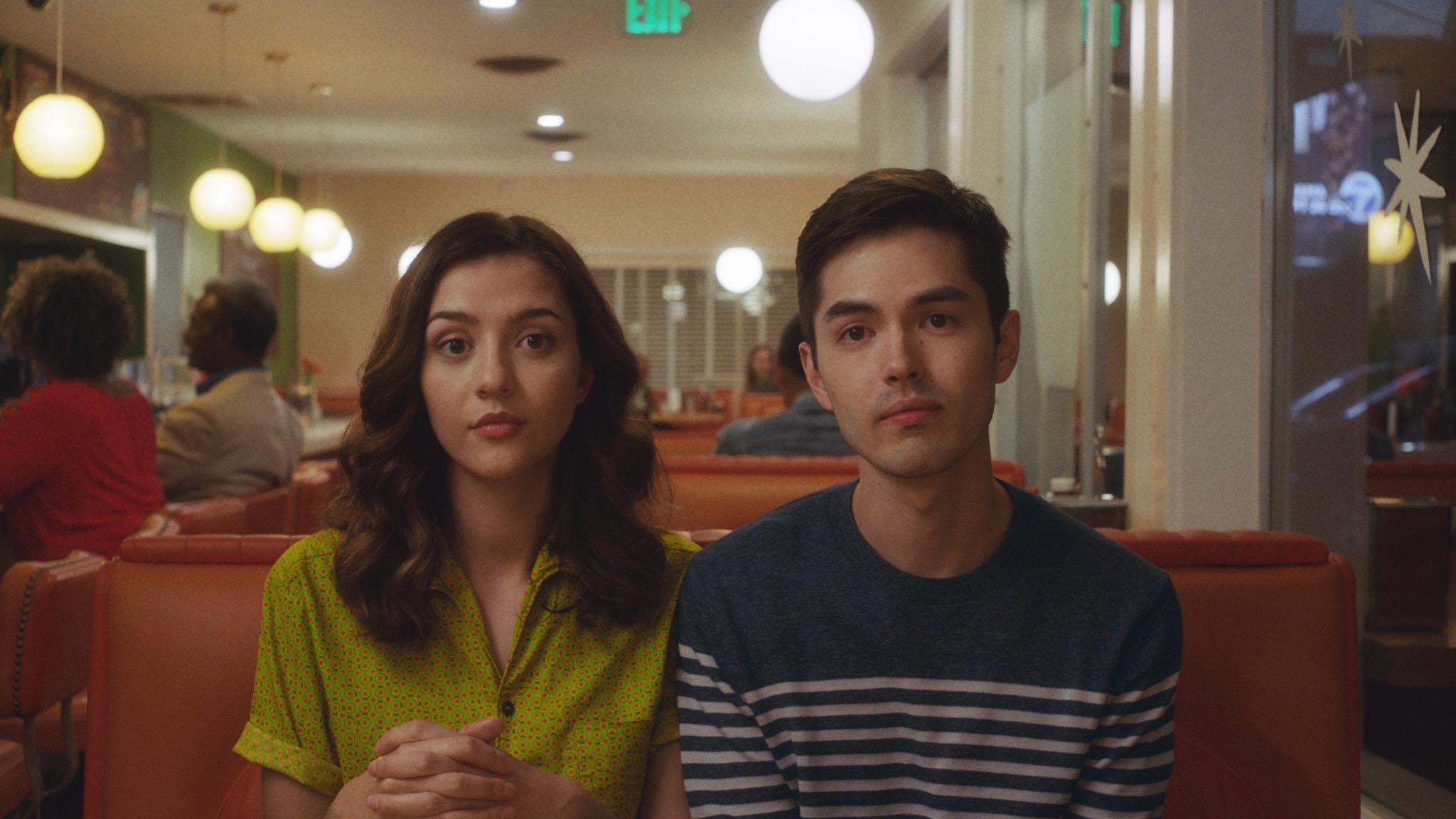 by Scott Macaulay
in Actors, Directors, Interviews, Screenwriters
on Feb 28, 2020

Harkening back to Golden Age romantic comedies while placing its young characters in of-the-moment relationship scenarios, Straight Up, the feature debut of director, writer and actor James Sweeney, opens in theaters today from Strand Releasing. Sweeney plays Todd, a gay man and software developer questioning his sexuality who falls romantically (and perhaps just platonically) with an aspiring actress played by Katie Findlay. Shot in eye-popping colors within a 4:3 frame, and with sharp dialogue delivered rat-a-tat-tat, Straight Up, which premiered at last year’s Frameline Film Festival, subverts the tensions traditionally found in romantic comedies in service to a more inclusive look at all of today’s romantic possibilities. I asked Sweeney five questions by email, getting into his own relationship to his character, the path this microbudget film took to production, and whether he considers Todd to be somewhere on the ace spectrum.

Filmmaker: You’ve starred in your short films and now are starring in your first dramatic feature. How much does the film’s lead character, Todd, which you play, reflect your own personality, and how much does he differ? What were the processes by which you both wrote yourself and directed yourself in terms of playing off your conception of who you are in the world?

Sweeney: I get accidentally called Todd sometimes but on a scale of 1 to 6 I think I’m a Todd 2. Maybe a 3. He’s a hyperbole of many specific thoughts and anxieties I have. I think I’m less incorrigible than Todd, but he’s also a better cook and keeps a tidy apartment — so it’s a trade-off. In terms of performance, Todd also possesses a guilelessness that I’ve lost in the seven years of pain trying to get this film produced. So there was an element of trying to retrograde myself emotionally as a self-director. I think it’s easier to act and direct if you’re just playing yourself, but with Todd, I really felt like I was slipping into a character — so if I caught myself saying a line too much like James, I’d ask for another take. The answer was always yes.

Filmmaker: Your dialogue is delivered off rapid-fire, kind of like Golden Age Hollywood romantic comedies. Tell us about adapting your actors to this style and the challenges, if any, of executing it.

Sweeney: The style was cemented in casting, so the challenge was a matter of finding actors who could inhabit the rhythm with minimal side-coaching. Katie and I naturally have similar cadence instincts so that made it easy for establishing the tone on set and we set the bar for fast-talking. Example: they knew what they were signing up for, but with Betsy Brandt and Randall Park, we eased them into the pace by shooting Todd and Rory’s coverage first. In a perfect world, I would have hosted dinner rehearsals where we screened Bringing Up Baby and Moonlighting, but we didn’t have time for that.

Filmmaker: Tell us how you landed on the film’s central concept — a gay man doubting his sexuality — and what does your film, a romantic comedy, have to say about a romantic landscape in which people now express their identity in so many different and graduated ways, such as gray, demi, etc.?

Sweeney: The concept stemmed from loneliness. As a gay man, yes, it gets better, but that doesn’t mean it gets great. Dating is hard. And queer folk have fewer potential soul mates. (I did the math.) Straight Up evolved from there. “OCD gay guy meets struggling actress” is the elevator pitch, but of course his sexuality is not that simple. I think some might take offense because I don’t explicitly label Todd as demiromantic or aesexual or anything by the film’s end, which I empathize with given the severe lack of ace representation, but as a filmmaker I was less interested in concretizing his sexual identity (because labels can fluctuate) than I was in exploring two very specific lonely souls who find intimacy and safety in each amid their respective journeys. People tend to focus on Todd because he’s flashier, but Rory is really the one who experiences the most growth in terms of her sexuality arc. Katie Findlay describes Straight Up as a love letter to the in-betweens, which is better than anything I’ve come up with.

Filmmaker: Tell us a little bit about what led you to this film as a filmmaker? How did you get the movie made, and what role did your shorts play in your film education?

Sweeney: In 2015, I directed a proof of concept [for Fox Digital] entitled Normal Doors based on the Straight Up script. [Fox Digital and I] parted ways because they wanted to cast influencers and I did not. And for the next three years, every year was the year I would finally make my movie. I always felt like I was putting my life on hold. It was an unhealthy obsession, but I got it done. Eventually. Like most indies, Straight Up happened via a combination of luck, privilege, talented friends and sheer force of will. Also crowdfunding. We filmed at 20 locations in 18 days of principal (plus two days of pickups) with a budget under 250K. That shouldn’t be possible, and it’s certainly not sustainable, but it was the only way. I self-produced a bunch of scrappy shorts in the years I didn’t film Straight Up to keep myself from going crazy. That training was instrumental. I was so used to being my own AD and shooting eight pages in a day and finding locations on AirBnB. It’s far from ideal, but I do think learning how to do everything inspires clarity of vision.

Filmmaker: Finally, what’s an unexpected influence on this film?