“Our Criminal Justice System is Broken, and the Sooner Folks See that the Sooner We Can Begin to Fix It”: Roger Ross Williams on the Netflix docuseries The Innocence Files 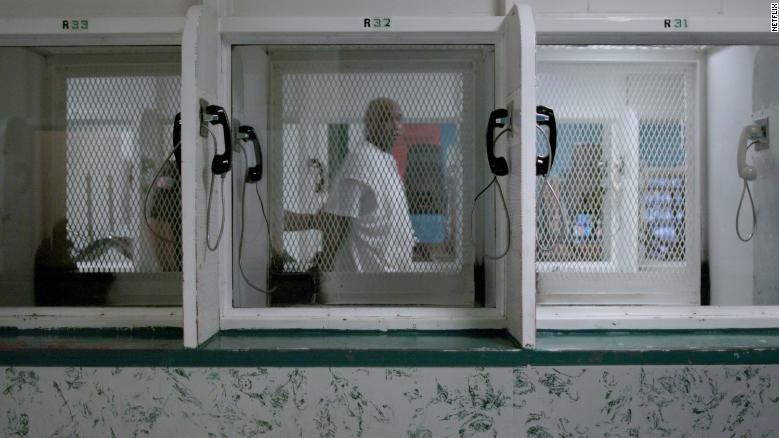 by Lauren Wissot
in Directors, Interviews
on Apr 24, 2020

Executive produced and directed by Liz Garbus, Alex Gibney and Roger Ross Williams, with episodes also helmed by Jed Rothstein, Andy Grieve and Sarah Dowland, The Innocence Files is a riveting, nine-part docuseries that dives deep into eight wrongful convictions that The Innocence Project and its affiliated Innocence Network fought tooth and nail to overturn.

The Netflix series gets off to a binge-worthy start with its first three installments — “The Evidence: Indeed and Without Doubt,” “The Evidence: The Truth Will Defend Me,” and “The Evidence: The Duty to Correct” — all directed by Academy Award-winner Roger Ross Williams. (And if your time is limited, or if you’re just on streaming service overload, this is the must-see trio. Though you might also want to add Garbus’s equally strong “The Witness: Making Memory” to your queue. The only episode told through the eyes of a female rape survivor who unintentionally put the wrong man away, it marks the first time I’ve seen portrayed onscreen the awful toll taken when a victim becomes a perpetrator through no fault of her own.)

In three tightly edited episodes Williams tackles the horrifying cases of Levon Brooks, Kennedy Brewer, and Keith Allen Harward — all convicted mostly on the basis of unreliable bite mark evidence and all subsequently cleared through DNA (though only after serving a shocking 16 years, 13 years, and 33 years, respectively). Brooks and Brewer were both accused of the rape and murder of two different three-year-old girls in small-town Mississippi – and both had their teeth analyzed by a forensic odontologist named Dr. Michael West whose license was later revoked. Harward, the only white man of the bunch, was accused of raping a woman and murdering her husband in Newport, Virginia in the early 80s. To the jury the bite mark “evidence” proved stronger than the fact that Harward didn’t even match the hazy description of the assailant.

Filmmaker was fortunate enough to catch up with Williams to discuss his docuseries contributions soon after all nine episodes dropped on Netflix on April 15th.

Filmmaker: Can you let us in on how you got involved in this sprawling project and specifically how each of you decided which specific cases you would tackle?

Williams: Netflix reached out to me. I said yes immediately because I am a big fan of the work of The Innocence Project. I chose to tell the stories of Levon Brooks and Kennedy Brewer because of the role that race plays in our nation’s mass incarceration crisis. I’m a Black man from a community that has been devastated by mass incarceration, so their stories felt really personal to me. I was also drawn to the economically depressed Black town of Brooksville, Mississippi because it is a place still struggling with the legacy of slavery. These were stories I had to tell.

Filmmaker: It seems like working with The Innocence Project might be both a blessing and a curse when it comes to getting people to agree to go on camera. How did the team’s involvement open doors for you — and conversely, who refused to be interviewed because of their participation?

Williams: Yes, it was. The families of the wrongfully convicted, and even the families of the victims, very much wanted to tell their stories. The district attorney, Forrest Allgood, refused to go on camera. He’s the man who put both Levon Brooks and Kennedy Brewer away, so it’s very obvious why he wouldn’t want to talk.

Filmmaker: It struck me that you could just as easily have crafted a feature-length film from the episodes you directed. So how was this docuseries process similar and/or different from feature film production?

Williams: The creative process of making a series and a doc is similar for me. Both are about finding the best way to tell the story. It was important for me to keep the story centered in Noxubee County, a place with a deep racial divide, and to have the folks who lived there tell their story. I stayed away from expert talking heads. My three hours, which are the first three episodes in the series, are serialized, so when you watch them together they play like a feature film.

Filmmaker: One of your most unnerving characters — which also makes him a riveting character, unfortunately — is Dr. Michael West. How exactly do you approach an interview with a defensive, not to mention blatantly racist, character? Was he at all reluctant to participate, or did he jump at the chance to tell his side?

Williams: Dr. Michael West loves the media attention. He’s appeared on many talk shows over the years and made his own videos. We told him this would give him a platform to tell his side of the story. He still stands by his testimony to this day, even though he was debunked and lost his license. In the series Dr. West even compares himself to confederate statues. He sees himself as someone whose history they are trying to erase in the same way he says they are erasing the symbols of the confederacy he so admires.

Filmmaker: How did your prior projects (I’m thinking of 2018’s American Jail) inform your work on this series? Did you apply any lessons learned?

Williams: I learn something new on every project. For me, this series was completely eye-opening – I had no idea so many people have been convicted based on junk science. Hopefully after watching The Innocence Files people will begin to push for change. Our criminal justice system is broken, and the sooner folks see that the sooner we can begin to fix it.