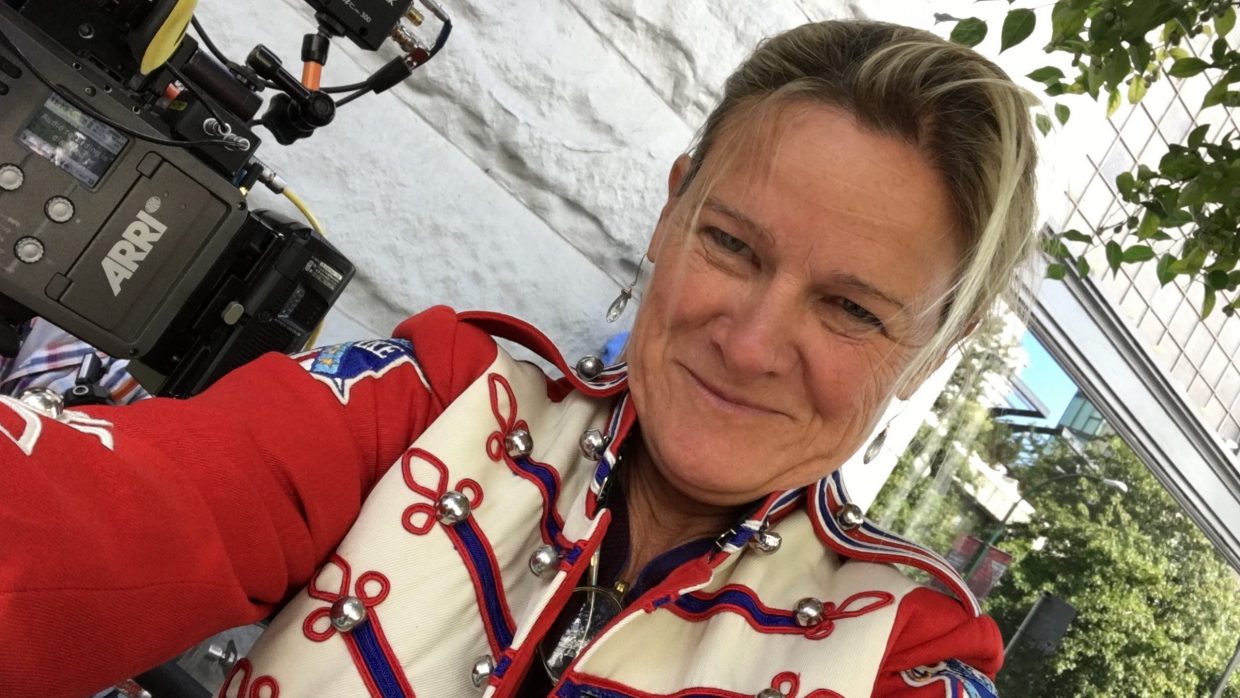 by Filmmaker Staff
in Cinematographers, Interviews
on Jul 8, 2020

After working in Europe and Canada for seven months, I was in New York in the middle of directing an episode on a Netflix series called Inventing Anna. We had shot about 10 days of material, mostly courtroom scenes packed with extras, and had another 15 days to go in a magazine office, also dense with people.

The producer tried to wrap us, but it wasn’t until the mayor declared a state of emergency that the show shut down. I decided to head upstate, being one of the privileged who could leave the city. It felt strangely reminiscent of 9/11. The future was uncertain.

But I felt a huge relief, finally being home and happily surrounded by nature. I actually got beyond page 10 in my reading—The Tangled Tree, Sapiens, a book about physics—long carried from country to country. I was watching films on MUBI and Criterion and listening to Max Richter, Nick Cage and Warren Ellis, Bill Evans, Ólafur Arnalds.

I thought, oh my god, this is the first time in 30 years I’ve not had multiple projects on my plate. I could reflect upon and embrace the immediacy of being. The world beyond was in turmoil, though. I couldn’t help but reflect upon what was happening in New York and across the globe. No one would have expected almost the entire world to pause. Italy and Spain were struggling with agonizing death. As with climate change, Trump was again denying what was happening. My conscience was stirring. How can I sit back and not capture this moment in time?

I wasn’t interested in just shooting empty streets; we could see those wide-angled shots everywhere in the news. How to re-envision the streets in a meaningful way—through art and visual metaphor—to tell part of this story? What about the people who couldn’t #stayathome? What is the individual and collective psyche of the world during this shared experience?

My thoughts turned to the film Koyaanisqatsi: Life Out of Balance and the books I was reading about humans and their impact on this planet. This pandemic represented another step toward our extinction and life as we know it on earth.

When my friend and colleague Anna Hashmi, the executive producer and owner of The Corner Shop (where I am repped as a director for commercials), threw out a challenge to make an iPhone film, I realized that filmmakers around the world could be feeling the pull to capture and understand this moment, to help the cause.

What if I invited DPs in the ASC and IMAGO to film what’s happening around them—even just capturing a child looking out the window, pondering the future? Not documentaries of the pandemic, but rather a curated collection of art films, films that looked at the planet and our existence in a philosophically and metaphorically different way. A prism through which to look back at this time, and perhaps seize an opportunity to change for more sustainable life.

The ASC and IMAGO were excited about the idea, so I called my longtime friends, Pete Abel of AbelCine and colorist Joe Gawler of Harbor Picture Company, to explore the idea. They immediately pledged support and resources. Anna and I formed an LLC and reached out to production partners around the world. We made a concerted effort to find a diverse group of directors who normally don’t get exposure to help shape the stories and edit the material. We also decided to donate any proceeds from the project to help those on the global frontlines—Doctors Without Borders.

Right now, we have artists in 46 countries donating their time and talent to make films for Chronicle. Each director is briefed on Zoom about ideas and points-of-view, and each piece is five to eight minutes long.

Yesterday, I spoke to two young Russian filmmakers, a couple. He is the director, she the DP. They sent us a rough cut of their film, where they go inside what they call the red zone, a COVID-19 unit in Moscow. I was stunned by their work. Tied to Mozart’s Requiem, the images were so elegant, respectful and beautifully shot. All the hours and hours on Zoom, all the books I didn’t read, were worth it for these five minutes alone.

I am working on the American chapter of Chronicle. It necessarily has to have a political thread woven into the fabric. My sense of justice and responsibility pushes me to speak out. This pandemic has exposed the excesses of capitalism all over the world. The U.S. government has been thinking about the pandemic only in terms of numbers. We need to see it in terms of humanity and nature, what is happening to the animals and the earth.

Ellen Kuras, ASC, is a director and cinematographer.