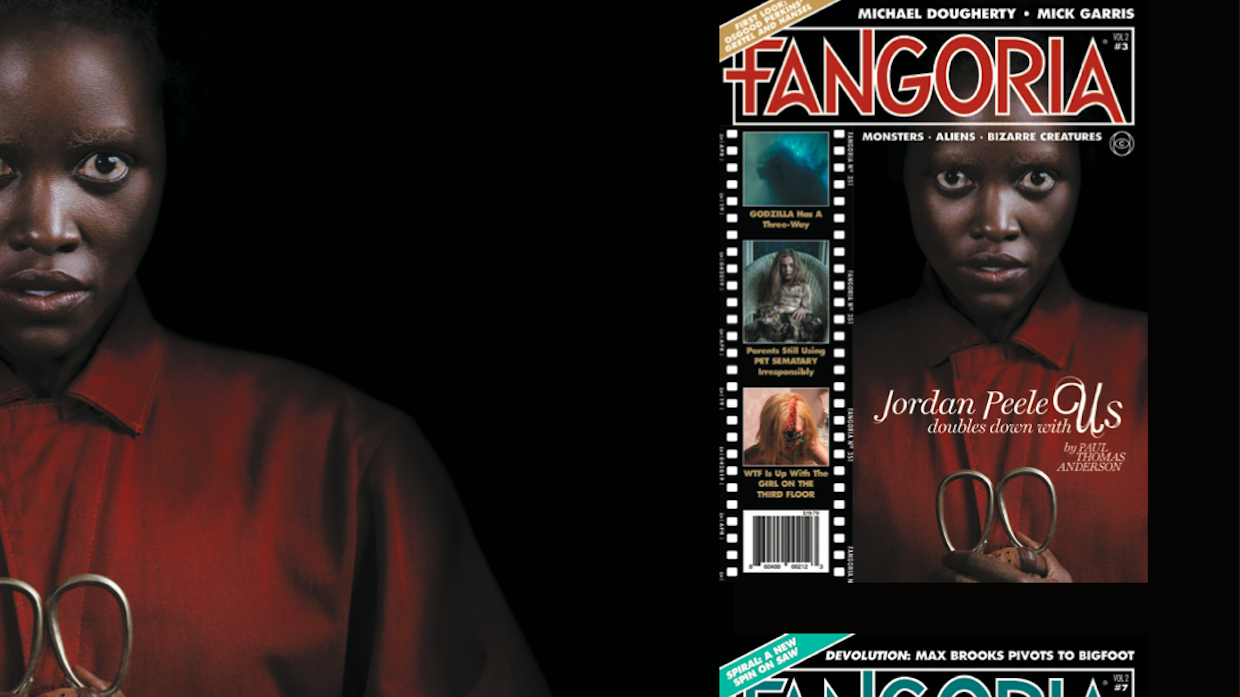 “I grew up a genre fan,” Tara Ansley, independent film producer and the new co-owner of the 40-year-old preeminent horror brand Fangoria, said a few weeks after news of the acquisition was made public. “[When I was young,] Fangoria was the closest I could get to being on a set and going behind the scenes. When I saw the company was for sale, I knew it was time for there to be more female leadership and diversity within the genre world.”

For more than four tumultuous decades, Fangoria has served as America’s most prolific brand covering all aspects of the horror genre. Launched in 1979 as a print magazine specializing in fantasy fare, the company quickly revamped its focus (and turned a profit) with its seventh issue, signaling a bold shift to fright flicks by featuring a still from Stanley Kubrick’s The Shining on the cover. To the delight of its readers (and the dismay of their parents), the 1980s gave rise to an endless offering of gory slasher films that Fangoria was more than happy to highlight, turning Freddy Krueger, Leatherface, Michael Myers and Jason Voorhees into unlikely lucrative newsstand idols.

Spanning the editorial leadership of Robert “Uncle Bob” Martin, Tony Timpone, Michael Gingold, Chris Alexander and Ken Hanley, the entertainment brand would further venture into more risqué sister publications, a daily website, a fan convention, advance screenings, an awards show and various film productions. That all came to a screeching halt in 2016, as increasingly delayed print issues and callous layoffs by the publisher, the Brooklyn Company, led to a decreasing subscriber count and a social media outcry from filmmakers, including Guillermo del Toro. By that year’s end, Fangoria was stripped of a staff and the good will they had amassed amongst the horror community.

The following year, Fangoria was purchased by Cinestate, a Dallas-based production studio and media complex whose messaging aggressively leaned into the potentially reactionary elements of action cinema. In early 2018, the company relaunched Fangoria as a quarterly publication to be overseen by editor-in-chief Phil Nobile Jr. A documentary producer and former writer for Birth.Movies.Death. (also acquired by Cinestate), Nobile Jr. remembers his initial days as less than pleasant: “When I came on board in 2018, there was a lot of bad blood I didn’t have the context for. When I logged onto Fangoria’s social media, I noticed that really interesting players in the horror community had our account blocked. It was like walking into a huge bar fight, and you’re not sure how it started or who is at fault, but you needed to clean up the floors and fix the windows. My job was to rebuild the brand and get people to recognize it as something worth supporting.”

Through the spring of 2020, the relaunched Fangoria appeared to be relatively successful, releasing eight print issues and numerous podcasts that featured contributors—including Paul Thomas Anderson, Robert Eggers and M. Night Shyamalan—who spent much of their childhood reading the original magazine. Fangoria was fun again, equally welcoming and welcomed by horror fans who had come to cautiously accept the second incarnation of the beloved publication.

Then, on the morning of June 6th, The Daily Beast published an exposé that featured numerous accusations of improper working conditions on Cinestate productions in general and sexual abuse by producer Adam Donaghey in particular. Horrified by the news, the editorial teams of Fangoria and Birth.Movies.Death. released a joint statement condemning their parent company and listing demands that were to be met before their publications would continue operations. Within hours, countless contributors such as Blumhouse, Joe Bob Briggs, Barbara Crampton and Mick Garris publicly stated that they would no longer be contributing to Fangoria if it were to remain under Cinestate ownership. Days later, Fangoria was once again put up for sale.

That’s when Ansley, whose credits include the recent Sundance selection Beast Beast, and entrepreneur Abhi Goel teamed up to acquire the brand this past summer. “With my background in content, technology and publishing operations (combined with Tara’s background in film and the horror genre), this was absolutely the right move,” Goel writes in an email. While the digital and multimedia identity of the brand will return, Ansley and Goel make clear that Fangoria’s print identity, led by the returning Nobile Jr. and managing editor Meredith Borders, will remain a constant. “The magazine is an experience,” Goel explains, “from anticipating the upcoming issue to seeing the cover released [weeks in advance] to receiving the issue in the mail and finally getting to read through it.”

Those covers, often gleefully graphic in their ample display of blood and guts, have long drawn the ire of censorship groups, a tradition that continues to this day. “We can’t show our covers on Facebook,” Nobile Jr. readily admits. “Like, they will ban us if we upload covers of our own magazine. We often have hour-long meetings about how we can blur or cover a part of an image. Our seventh issue had two covers: one for Saint Maud (a very classy cover) and, if you flipped it, one for The Hunt (which shows a woman blown in half). We wound up putting duct tape over the parts of the cover that could offend so that we could share it on social media.”

While numerous obstacles exist for an entertainment magazine operating amid a global pandemic, none have been so catastrophic as to disrupt Fangoria’s print-reliant workflow. Their fall issue—the first under Ansley and Goel’s ownership—is still set to arrive this October, albeit with a slightly altered table of contents that had to swap out extensive coverage of Nia DaCosta’s Candyman (delayed several times before finally being pushed to 2021) with a different Blumhouse title, Freaky. A serial killer/body-swap horror comedy starring Vince Vaughn and Kathryn Newton, the upcoming Freaky is an unexpectedly appropriate cover story for Fangoria’s newfound commitment to drawing attention to more diverse stories. “The movie is written and directed by two queer filmmakers [director/writer Christopher Landon and cowriter Michael Kennedy] with a queer-centered character placed in the plot of a body-swap horror movie that’s super gory,” Nobile Jr. reveals. “I think it’s a crazy collision of all of the things we want in Fangoria.”

“We’re expanding to a more digitally dominated world while also honoring our 40-year legacy,” Ansley added. “Our goal is to propel a wave of talented storytellers who are strongly representative of their heritages and our expansive genre family. Everyone screams in the same language.”