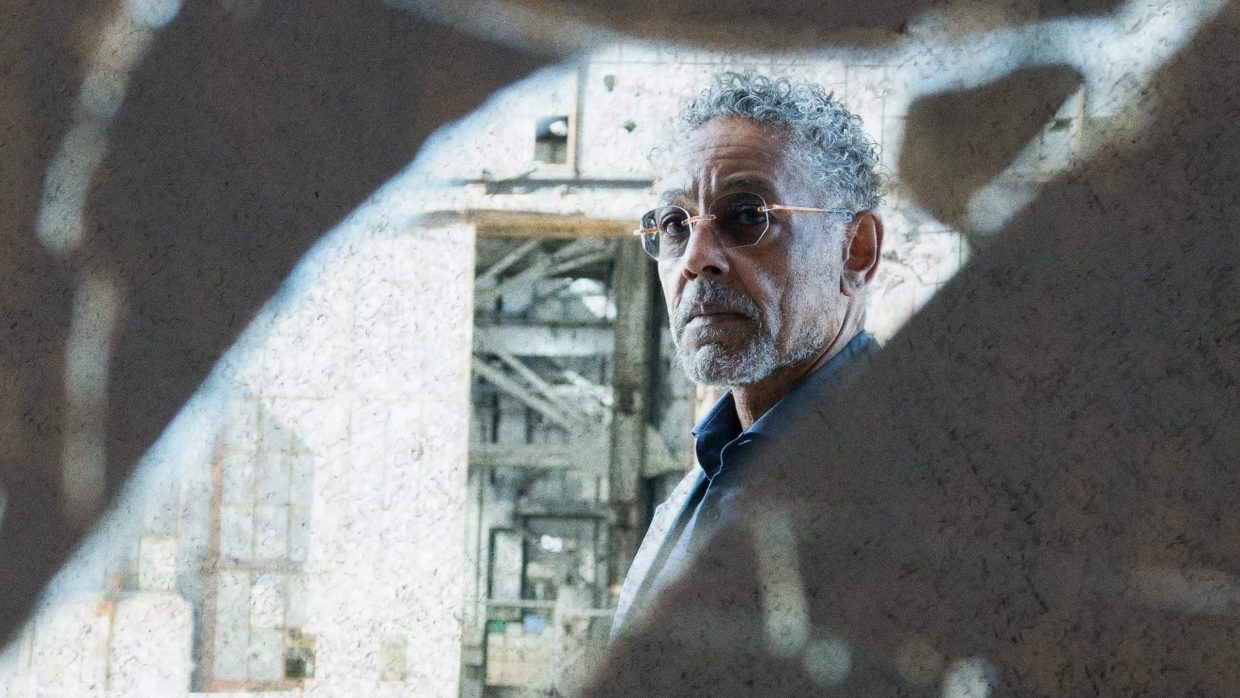 The Broken and the Bad

by Ronni Thomas
in Filmmaking, Production
on Nov 11, 2020

What do you do when you’re a week away from finishing a documentary project about the world’s biggest and most renowned TV series and the world decides to end?

It all began very normally about a year ago. AMC approached the company I work for, IKA Collective, with the concept of creating a docu-series focusing on real-world stories that mirror the fictional worlds of Breaking Bad and Better Call Saul. The show’s creators, Vince Gilligan and Peter Gould were enthusiastic about the idea, and before long I was on my way to Green Bank, West Virginia to document electromagnetic sensitivity; a condition which Chuck McGill (Better Call Saul) claimed to suffer from.

Looking back, there were a bunch of signs that this project would be unique. The first one hit me on the road to Green Bank. I’ve been a filmmaker, oth commercial and independent for 20 years, but the gravity of helming a project about two of the biggest and most renowned series in TV history suddenly became very strong.  Passing mile markers on the highway, that self-doubt and insecurity which is at the core of many filmmakers plopped itself into the front seat.  Thanks to the encouragement and support from my team at IKA (EP Ian Karr and producers Jonathan Jacobson and Robbie Chafitz), I was able to prevent myself from reverting back to my earliest days at Troma films, wondering how I even got there.

I know. As a director, you’re supposed to be self-confident, brave, even arrogant, but that’s bullshit. It’s good to be a little afraid and question your skills and talents. One of those famous director types once said “If you aren’t terrified on the first day of filming, you’re doing something wrong.”

By the time we hit Green Bank, WV, my confidence had thankfully won the battle. Or, at least the marriage of my confidence and creative self-doubt gave birth to a strong child. Some people call it something stupid, like a “come to Jesus” moment. I call it the “fuck it” moment.

We filmed in six cities across two countries. Over the course of filming, my small but highly adept crew, (primarily Bobby Carnevale and Alan Kudan acting as all purpose “film people”)  spent time in the offices of renegade lawyers, crossing the border with law enforcement agents, cleaning up a meth lab, and riding along with a Meth Suppression Unit. 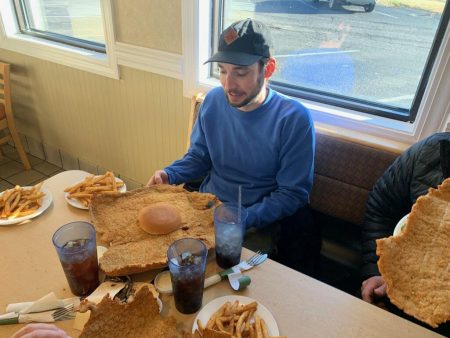 In Indiana, we were also treated to the most idiotic sandwich I’d ever seen which nearly killed Alan (it was essentially a massive filet of pork, deep fried and cartoonishly set between two small buns).

This project was truly was an adventure fit for Saul Goodman or Walter White.  Because we were so lean, my guys and I had to think fast and be creative on our feet. Back home, while our editor/VFX designer, Vince Rose was pulling the edits together, we were hanging off the sides of police cruisers, strapping go-pros to meth-house vacuum cleaners, and teasing border officials while flying a drone between Mexico and Arizona (at the gleeful encouragement of former customs agent Terry Kirkpatrick). It sounds like fun, and it was.

My process would make a college-educated filmmaker (and my mother) cringe. I’m very spontaneous and free-form in my interviews and I tend to lose all filters when I get bored. But I’m also an editor. So when I “tune out,” I consider that an edit. I knew I needed to channel the fictional world of Breaking Bad, but as filming advanced, life imitated art and the universe seemed to manifest itself. While we were filming, a real-life family from Utah was executed by a Mexican drug cartel just 12 miles south of where we were having lunch. A woman blew herself up cooking meth in a homemade lab with two children in the other room. And Adam Reposa, a Texas state defense lawyer, took on a mob of angry soccer moms…on camera.  It was glorious. Adam is featured in episode one, Below the Law. Many of the subjects of these films have become good friends. 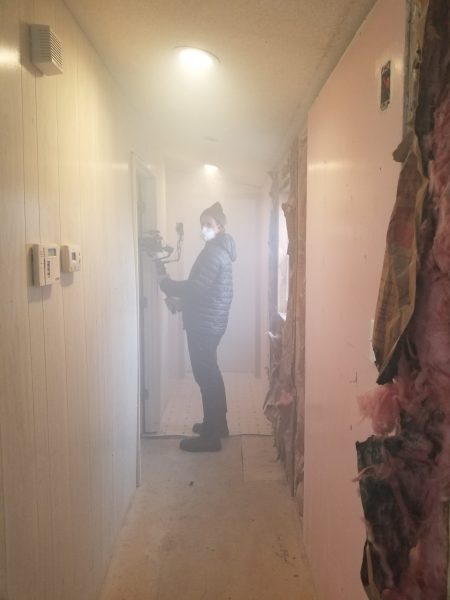 We had incredible leadership from the network. AMC Execs Allie Dvorin and Kevin Dreyfuss, along with series producer Melissa Bernstein were especially supportive, and their excitement with our progress only made us more eager to deliver. The quality of the characters and stories really galvanized us at IKA Collective to keep pushing as hard as we could to honor the legacy of the Breaking Bad/Better Call Saul franchise—

AND THEN THE WORLD DECIDED TO END….or at least go into quarantine.

We were wrapped with all of the location shoots, but still needed to get some B roll and, most importantly, the host wraps with Giancarlo Esposito.  We were in NYC and Covid-19 was at its terrifying worst. All production had completely stopped and Giancarlo was in Albuquerque, NM.

We were literally one day away from finishing this amazing project, and now everything was in question.

Fortunately, problem solving is at the heart of all good filmmaking, and often times those problems (or their solutions) turn out to be gifts. We tossed around everything from just using a voice over to re-purposing green screen outtakes of Gus Fring, but that was not going to be good enough. Not for me, not for the teams at IKA and AMC, and not for Giancarlo. He went straight back to his indie roots and offered up an inspired solution. Giancarlo’s teenage daughter, Ruby, is a budding filmmaker and he proposed we allow her to be our second unit and shoot him in Albuquerque. I must admit, I was wary at first. But after an initial call with both Ruby and her dad, I was impressed. She had great creative sensibilities and was excited to do what needed to be done. I saw a lot of my young filmmaking self in her and it felt great to be mentoring a new generation. Twenty years from now, maybe Ruby will draw on this experience while she’s driving to West Virginia. 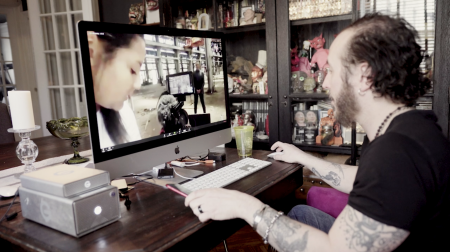 My crew and I built a cinema-quality 4K “drop kit” that we shipped to New Mexico and the Espositos found an amazing location. Ruby initiated a Zoom call from “set” using her laptop tethered to her phone’s internet connection. Together, we accomplished what no one would’ve even attempted three weeks prior ….from 2000 miles away. While directing remotely was sort of weird, it worked really well. And it’s surprising how quickly everyone got used to the process. Team Esposito truly delivered and the footage exceeded our wildest expectations.

We finally arrived at the end of this uncanny adventure, wrapping in quarantine. No party. No big send off. I’m not much for social media, and my team isn’t either, so we couldn’t really even celebrate that way. The process was as much a battle between my self-doubt as it was a wild adventure… But watching the films there is a certain satisfaction to not having any substantial closure, as if to say, possibly, the best is yet to come?

All six films are freely available at The Broken and the Bad site as well as most streaming platforms.