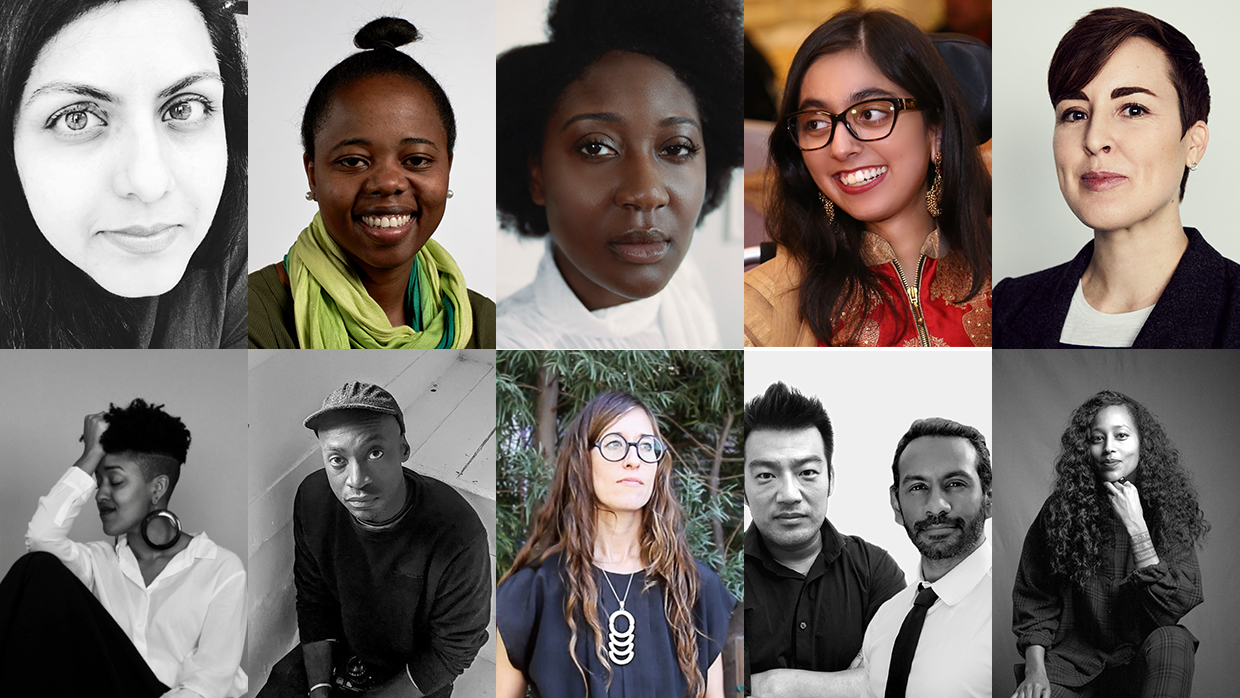 SFFILM, in partnership with the Kenneth Rainin Foundation, announced today eight new recipients of its SFFILM Rainin grants along with two recipients of its new SFFILM Rainin Filmmakers with Disabilities Grant. The grants provide early stage screenwriting and development support, with the latter grant a new pilot program “to provide additional support to Rainin applicants whose films specifically address stories from the disability community.”

The SFFILM Rainin Grant is currently accepting applications; the final deadline to apply for the 2021 cycle is March 12, 2021. For more information visit sffilm.org/makers.

It’s 1993. Everyone is an alien navigating the newly independent nation of Eritrea — the diaspora moving back home, the citizens who never left, and the visitors from outer space.

Haunted by her father’s passing in her childhood home, Zehra returns to protect her sister and young nephew who inhabit the house from a sinister presence that threatens the only family she has left. Set in the captivating world of the Shia Muslim American community, Anees is a meditation on the inheritance of trauma and the relationships that continue after death.

In 1777, Black freeman Agrippa Hull and exiled Polish engineer Tadeusz Kosciusko join the Continental Army — a ragged force of Indigenous, Black, and poor white fighters. Forging an unlikely brotherhood amidst the War for Independence, Agrippa and Kosciusko battle the festering racism of the nascent United States.

Joy and Pain is a meditative exploration of two families, as viewed through the experiences of a young couple burying a parent and bearing their first child.

A young nonbinary person struggling to assert their identity falls in love with an older trans man who allows them to feel seen for who they are for the first time. But as conflicting long-term expectations emerge, mounting insecurities threaten to tear them apart.

An aging blues musician who is convinced that his late wife is trapped inside a song believes she has been kidnapped by a group of lo-fi hip-hop producers in Oakland.

Our Father, the Devil

A reserved African refugee’s quiet existence in a sleepy mountain town in the south of France is upended by the arrival of a charismatic Catholic priest, whom she recognizes from her past.

On a southern plantation in the 1800s, a young slave girl named Lena has telekinetic powers she cannot yet control. Lena must keep her powers under wraps when she is separated from her mother to be a house girl, in close quarters with the Master’s wife: Elizabeth.

A conservative Punjabi family decides to trick a man into an arranged marriage by hiding their daughter’s disability. However, the daughter, Agg, has schemes of her own. Being held captive in her room for most of her life, Agg decides the wedding is the perfect time to enact revenge against her abusive family. Will her violent (yet still tasteful) plan help her move from victim to survivor, or is it just going to consume her?

From 2011–2013, a rash of tuba thefts occurred from high schools across Southern California. The Tuba Thieves does not tell the story of the thieves or the missing tubas. Instead, it asks what it means to listen.

The panelists who reviewed the finalists’ submissions for the Rainin Grant were Sofia Alicastro, Artist Development Manager: Filmmaker Programs, SFFILM; Leah Giblin, Head of Artist Exploration, Cinereach; Lauren McBride, Director of Artist Development, SFFILM; Mary Jane Skalski, Producer and President of Production, Echo Lake Entertainment; and Shelley Trott, Director, Arts Strategy & Ventures, Kenneth Rainin Foundation. They said in a statement: “We are extremely excited to support these eight films and the filmmaking teams behind them. We were particularly struck by the connective themes of memory, history, and emotional presence as we assembled this promising cohort. The clear ambition and innovative approach from each of these talented and distinct storytellers was also quite impressive. We’re looking forward to seeing these bold visions take shape and reach audiences everywhere.”

The panelists who determined the recipients of the SFFILM Rainin Filmmakers with Disability Grant were Matthew Alaniz, screenwriter and script consultant; Sofia Alicastro, Artist Development Manager: Filmmaker Programs, SFFILM; Sophie Gunther, Artist Development Manager: Film Funds, SFFILM; Lauren McBride, Director of Artist Development, SFFILM; and Shelley Trott, Director, Arts Strategy & Ventures, Kenneth Rainin Foundation. They noted in a statement: “Disability has long been overlooked by the film industry and we’re beyond thrilled to be able to support two emerging voices within the disability community. From a hybrid project that pushes the boundaries of narrative storytelling to redefine an ableist experience of sound, to an unnerving revenge thriller that comments on cultural prejudice against disability as it enforces agency in representation, both films innovate on the norm and take a compelling approach to filmmaking. We’re proud to give early support to these two talented women through this important pilot grant. We give our sincerest thanks to the Kenneth Rainin Foundation for their continued partnership in new initiatives to support underserved filmmakers share their stories with the world.”