“It’s Kind of a Love Story but Not a Romantic Love Story”: Editor Annette Davey on Together Together 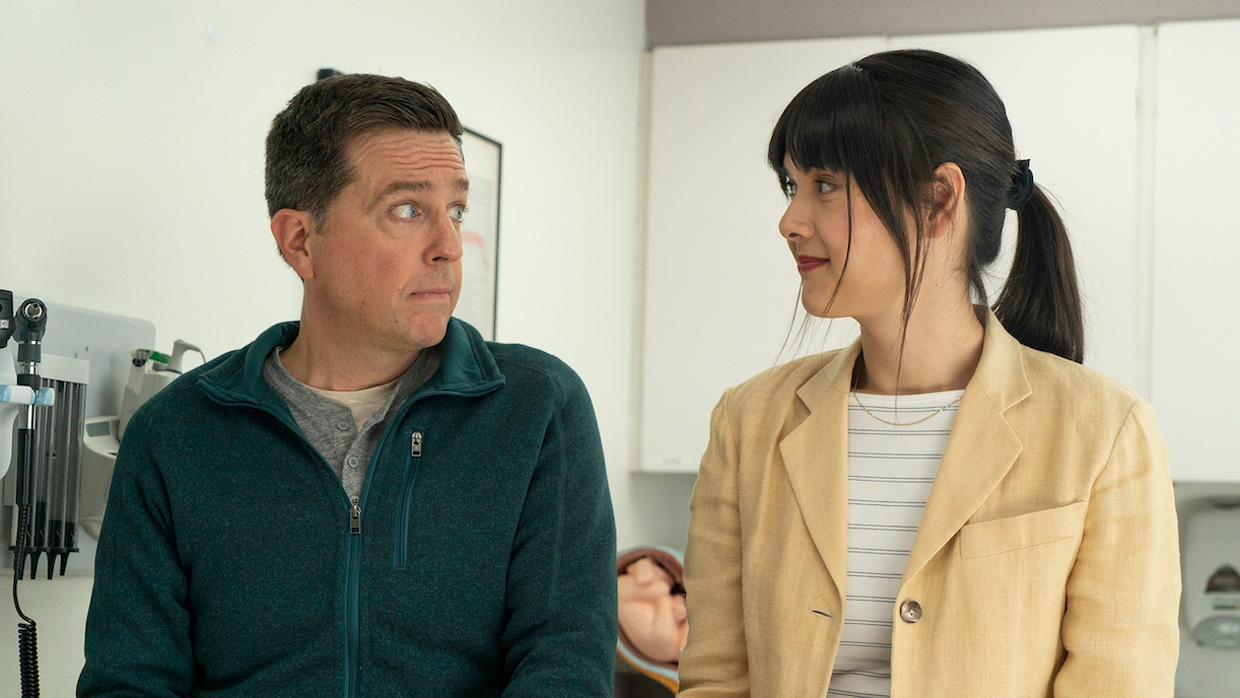 Nikole Beckwith’s surprising romantic comedy Together Together lacks an actual romance. Matt (Ed Helms) decides to have a child despite being single, so he seeks the help of gestational surrogate Anna (Patti Harrison). The two strike up an unlikely friendship, a purely platonic relationship between two self-described loners who gradually learn a thing or two about love. Editor Annette Davey tells us about crafting a unique story using tried and true genre conventions and how to stay authentic amid the editing process.

Davey: I had worked with one of the producers previously and he contacted me directly to see if I was available. The film had already been assembled so I watched the cut and I read the script and met the director and really liked the project. It was a story I had not seen before and I was very excited about the uniqueness of this story.

Davey: I wanted to make sure that you really felt all the complex emotions portrayed in the film and I wanted to make sure it wasn’t too obvious or sentimental but at the same time emotional and moving but also funny where possible. It’s kind of a love story but not a romantic love story and these are not emotions or circumstances that we see on the screen very often so I really wanted it to be authentic and true.

Davey: We had two in person screenings and one digital screening. We used questionnaires at the large screenings and this feedback was very helpful. We circulated the cut with the producers on a regular basis and this also was very helpful. The film is edited in a fairly classical straightforward way, with little to no intercutting but what was quite involved was ensuring that all the emotions were playing and registering within this style.

Davey: I started my career in Australia, I went to the Australian Film & TV School and worked in Sydney before coming to the US. I was invited to work in the US by an Academy Award-winning editor and this was a huge opportunity for me. I have always loved Italian cinema and it was an Italian editor who lead me to the US and I feel between growing up in a different country and my time working with an Italian mentor gives me a unique approach to films.

Davey: We used Avid and mostly this is the major system used in editorial. I have worked on Avid a lot so feel very comfortable with this system.

Davey: The most difficult scene to edit was the opening. We wanted to establish the style of the film from the very beginning, but there was a lot of back and forth about how should this play out without feeling too lengthy. Eventually I came up with the idea to intercut the opening company credits into this scene which gave it more variety and helped establish that this was the opening sequence.

Davey: I think the film has very deep and resonating emotions, especially with the final shot as it is. I find it to be very emotional staying with Anna as she experiences the loss of what has just happened, this realization and feeling played more for me each time I watched the movie. Again I think it’s a very complex scenario and I feel as though this is captured very well in the final sequence of the movie. Nikole Beckwith, the director of Together Together, is an extremely talented director and has made a really nuanced, beautiful film and I am so happy that I got to take this journey with her.