“It Was Not Really Possible to Use Any Safety Precautions or Protocols”: Hogir Hirori on his Sundance-debuting Sabaya 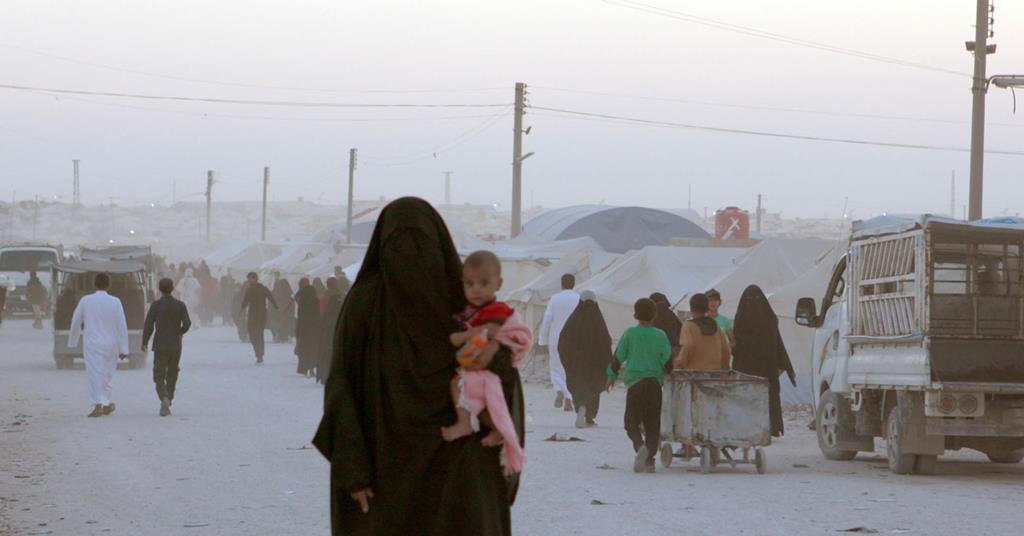 Hogir Hirori’s Sabaya is a harrowing tale of heroism from a filmmaker all too familiar with the wartime struggles of those he documents. With his latest, the final piece of a cinematic trilogy that includes The Deminer (which nabbed the Special Jury Award for Feature-Length Documentary at IDFA 2017), the Swedish director, who fled his native Kurdistan in 1999, returns to the battle zone to spotlight the dedicated civil servants of the Yazidi Home Center. Putting their lives on the line 24/7, two brave men and a slew of extraordinary, anonymous female “infiltrators” fight, using phones more than guns, to save the Sabaya, the Yazidi women and girls held as sex slaves by ISIS. It’s a calling that leads them to Al-Hol in Syria, the Middle East’s most dangerous camp, where the brutalized hostages blend in with their perpetrators, rendering identifying, let alone extricating, them a herculean task.

To learn all about this ongoing rescue mission and the film’s nail biting production, Filmmaker turned to Hirori, himself a man with a calling, the week before Sabaya’s January 30th debut in the Sundance Film Festival World Cinema Documentary Competition.

Filmmaker: How did you first meet Mahmud and Ziyad and all these fearless volunteers? Was it difficult to convince everyone to participate in the film, or did they readily agree?

Hirori: I met Mahmoud and Ziyad during my first trip to Syria, which I made to do research about the kidnapped Yazidi girls held captive by Daesh. In the beginning it was quite hard to gain their trust, as they didn’t know anything about me and my true intentions. But with time we eventually established a strong relationship built on trust.

Filmmaker: How exactly did you obtain all the footage (which seems to make liberal use of quite a few hidden cameras)? Did you provide the female infiltrators with equipment, or are they trained to record everything by the Yazidi Home Center?

Hirori: I knew that I would not be able to film everything with my big handheld camera, so I brought with me some smaller cameras in case I would need them. I filmed everything myself, even the parts where it looks like the infiltrators are filming. I put on a niqab and hid a camera underneath. I would never risk the lives of the infiltrators by asking them to film scenes themselves or to use hidden cameras.

Filmmaker: Sabaya is the final film in a trilogy, beginning with 2016’s The Girl Who Saved My Life, and on through 2017’s The Deminer. With all three you’re capturing traumatized characters in a dangerous war zone. So was the process, and its challenges, the same or different with this latest doc?

Hirori: The process and challenges posed by the three documentaries are actually quite different. They are filmed in different locations, situations and using different filming and sound equipment and editing techniques. I have always tried to learn from previous experiences and mistakes in order to evolve as a filmmaker. The biggest challenge with Sabaya was that it was filmed in Syria, an area I was not as familiar with. So my nerves were constantly on high alert while I was down there filming.

Filmmaker: What safety precautions do you put in place during production? Have you learned any particularly helpful protocols over the years from prior shoots?

Hirori: It was not really possible to use any safety precautions or protocols. I just had to be as careful as I could under the given circumstances. What I relied on most was my knowledge of the culture and the behavior of the people in the area.

My goal was to make it look as though I was just another member of Mahmoud’s team. I tried to stay under the radar by not drawing too much attention to myself as a foreign reporter or to give cause for suspicion. Appearance-wise, I look much more like a native than for example a blond Swedish or British journalist would. I also made sure not to speak too much, as my Arabic bears an accent which reveals I am not of Syrian origin.

To be able to get really up close and personal with my protagonists I had to become a part of their everyday lives. I stayed at their home and at the Yazidi Home Center day and night. I ate with them. We spent time together off camera. But we were always prepared for the worst.

Filmmaker: You yourself are a refugee, having fled Kurdistan for Sweden over two decades ago. Yet looking at your filmography it’s almost as if you never left. Does your drive to document your homeland stem from a sense of responsibility? Survivor’s guilt? A desire to correct or clarify the Western media narrative? (Any or all of the above?)

Hirori: These are stories that happen repeatedly through the years. In my parents’ generations, and now my own, the same things are happening. Through my documentaries I want to show the real, and often untold, consequences of war – and to provide a voice for those who suffer the most. My biggest hope is that my children’s generation will not have to bear witness to these atrocities.