“It Was Just Me and the Characters in a Vacuum”: Editor Marion Hill on Ma Belle, My Beauty 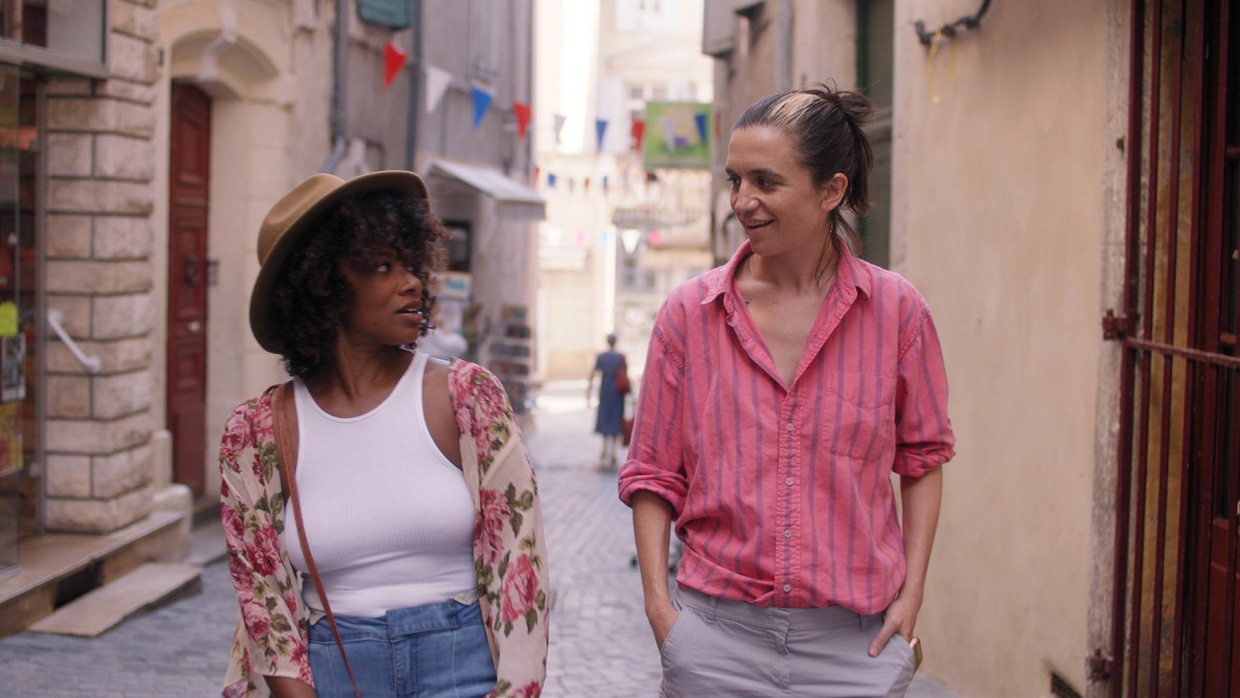 Marion Hill tackles uncharted territory with her polyamorous drama Ma Belle, My Beauty. After moving to rural France, Bertie (Idella Johnson) runs into her ex Lane (Hannah Pepper-Cunningham) who she was previously in a three person relationship with alongside Bertie’s husband Fred (Lucien Guignard). Hill, also the editor of the film, reveals the personal journey that went into editing the film.

Hill: I am also the writer, director and one of three producers of the film. I have been editing professionally for various different companies since I graduated college, and in my own work I have always been a director/editor. For me, the art of editing is 50% of the art of directing (perhaps more) so it was never really a question for me whether or not I would edit this film. I am lucky to be technically proficient (as long as we are not messing around with lots of effects), so editing the film was just an extension of directing, except that I get to sit down the whole time and sink into my fullest introversion. This film is also so much driven by the subtlety of performance, so I knew I needed to be the person going through every take and carefully putting together what I wanted from the characters at each moment.

Hill: For this film the journey was about finding the best way to find focus and refine the arc of what the audience should be feeling throughout. It wasn’t until I had the assembly that I could even step back and see what in the arc wasn’t quite working—usually the fix came with a swap out of a take for performance, because the progression of the tension is so subtle throughout that using a take where Bertie seems more hurt than angry, for example, made all the difference. The other main choice was finding balance in my musical-visual sequences, some of which were feeling too long and therefore contributing to a lack of focus. But there was actually nothing that was totally reshaped from the assembly.

Hill: I didn’t show the film to a ton of people. And, this being my first time doing a feature film, I was very interested and delighted to find that my best feedback came from other editors who had not read the script or seen anything prior. Michael Taylor, who edited The Farewell, graced me with a long feedback session where we went scene by scene and discussed every moment, and that was really the session that guided me into my final cut. I showed a few friends, too, to whom I wanted to test out takeaways, themes, and how they were feeling about each character. But it was surprisingly easy to just talk to one or two people at each juncture and then just keep working by myself.

Hill: I live and breathe Adobe Premiere. This was the software I learned on and has just become a second nature extension of my hands. I had always heard people say that Avid was better for editing features but to this day I don’t understand why a feature is any different than short form work. My amazing assistant editor Jalea Jackson prepped my project beautifully, and it was a very easy experience working in Premiere.

Hill: For a micro budget indie like this, we were obviously working with lots of constraints, such as not having a script supervisor which made things like continuity a struggle—but only in two scenes was it really difficult. My most difficult scenes to cut were where I was being forced to navigate my preferred takes for performance with continuity problems, and only working with three takes. I ended up leaning on ADR just a little to resolve my performance concerns.

Hill: For almost a year while editing, it was just me and the characters in a vacuum. Piecing together these brilliant actors’ work into an emotional story was a whole emotional story for me as I was doing it. There were some days I didn’t want to deal with some scenes because they were too much for me that day—and there were some days where I would find the perfect cut and it would feel so good that I kept watching and watching, and it was giving me some kind of personal catharsis to do that. Because this film is so personal for me, the journey of editing was very healing, as I came to understand the nuances of what these characters were feeling and going through in many more profound ways than I realized possible when I wrote them.