“We Like the Poetic, Dreamy Quality”: DP Edu Grau on Passing 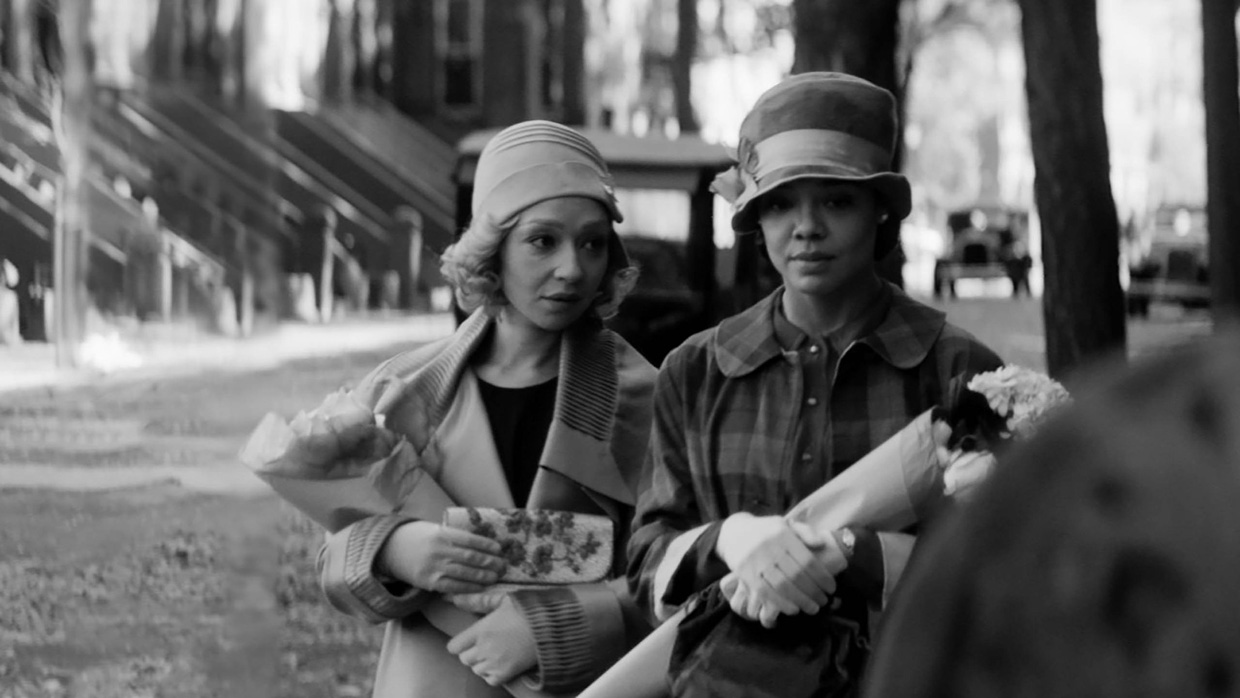 Rebecca Hall’s Passing is an adaptation of the Harlem Renaissance era novel by Nella Larsen of the same name. Starring Tessa Thompson and Ruth Negga as two mixed race women who “pass” for white in the 1920s, the film explores their acquaintanceship as one “pretends” to be white while the other lives life as a black woman. DP Edu Grau shares why they opted to film the Passing with a more vintage style.

Grau: Rebecca Hall and I have done a couple of movies together as an actress (The Awakening and The Gift) so it was really nice to receive her call for her first movie as a director. We are both European and with similar taste and I am a quick shooter so on a 23 days schedule it does help.

Grau: The idea was to create a special look for a B&W film on a 4:3 aspect ratio. Something that we hadn’t seen recently in theaters. We wanted a very contrast-y look that had some eeriness in the whites. This is a movie about race, class and femininity and B&W helped us a lot telling this story as nothing is precisely what you think it is.

Grau: We looked at some Hitchcock films, specially his British period ones. We looked at a lot of photos by Roy De Carava. But we also looked at more contemporary film and photography to compare and learn from their achievements and what we could do different.

Grau: A tight 23 days shoot was difficult but the fact of shooting in NY made it even more difficult. It is a tricky city to shoot, but so pleasant to the eye!

Grau: We shot on ALEXA Mini with Lomo Anamorphic. We shot it like that (which is very strange for a 4:3 movie) because we loved the creaminess of the lenses bokeh and vintage, soft, eerie quality that they gave to the image. We were also going against the sharp and digital quality of the mainstream image nowadays. We like the poetic, dreamy quality of the image we achieved.

Grau: Naturalistic with a touch. I like spaces and people to look natural but I tend to add another bit more to accentuate beauty, poetry, darkness depending on the scene.

Grau: Shooting a 1930s Harlem dance at the City Hall was the most difficult and challenging scene for the movie because of the size and the amount of stuff happening on that scene (in our contained budget) but we solved it by making the most of what we had and going step by step, not trying to be too impressive and keeping it real and close to our characters.

Grau: We tried to achieve as much as we could on camera but obviously we use the DI to make it better, solve the issues we had on the way and fine tune the small details. We are very happy with the final result, Can’t wait for people to see it!