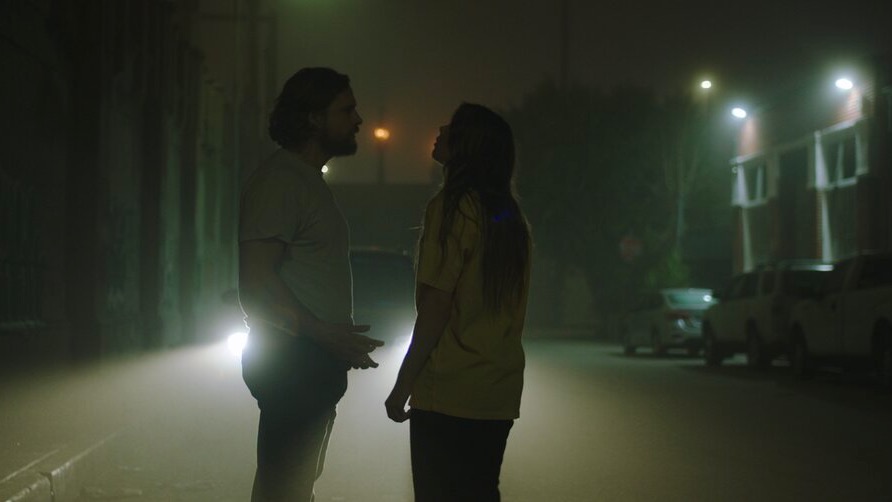 by Scott Macaulay
in Distribution, Filmmaking
on May 11, 2021

NoBudge, the website devoted to ultra-low-budget and truly independent short films, recently launched a major new expansion of the organization’s mission and business: a subscription-based streaming platform that combines films from its collection with new shorts, features and music videos uploaded daily, many of which are exclusive to NoBudge. With Apple TV, Roku, Amazon Fire TV, iOS and Android apps, NoBudge costs $5.99 a month, and 60% of revenues flow back to filmmakers.

One of the most remarkable elements of the NoBudge story is that over its history founder Kentucker Audley — selected for Filmmaker‘s 25 New Faces series in 2007 — has run the site concurrent with an active filmmaking career. (His most recent feature, the imaginative lo-fi romance Strawberry Mansion, directed with Albert Birney, premiered this year at Sundance.) Audley also founded the cinema merch site Movies Brand, which recently added a new line, “art house garbage,” inspired by a misguided review for Amy Seimetz’s excellent She Dies Tomorrow.

Over email I asked Audley to tell us more about NoBudge 2.0, his curatorial polices and his plans to move ultra-low budget independent film into the streaming age. NoBudge offers a seven-day free trial as well as a $54.99/yearly option.

Filmmaker: A decade in, NoBudge has gone from being a Tumblr blog to a website to now a streaming platform with associated iOS, Roku and Android apps — a progression that seems to mirror so many of the directions that the independent film community has itself moved through in this decade, and certainly with regards to their viewing habits. How much of this decade-long march was by design and how much by improvisation? And at one point did NoBudge become something that you considered a business?

Audley: I’d say most of it was improvised. I didn’t really know what I was doing when I first started the Tumblr in 2011 — I just wanted to compile some films that I liked and thought were worthy of attention and support. And the tools were there even for someone like me that wasn’t that tech savvy. As the internet has changed, I’ve just kept moving along in the stream using the easily accessible website and video streaming tools. Over the years, the site slowly grew. I never thought of it as a business, it was just something I liked doing. Around 2018, it had grown to the point where it seemed logical to make it a daily operation, and that’s when I started to commit full-time to it.

Filmmaker: Filmmaker was known early on for our coverage of the NoBudget, or microbudget, film movement, particularly for breaking down budgets of films like Clerks and Clean, Shaven. One thing I’ve noticed over the years is a waxing and waning of the appeal of the term “no budget.” Certainly much of what can be found on your site boasts much higher levels of production value than grittier pictures that used to wear this label with pride. Why is the term no-budget still of value, and how has its meaning changed?

Audley: The term no-budget can be tricky. These days, I don’t think of no-budget work as necessarily giving off a raw or gritty vibe by nature. With the prevalent technology, it’s actually cheaper to make something that looks cleaner and more high definition because that’s what all the cameras look like now, even your phone camera. I think you really have to go out of your way to make something lo-fi these days. So I don’t necessarily equate no-budget with gritty anymore.

I think it’s more important as an attitude or an ethos (same as movies like Clerks and Clean, Shaven even if the look is completely different). If you make a DIY movie, you don’t have to conform to the same standards as movies that have been financed by investors looking to make back money. So there’s not that pressure, and it frees up the filmmakers to operate as artists rather than as producers of a commodifiable product. Of course, this isn’t sustainable long-term if you’re looking to make a living in movies, but I think it’s a great starting point, for filmmakers to build confidence and trust in themselves.

Filmmaker: As a related question, having been a chronicler as well as a maker of no-budget production for so many years, how have you seen this mode of production changing, in terms of either practice, content or approach?

Audley: It’s a tough question because everyone has a different approach. In my work, it’s changed gradually over the years. My first film, Team Picture, was made with a tw0-person crew — the D.P. was also the producer, and the boom operator was whatever actor was not onscreen at the moment. We were able to do this because we were making a really low-key naturalistic movie – we filmed most of it in my house relying on natural lighting. There was no production design or hair and make-up, or visual effects. Over the years, the movies grew in size and complexity. Our 2017 film, Sylvio, which I would still consider a no-budget feature (we raised our 60K budget on Kickstarter), had maybe an eight-to-10 person crew. There was a lot more production design and attention paid to visual elements, but the general attitude on set was similar — it still felt like a group of friends getting together to make something. For our last film, Strawberry Mansion, the budget was significantly larger and the crew was bigger and there were multiple locations and tons of costumes and masks and moving pieces, and at that point, it starts to lose some of those intimate qualities of no-budget films, and becomes a different thing, which was both exciting and frustrating.

Filmmaker: I know you worked with the company that built Criterion’s streaming platform. What were the complexities and challenges of actually launching this site on a technical and design level? Are there new functionalities that you are planning to add going forward?

Audley: Luckily, I don’t have to worry too much about the complexities on the technical end because I trust our partners. In terms of design, we’ve always kept it simple and tried to remain focused on the films. The challenging part for me now is to organize the collection on this new platform to present the films in a welcoming fashion, and encourage discovery of new films and filmmakers. Maybe down the line we will implement new functionalities but, for now, the bones are there, and it’s just about the curation.

Filmmaker: What’s the criteria for landing a film on the NoBudge site?

Audley: There’s no real set answer to this. We consider everything from straightforward narratives to avant-garde dance pieces. Serious film festival-type fare is mixed with alt comedy films. We sprinkle in some animated films, some documentaries and some web series’. The only thing we don’t do is commercials or branded content.

I try to program a pretty even split between styles, but I tend toward films that don’t easily conform to codified genres. I like distinctive characters, complex situations, films about identity, films that are beautifully shot, have a lot of tone or atmosphere.

Filmmaker: For a filmmaker who wants to maximize the impact of their short — whether that’s after a NoBudget premiere or not — what are some things you recommend they do in terms of reaching out to press and industry?

Audley: This is the hard part. For whatever reason, short films aren’t really in the cinephile conversation. But there are plenty of online sites devoted to screening shorts, and obviously tons of film festivals. I would do my research to find the ones that seem to fit the style of your film. Of course getting into a big film festival is your best shot at making some quick headway, but there are plenty of routes. I don’t like to think of shorts as calling cards, but they can be invaluable in proving to potential collaborators that you can make a good film. I also do some acting as well, and if somebody asks me to act in their movie, the first thing I do is watch their previous work. If they’ve made a really good short, sometimes that’s all I need to see.

Filmmaker: Finally, what are a few titles you’d point our readers to that they might not immediately come across on first pass?

Audley: One of my recent favorites is a film called Staff Pick. It’s hard to make meta stuff feel fresh these days, but here’s a film that does that in this really striking manner. It’s a movie about the creative process and collaboration that’s told in a dark, penetrating way. Another is a film called Ear Ache which is equally dark, but also funny, about this miserable actor in L.A. struggling through a terrible ear ache. The director is Alex Kavutskiy who we’ve featured several times, and there’s an incredible performance that carries the film by DeMorge Brown. On the more experimental side, I might point to a recent film called Waterfall, a beautifully shot exploration of the line between artistic collaboration and friendship. Beyond these, there are hundreds of others that I think are equally interesting. For people new to our platform, I curated some NoBudge Starter Packs featuring some of my recent favorites. I think that’s a great place to start.