Culture Hacker: It’s All about Story 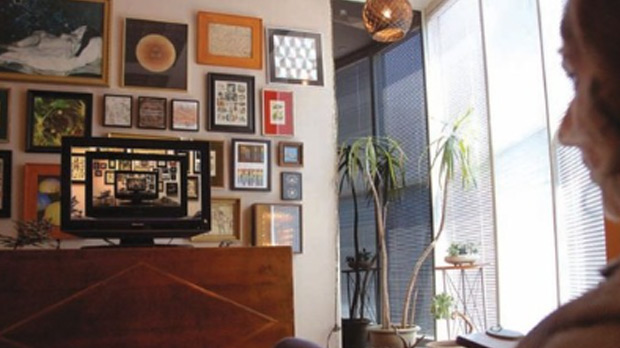 by Lance Weiler
in Columns, Filmmaking, Transmedia
on Jul 20, 2010

It’s tempting to get distracted. It happens to filmmakers all the time. Concern over gear, building audiences, developing social media strategies, new tools, new services. The promise of transmedia (the ability for a story to live beyond a single screen, device or medium) offers such rich storytelling potential. But for some it will become yet another distraction. Case in point: After a recent speaking engagement I was approached by a group of filmmakers. Some were trying to figure out the value of transmedia while others said with a sense of pride that they’d designed the perfect transmedia experience, as if it was something to check off a list. There was the Web component, a mobile series, a game and an app, not to mention an assortment of social media accounts thrown into the mix. It was if by adding more to their project they’d be guaranteed an audience in a media-saturated world.

Now don’t get me a wrong, I’m a strong proponent of filmmakers embracing emerging creative opportunities. But when I posed a simple question asking what the filmmakers with the perfect transmedia strategy were trying to say there was a moment of pause. I wasn’t asking about the plot or characters. I was looking for the passion behind the project. What was it that the filmmakers needed to say? What was their story really about? Interestingly, that simple question became paralyzing.

I’ve been there. I’m guilty of it. After all, most films are underdeveloped. It’s easy to fold to the pressure of what seems like a limited window of opportunity. The gut-wrenching feeling of “it’s either now or never!” But after finishing my last project I made a promise to myself that I would let the next one grow organically. By doing so I discovered that I could use transmedia as a way to develop the stories I wished to tell.

Transmedia is so much more than marketing and promotion. Of course, transmedia can benefit a project during a release or before, when a filmmaker attempts to build an audience. It also has value with regards to how a project can be funded and packaged. But let’s put that aside for a moment and focus on the creative side.

Transmedia isn’t a magic bullet, and while I can see ways for it to work for most projects, it isn’t for every filmmaker. It is more work and in some cases will involve skills that are beyond your initial team.

As the category is shaping itself I wanted to take a moment to make a plea for experimentation in the ways you design and craft your stories. The following are some examples of how transmedia might prove useful in the development process.

Transmedia can be an excellent R&D (research and development) tool. It provides a way to test story concepts, experiment with characters and explore story pacing across devices, platforms and mediums. The following are two simple examples that make use of Twitter.

BPglobalPR Provides satirical commentary around the oil spill in the gulf by role-playing as if this Twitter account was the official PR voice of BP. BPglobalPR’s frequent tweets to almost 200,000 followers keep the spill fresh in people’s minds, help raise funds for healthygulf.org and tie into various real-world events.

Ferris Bueller’s Day Off Over the course of eight hours the John Hughes film Ferris Bueller’s Day Off was mirrored via Twitter. Key characters were given a Twitter and Facebook presence. The success of the Twitter play has lead to a Chicago tourism promotion that experiments with a Foursquare version enabling sightseers to check in throughout the city as they attempt to recreate Ferris’s infamous day of hooky.

The way I work with my writing partner Chuck Wendig has changed. Instead of starting with a treatment or outline we now start with a Storyworld Bible, which is a cross between a Series Bible used in TV and a Game Bible used within the creation of video game properties. It is within the Storyworld Bible that we place the rules of the world, lay out in detail the characters and their relationships, define the themes we wish to explore, and document details surrounding the overall storyworld. In the end we use the Storyworld Bible as a filter through which the feature film script is developed.

We recently received funding via co-productions and innovation funds to turn elements found in our Storyworld Bible into a transmedia experience consisting of serialized content, mobile apps and real-world events. The Storyworld Bible is being used as a format and style guide for transmedia extensions that will be shot and staged in London, Berlin, Paris, Barcelona and Rome. Transmedia can be used to develop game experiences that can function as rehearsal exercises for actors and crew. I’ve found that they can create a bonding effect while also igniting excellent problem-solving and brainstorming sessions.

Recently while in San Francisco I had the opportunity to take part in the JeJune Institute, an immersive experience that plays out within empty office buildings and the streets of Chinatown. Over the course of JeJune’s three episodes you meet other players and discover parts of the city while working to uncover an engaging mystery. JeJune is free to players and is supported by local sponsors. There are also a number of points of purchase made during game play, including small items that are used within the game.

While JeJune is intended for the general public it isn’t hard to see how it could be applied to the development of a project. In fact creator Jeff Hull of experience design shop Nonchalance explains how JeJune has developed its evolving story.

“When we began the project it was all about the experience, and the story was secondary,” he says. “But you can see, with each subsequent episode we’ve produced, the story has become primary. Just the way that storytelling techniques in film had to evolve, such is it with this emerging medium. And yes, we beta-test each experience extensively with volunteers before we launch it publicly. We learn a lot about the way that people synthesize information through these tests.”

In an effort to expand an understanding of what works and what doesn’t in transmedia, Christy Dena recently started You Suck at Transmedia. Here she shares some of what she’s learned:

“Not many people realize there are slightly different skills, strategies and constraints to projects that begin as transmedia or become transmedia. I’ve worked with practitioners at the concept development stage, helping them engineer story and characters that are amenable to a long-term and multimedium rollout. I’ve also worked with practitioners who come to me after they’ve created their film, helping them find what opportunities there are in what they’ve already done. Beautiful stuff can and does happen with this approach, but the process is constrained by what has already been created… which is usually a story designed to be experienced in a single medium, once.”

What’s exciting is there are no rules in terms of how to develop, design and deploy transmedia storytelling experiences. In the end it comes down to what best serves the story that you’re attempting to tell, what will make it travel the furthest and resonate the most.

There are a number of additional resources and opportunities emerging that attempt to assist filmmakers with the resources and skills needed to design engaging transmedia storytelling experiences.

The Sundance Lab was a transformative stop for my recent project. It was a pause button where we were given time to focus on story. Everything else faded away. The construction of the Lab and the quality of the mentorship was key to creating a rich environment for discovery. Their support of a transmedia project within the Lab is an indication of the Sundance Institute’s dedication to emerging forms of storytelling.

Transmedia lends itself to storytelling that can travel not only across platforms and devices but embraces the global potential of storytelling. Power To The Pixel is pushing the art and craft of transmedia storytelling within Europe. Their lab helps to develop projects, their “Pixel Pitch” connects projects to funders, and their Power to the Pixel conference provides insight from top digital thinkers and innovators.

• Culture Hacker Transmedia coverage by those working in the space (including me). A look at transmedia design, tips and tricks. Plus if you’re looking for help it’s a good place to find an experienced designer and/or story architect.

• Jawbone TV An excellent resource that consists of interviews, reviews and coverage of all things story in the interactive space.