My Job During a Pandemic: Launching a Film Publishing House 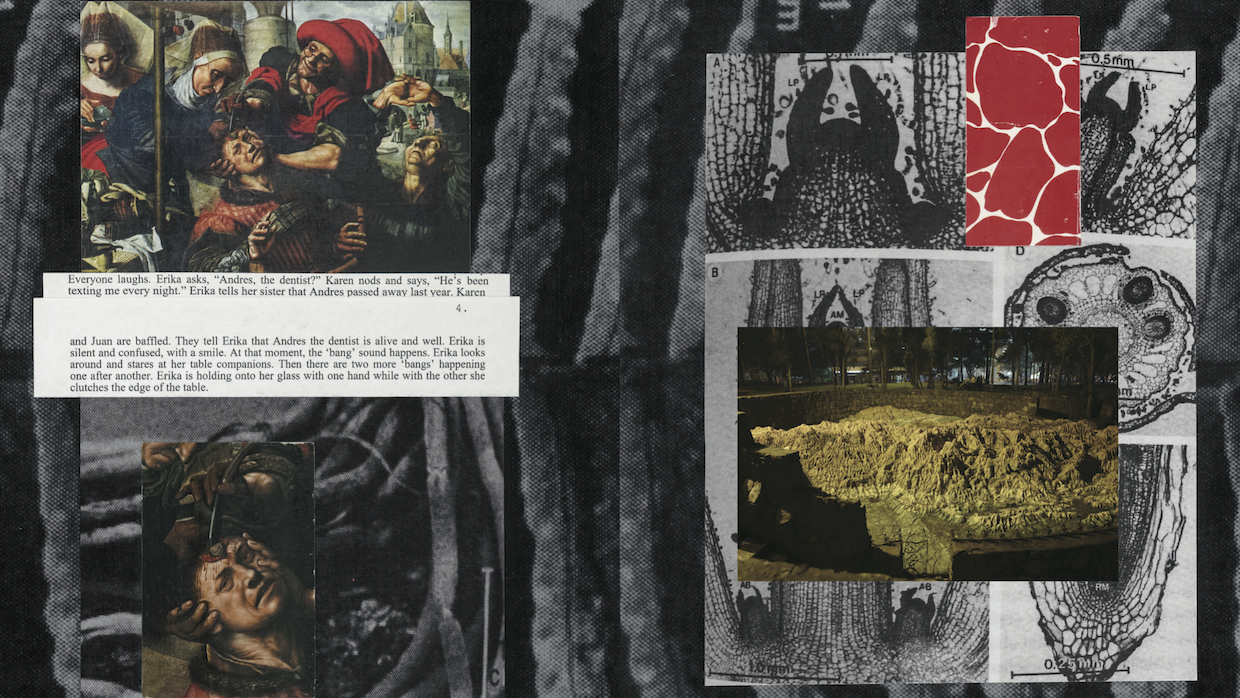 by Annabel Brady-Brown and Giovanni Marchini Camia
in Issues, Reflections
on Oct 11, 2021

We’d been planning the launch of the publishing house for two years before the pandemic made a joke of all timelines and schedules. Our original idea was to inaugurate Fireflies Press in 2020 with the art book Memoria, a chronicle of the making of Apichatpong Weerasethakul’s new film that exemplifies the creative forms of commentary we’re interested in exploring with the press. What better launching pad, we thought, than the film’s much-anticipated premiere at Cannes in May?

On February 27, 2020, our designer and art director James Geoffrey Nunn flew to Berlin for what was supposed to be the start of an intense two-month work period. (That’s how the three of us had always produced Fireflies magazine. Although Annabel and James moved back to Melbourne after issue one, we made sure to be in the same place for the final stretch of the subsequent issues.) When James landed in Germany, things were still relatively normal, with the virus safely “elsewhere.” Two weeks later, the Australian government urged all citizens to return immediately, threatening that they might otherwise be unable to re-enter the country (at time of writing, 40,000 Australians are still stranded overseas). James fled the next day at exorbitant expense. Another week later, Cannes announced the festival would be postponed, though by that point no one believed it could take place. When it was eventually canceled, Apichatpong’s film got stuck in release limbo, along with our book. Meanwhile, production adjusted to the grim reality of life under lockdown and weekly Zoom meetings.

As progress on Memoria crawled forward without a deadline, we shifted our focus to the Decadent Editions, which were already in the works. The intention had always been to open the 10-pocketbook series with Nick Pinkerton’s response to Goodbye, Dragon Inn, a movie that distills so many of the discussions around film culture and nostalgia that inspired the series. As the pandemic picked up speed, though, eerie parallels emerged between Tsai Ming-liang’s film from 2003 and our lives in 2020, with cinemas shuttered (some for good) and memories of human contact suffused with melancholy. These became so glaring, Nick felt compelled to write a preface addressing the unexpected elephant in the room.

Despite such resonances, to launch the book—and our still-unannounced publishing house—in 2020 would’ve meant, effectively, to launch into a void. Most bookstores were physically closed, and among those that were open or trading online, few were taking new stock—especially from an unknown independent publisher like us. We delayed the announcements until December, when they could actually get some attention. While putting the final touches on Goodbye, Dragon Inn we were able to ready the next Decadent Editions title, Erika Balsom’s Ten Skies, on the 2004 James Benning film. Fact checking was a real challenge. Both books have extensive bibliographies, compiled for the most part while libraries were still open; without that resource, we became, ironically, well acquainted with the cyber-netherworld of book piracy.

2021 brought a whole new set of delightful surprises. At the start of January, when the pre-sale of Nick’s book had been running on our webshop for a month, our fulfillment service informed us that, due to the pandemic, the German postal service had hiked up postage costs to the U.S. Shipping the Goodbye, Dragon Inn copies that we’d already sold to people stateside would now cost us some additional €2,000. We luckily found a way of sending those copies ourselves at the old price. Filling out 400-plus shipping labels individually (no, the German post does not have a system for doing this in bulk), packing and carrying all the books to the post office was far from ideal, but it was preferable to bankrupting the publishing house before we’d even started. At the same time, the sudden flood of new export fees and customs red tape after Brexit effectively paralyzed our U.K.-based distributor, and the boat that got stuck across the Suez Canal only exacerbated the snafu. Intercontinental mail now mostly went via sea freight. As Nick’s book took weeks and months to travel across the world, we answered hundreds of emails from people eagerly waiting to read it.

In March, Goodbye, Dragon Inn launched while the lights were still out in U.S. cinemas. Instead of the majestic screenings of Tsai’s recently restored film with which we’d envisioned launching the book, Nick—avoiding an abject Zoom launch—held a COVID-safe event at East Village’s Mast Books with a maximum of eight people present at any one time. Fortunately, by the release of Erika’s book in June, U.S. cinemas were starting to reopen, and we were touched that many people reached out to help make things happen when we couldn’t. We’re so grateful to Light Industry and Acropolis Cinema, who organized screenings in New York and Los Angeles—though we’ll admit it was strange to see events around the world happening without us. In Melbourne, which has cycled in and out of lockdowns all year, the Ten Skies screening at ACMI was postponed twice before the print had to be shipped to New York and thus, heartbreakingly, was never shown in Australia. (This print from the Arsenal cinematheque in Berlin has traveled more than any of us could dream of in 2021: after N.Y., it flew back to Berlin for a screening at HKW, continued on to London’s Open City Documentary Festival, and soon will be off to Porto/Post/Doc in Portugal.)

Despite the frustrations and obstacle course-like experience of the last year and a half, we’d be lying if we said the extra months imposed on us weren’t, at least in some respects, a blessing in disguise. Our original timeline for Memoria turned out to be absurdly, foolishly tight. Thanks to the elaborate, 76-page collage that James concocted from the mass of research material Apichatpong shared with us, the book took over a year to finish—we barely managed to go to print in time for this year’s Cannes. But the film did finally premiere, the book’s now in stores and the third Decadent Editions title, Melissa Anderson’s Inland Empire, will soon hit shelves. In addition to three publications, thanks to a global cinephile community we can also look back at a world tour and sold-out houses for a film that is literally 100 wordless minutes of sky. It seems cinema is, once again, sticking it to the doomsayers.